Following the January rampage on the Capitol, leading banks paused their political contributions – and in so doing highlighted the sometimes uncomfortably cosy relations between finance and the US government.

Goldman Sachs – famous for its close ties with US lawmakers – suspended all political spending, while JP Morgan Chase and Citigroup temporarily halted donations. In the US, the financial sector is by far and away the most generous donor, giving hundreds of millions to political campaigns.

There’s a nagging suspicion that these bonds have been exploited at the expense of the wider public, boosting the problem of insider trading – which is exceptionally hard to prove. Who knows what’s said behind closed doors, and what information might be passed on in private and exploited for personal gain? Without the emails, phone conversations and messaging details that logistically difficult investigations can dredge up, we’re left only with a sense that something doesn’t smell quite right.

But by picking out patterns amid the noise of data, it’s possible to spot when individuals might be illegally using information to trade and line their own pockets.

We’ve analysed the trading performance of more than a thousand well-connected professionals at 225 banks in the US during and after one of the biggest ever government bailouts of the banking sector. This is what came to be known as the $700 billion Troubled Asset Relief Program (TARP), which saw some $250 trillion disbursed to prop up the stricken banking sector in 2008 amid the financial crash.

For the first time, we have managed to find evidence that individual banking executives who have political connections to the Treasury made unusually large gains around the time of the 2008 bailout. And they seemingly did so thanks to information not from within their own banks but from public office.

These individuals didn’t make these higher returns in calmer times; their gains were limited to the bailout

Links between finance and government have long been famously close: two former chief executives of Goldman Sachs have gone on to leadership roles, while a Goldman Sachs industry lobbyist has gone on to take up roles within the US Treasury.

Individuals not banks made gains

Our analysis showed this insider trading benefits only the individuals with connections – and presumably the inside track on government policy – rather than the banks they work in. Yet these individuals didn’t always trade so profitably: they didn’t make these higher returns in calmer times; their gains were limited to the bailout.

Consider this in the light of how TARP was hammered out: behind closed doors among banking executives and government officials. Knowing the size and structure of a bailout in advance would confer great benefits for bankers seeking to trade their own company shares.

No one in the public domain knew in advance how much a bank would receive, and we’ve shown that, if a bank received close to the amount it requested, then the better the returns for those connected executives.

All this points towards individuals being more than willing and able to exploit their handy political connections and privileged information for personal gain. It’s one thing to be an insider trader privy to information about your own company – it’s quite different to get this information from a government crony. Perhaps authorities need to start looking more closely at relationships beyond close family connections – how much sway do friendships have?

From government to lobbying

And this raises another question: what was their quid pro quo? At these levels, nothing comes for free. It would be naïve to think they would give nothing in return. If you owe someone a favour, you might be inclined to perhaps employ a relative or repay in kind with insider tips. When there are winners, there will also be losers in the form of smaller customers and the wider public.

No doubt in the wake of the massive funds diverted to propping up the global economy during the pandemic, there’ll be instances of white-collar crime and insider trading. One of the first executive orders signed by President Joe Biden was a reinforcement of former President Barack Obama’s ethics pledge, which includes banning former administration staff from joining the ranks of the lucrative lobbying industry soon after they leave government. This comes in the wake of hundreds of staff jumping across to the Washington influence industry during Donald Trump’s presidency, where they were hired to pressure government policy over the pandemic. Cronyism, nepotism and profiteering haven’t gone away.

Professor of Finance
Professor Peydró's research on systemic risk, macroprudential policy and the causes and impact of financial crises has made a significant contribution to the development of a new regulatory paradigm for the financial sector since the 2008 financial crisis.

His research interests span a wide range of factors affecting the stability of the financial system, including credit markets, capital and liquidity, financial contagion, fintech and innovation in banking and financial services, and the globalisation of finance.

Alongside his role at Imperial, he is a Catalan Institution for Research and Advanced Studies professor of economics at Universitat Pompeu Fabra, a research professor at the Barcelona Graduate School of Economics, a Centre de Recerca en Economia Internacional research associate, and a research fellow at the Centre for Economic Policy Research in London. 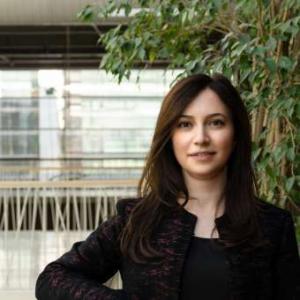 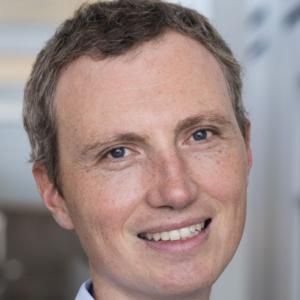