Received wisdom has it that low rates boost economic growth, spreading wealth across society. But Professor José-Luis Peydró and his colleagues have been able to reveal the truth

Higher fuel costs stoked by the crisis in Ukraine have refocused attention on the inequalities of income and wealth. Rising prices threaten to hit the poorest the hardest, but at the same time higher interest rates can hit families with mortgages and consumer loans; both of which could fuel a recession that would again make life harder for lower income households.

But lower rates, which have been the norm in developed economies for the last decade, aren’t an economic cure-all.

Examining the effects of interest rates through tax records

We’ve been able to investigate in granular detail who gains, and by how much, when central banks ease rates, in a bid to understand the underlying dynamics of wealth and income. With access to individual-level tax records of the entire Danish population over the course of nearly three decades, we’ve been able to get their levels of income, spending, assets and debts. This amounts to some 70 million individual observations between 1987 and 2014.

By looking at information such as salaries, share dividends, costs of debt, deposits, value of stocks and houses, and spending (via a record of car purchases), we’ve established a clear idea of how families across economic spectrum fare when rates rise and fall.

There are some clear winners and losers. When rates fall, disposable income rises for high and low earners, but it’s households within the top one per cent of income who benefit most. We found a one percentage point drop in interest rates boosted the incomes of these top earners by five per cent over two years, while the lowest earners saw only a 0.5 per cent rise.  Those in the middle saw an increase of 1.5 per cent in their income.

What is going on?

While lower rates do indeed boost employment, particularly among people with lower incomes, these higher earnings are eclipsed by the benefits the better off enjoy, in terms of healthier share dividends, better business income and cheaper interest costs.

When rates fall, disposable income rises for high and low earners, but it’s households within the top one per cent of income who benefit most

We also find younger people get the rough end of the deal. In terms of income, middle-aged households are more likely to be self-employed and have more debt. Lower monetary policy rates mean they earn more, have access to cheaper finance and better business benefits than their younger and older counterparts. In terms of wealth, the elderly are more likely to have investments and property portfolios, and hence benefit the most.

In order to ensure our readings are accurate, we used this data to model the results of a similar easing of rates – and the results backed up our findings. Our exercise showed lower rates boost disposable income for the wealthiest by some 3.5 per cent over two years, but for the lowest on the rung, incomes fall by nearly two per cent.

Interest rates – monetary policy – are one of the main methods that central banks possess to try to prevent entrenched inflation and ensure a robust economy. But this data dispels the fantasy that lower rates make for a balanced economy where everyone benefits – rather they serve to increase than reduce inequality. 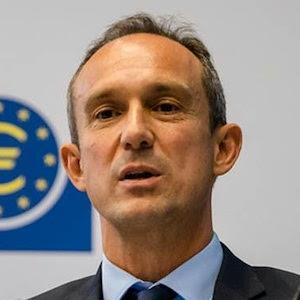 Professor of Finance and Deputy Head of Finance
Professor Peydró's research on systemic risk, macroprudential policy and the causes and impact of financial crises has made a significant contribution to the development of a new regulatory paradigm for the financial sector since the 2008 financial crisis.

His research interests span a wide range of factors affecting the stability of the financial system, including credit markets, capital and liquidity, financial contagion, fintech and innovation in banking and financial services, and the globalisation of finance.

Alongside his role at Imperial, he is a Catalan Institution for Research and Advanced Studies professor of economics at Universitat Pompeu Fabra, a research professor at the Barcelona Graduate School of Economics, a Centre de Recerca en Economia Internacional research associate, and a research fellow at the Centre for Economic Policy Research in London.