Lessons from the collapse at GE

Investors worried about carbon risks need to be looking at industries beyond coal, oil and gas.

In October 2018, GE parted company with John Flannery, its CEO for the previous 14 months. Announcing the departure, the business also said it would write off about $23 billion in its power division, its largest segment and the world’s most important manufacturer of gas turbines.

The question many are asking is whether this is evidence of the implosion of a “carbon bubble”. While it is too early to draw firm empirical conclusions, we do see lessons to learn. There is great potential for an unexpected reduction in business value from a global swing away from fossil fuels and the competitive threat of cheaper solar and energy storage. But that may occur in economic sectors where people have spent little time looking for signs of trouble.

When Flannery became GE’s CEO in August 2017, there were few hints of the catastrophic problems to come. In the results presentation just after he was appointed, power division revenues were up five per cent year on year, and the conglomerate expressed great confidence in the future of its gas turbine sales.  At that time, the share price was $29. On the day before Flannery left, it had fallen to settle at $13 per share, wiping out over $100 billion in shareholder value.

Thus far, investors concerned about the impact of climate change on asset valuations have focused almost exclusively on the fossil fuel corporations. The crisis at GE shows they may be looking at the wrong businesses. Coal, oil and gas out of the ground should see gradual decline over time, but it is likely to be a slow, mostly predictable process. There are nearly one billion cars on the world’s roads today; they will continue to use gasoline and diesel until they are scrapped. Even with massive new electric vehicle penetration, the structure of the global refined oil product markets puts an inertial brake on demand decline.

The collapse in the markets for GE Power’s goods and services, on the other hand, went quick. It raises an interesting hypothesis that the companies downstream in the fossil fuel value chain may suffer first, not the upstream owners of the carbon products assets themselves. While it’s too early to judge whether the crisis at GE is indicative of a broader trend for downstream suppliers, there are some lessons to be learned. We offer some suggestions here to those watching for early signals of carbon risks in other industries.

GE remains the world leader in manufacturing new turbines for large gas-fired power stations. In March 2017, it estimated an average of 78 gigawatts of turbine capacity would be installed across the globe in the years to 2026. By mid-2018, GE told its investors the number would actually be below 30 gigawatts for 2018 and about the same for the following two years. This year’s global sales represent a reduction of about 45 per cent on estimates of little more than a year ago.

Analysts had uniformly agreed with GE’s earlier forecasts. Few saw the dip coming as it was universally assumed the turbine market would continue to be buoyant. Natural gas would, after all, act as a standby fuel for variable solar and wind power. The reality was different.

There are nearly one billion cars on the world’s roads today; they will continue to use gasoline and diesel until they are scrapped

After growing at an average of 4.0 per cent a year in the previous 10 years, electricity production from gas turbines only rose 1.4 per cent in 2017. Renewables have been growing faster than expected, now providing more than half of the world’s annual increase in power requirement. In the first three quarters to June 2018, 32 gas turbines were ordered from GE, compared to 51 in the same period of the preceding year. And it’s not just GE: Siemens, its largest competitor, reported lack of demand pushed down the price for turbines 30 per cent between financial years 2014 and 2017. GE’s reversal was even more spectacular:  turbine revenues were down 49 per cent in the third quarter of 2018 versus previous.

The wider lesson: Producers of capital goods such as turbines that are sold to provide extra capacity are vulnerable to even small changes in the rate of growth of their markets. The absolute size of the market matters far less than whether it is expanding or not. In another example, the construction of new petrochemical plants is sound business if oil use is growing – but if it is stable, or even slowing, then suppliers of new equipment will suffer. Both sale realised prices and quantities sold can fall sharply.

As the demand for gas-generated electricity stopped rising, GE’s revenues were also affected by a fall in the needs for both emergency repairs and planned maintenance. Power plants that work a smaller number of hours per year typically fail less frequently. GE reported in October 2018 that service orders were down 15 per cent in the third quarter of 2018 compared to the year before. Even an activity that must have seemed extremely secure – the servicing of the huge installed base of GE turbines – was vulnerable to the small shift away from gas as a fuel for electricity.

The wider lesson: Small changes in utilisation can produce substantial swings in revenues to those supplying services. Note the price of ocean freight transportation is highly sensitive to variations in the amount of oil being shipped: a fall in volumes produces stark reductions in rates, reducing the returns for owning tankers.

Older power plants can benefit from GE’s advanced gas path (AGP) product, which improves the efficiency of converting gas into electricity. This activity has also seen similar downward pressure on sales. The latest public data showed sales of six AGP’s in the first quarter of 2018, versus 21 a year before. AGP sales have fallen partly because gas turbines are tending to operate fewer hours per year. A utility deciding whether to invest the millions needed to improve performance will see far lower returns if the power plant is expected to be idle for most of the time.

The wider lesson: Similar effects are going to be seen, for example, in conventional car engines. Why should auto manufacturers continue to back component suppliers who promise better fuel efficiency if the total sales of internal combustion engine cars start falling as electric vehicles move into the mainstream?

GE also sells smaller gas turbines that are similar to jet engines. These are normally used to provide electricity to meet short peaks in demand. Everybody expected this segment to be a bright area of growth. The swing towards renewables was expected to produce a greater need for turbines that can respond within seconds to a call for power.

Once again, the reality has proved to be very different: in the second quarter of 2018, GE took orders for three “peaker” turbines, compared to 12 in the same quarter of 2017, a reduction of 75 per cent. The security offered by these turbines may become increasingly unnecessary as large commercial and industrial customers, and utilities, get better at adjusting their power needs to match short-term availability. Improving economics for large storage batteries is also undermining the role of “peakers” around the world.

The wider lesson: The growth of alternatives to fossil fuels will not necessarily result in increases in sales of products that are designed to make “old” work well alongside “new”. In the case of automobiles, for example, many people see plug-in hybrids as a bridge to the world of fully electric transport. But the battery-only car is improving so fast that it will be fully competitive with the internal combustion engine within a few years with the right business models. Suppliers focusing on components for hybrid cars could see rapid reductions in demand.

All the parts of GE’s flagship division have struggled against the headwinds caused by the growth of renewables and the improvement in ability of utilities to intelligently match electricity supply and demand. The value destruction of tens of billions of dollars of GE market cap occurred after solar and wind had grown to just eight per cent of world electricity output. Let this be a warning. Asset values for firms supplying the fossil fuel economy may fall precipitously with little warning and far earlier than could be foreseen. Investors need to broaden their concerns over carbon bubbles to a wider group of businesses. 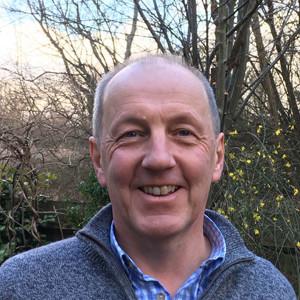 Author-in-Residence, Centre for Climate Finance & Investment
Chris Goodall is an analyst, writer and speaker focusing on the transition to low-carbon energy sources across the world. 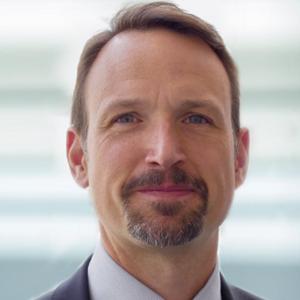