The rise of the intangible economy: how capitalism without capital is fostering inequality

As companies have come to invest more in intangible assets than tangible ones, it’s had a big effect on business models and social division

Early on in this century, a quiet revolution took place: businesses began putting more money into the sort of stuff you can’t see than they did into concrete assets. From the mid-2000s onwards, companies have been investing more in ‘intangibles’ such as branding, design and technology than they have in machinery, hardware or property.

Businesses such as Uber don’t own cars, they own software and data. Coffee bars and gyms rely on branding to help them stand out from the crowd. Pharmaceutical companies have vast budgets for marketing as well as research and development.

This is capitalism without capital. But why does this matter? Alarmingly, it seems to be fostering inequality and social division.

If a company with intangible assets folds, those assets can’t be sold off easily – effectively, their value has sunk with the company

At first glance, you’d think the prominence of intangibles might spill over and help smaller companies keep up with the bigger players – it’s relatively easy to copycat prominent business models. Every smartphone now looks like an iPhone, for instance – so doesn’t the whole industry benefit from scaling up design and technology?

But the opposite seems to be happening. While the bigger companies – the likes of Google and Facebook – are getting bigger, smaller businesses are faltering because they struggle to get investment. Frontier companies are breaking away from the laggards and the data suggests these divisions will only widen. What’s going on?

Bigger companies are more likely to have resources to allow them to benefit from synergies between intangible assets – some elements are more valuable together. In creating the iPod, Apple combined MP3 technology with licensing agreements, record labels and design expertise to produce a winning product. This ability to combine different technologies and then scale up helps these companies to dominate markets – and the gap widens.

But smaller companies also suffer because we don’t have a finance system that’s caught up with the new order. Banks are struggling to understand how to value and monitor intangible property. In the old days, if a company went bust, a bank could recover its money by selling physical assets – buildings or machinery for instance. But if a company with intangible assets folds, those assets can’t be sold off easily – effectively, their value has sunk with the company. So smaller businesses don’t have that same access to bank loans. They’re more reliant on venture capital and angel investors – and this is a very different model of financing from traditional bank lending.

This works well in some parts of the world – in Silicon Valley or in Tel Aviv for example. Elsewhere, the best outlook for a technology startup is to do business for three or four years before being bought by Google or someone similar – bigger companies have enough internal finance not to rely on the banks.  That might work well for the individuals but it means larger firms will grow ever more dominant. A lot hinges on us having a finance system that’s fit for purpose in the intangible economy.

In the UK, we are betwixt and between. We have successful clusters of biotechnology and also creative clusters around gaming and entertainment. But more widely, companies with intangible assets struggle to raise investment. Speculative finance works if only if there’s a bedrock of savvy investors with experience whom everyone looks to before following suit. And this ability to make a judgement seems to be constrained by national boundaries.

This has a knock-on effect in areas you might not expect. In the UK we’re terrible at building houses. This matters because groups of people need to be physically close to each other for the right kind of synergies to occur. Someone with a Harry Potter-style script isn’t going to bump into a computer-generated-effects expert or a talented actor in a small village in the Cotswolds: they need to be in cities, but our cities are too expensive for many people to live in. So the rise in the intangible economy calls for policy makers to be aware of the kind of knowledge infrastructure that we need (slick communication technology, education, wise urban planning and public science spending), which can help promote clusters better than roads and runways.

But this kind of economy, which benefits from synergies and serendipitous meetings, can create a social gap between city and country dwellers. People more open to new ideas and experiences might reap more rewards from the intangible economy – but the flip side is that this could leave more isolated populations feeling ever more left behind.

We’ve heard much about a decline in the rate of productivity in the UK. Since the recession of 2007–08, the pace of growth in intangible investment has slowed down, partly due to lingering uncertainty and difficulties in our finance system. But this has a far reaching effect: it’s dampened the benefits of spillover technologies and knowledge, which in turn has limited how much companies can scale up and expand. And it’s this that has caused our productivity to stagnate.

This new economy also gives us a new perspective on education. We’re used to hearing about the urgent need for more science and engineering skills – received wisdom suggests it’s no longer worth studying ‘fluffy’ subjects such as history or other humanities – but, increasingly, the intangible economy will rely on those who are capable of pulling all the disparate strands together. Success in this new economy will not only come to people with the right creative and technological talent: it will come to people with the soft skills and leadership required to organise them.

Jonathan Haskel and Stian Westlake’s book, Capitalism Without Capital: The Rise of the Intangible Economy, is available now from Princeton University Press. It was named one of the Books of the Year 2017 by both The Economist and the Financial Times. 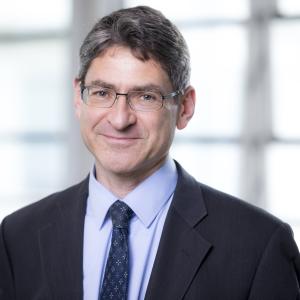 Chair in Economics
Jonathan Haskel is Professor of Economics and a member of the Bank of England’s Monetary Policy Committee. His main research interests are productivity, innovation, intangible investment and growth.