In July, Donald Trump’s administration came under fire for its declared opposition to breastfeeding. A report in The New York Times detailed how US Government officials bullied other nations, via threats of punitive trade moves and withdrawal of military support, in an attempt to prevent the passing of a global resolution encouraging breastfeeding.

The World Health Organization resolution is based on decades of research that overwhelmingly shows the health benefits of mothers’ milk and warnings that parents should not be misled by inaccurate marketing by infant formula firms. That makes the Trump administration’s opposition to the resolution baffling. And while the resolution concerns mothers, there is much at stake for businesses that must now think carefully about their workplace breastfeeding policies — a sensitive subject.

A survey done by The Washington Post found mothers in the US still often need to express milk in public locations such as toilet stalls, under their desks, storage closets, or conference rooms as they have no access to appropriate and hygienic facilities in which to breastfeed. To address this undignified situation, 25 states have introduced workplace breastfeeding policies over the past 20 years. These either require or encourage employers to provide separate and private facilities (and breaks) to allow mothers to express breast milk in the workplace.

Breast is best for business

We have conducted research into the impact of these policies on breastfeeding rates, absenteeism, and the within-household gender pay gap. Our results confirm the policies are successful in supporting mothers to reconcile employment and child-rearing responsibility. First, the policies help to reap the well-established health benefits of breastfeeding to newborns and mothers. We found that states with legislation experienced an increase in breastfeeding rates compared to states without legislation; the effect was stronger for states in which the policies were enforced. Women who breastfeed are less sick and so are less absent from work. A 2016 Harvard University study estimated 3,340 premature mother and baby deaths a year could be prevented in the US alone given adequate breastfeeding.

These productivity gains have measurable aggregate benefits to the wider economy. A 2016 study in The Lancet found universal breastfeeding could yield $300 billion in savings from reduced healthcare costs and improved economic outcomes for people raised on breast milk.

Ultimately, workplace breastfeeding policies improve gender equality in the workplace. We found they reduced the within-couple earnings gap (the difference in pay between men and women in relationships) by approximately 25 per cent.

The lack of family-friendly policies is one of the reasons for the lack of women in the higher ranks of business. Half of firms have no female top executives, and less than five per cent have a female CEO. There is no paid maternity leave in the US, and many women take time out of work to look after their children. Breastfeeding policies can encourage mothers to go back into work sooner and reduce discriminatory behaviour in the workplace by creating a more family-friendly environment. It also encourages businesses to develop their own policies on maternity leave.

Breastfeeding policies will allow mothers to go back into the workplace sooner after giving birth, their skills will not depreciate as much over time, and they will have access to better opportunities for promotion. This will ultimately translate into higher earnings. And if women are earning more, and don’t need to breastfeed at home, they can better negotiate with their partners about who stays at home, potentially further improving the representation of women in the workforce. Harvard Business Review published a study showing firms with higher gender diversity have profits above the industry mean.

While our research shows a clear incentive for organisations to implement breastfeeding policies, the impact of the change would be felt by the milk formula industry. The $70 billion market has been struggling with falling sales in recent years as more women embrace breastfeeding. The industry is dominated by a small group of American and European companies: that may explain the regrettable decision of the Trump administration to side with corporate interests over the health and well-being of mothers and their newborns, as well as wider economic gains in the US and globally. 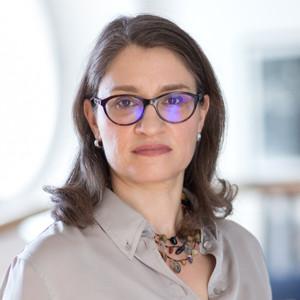 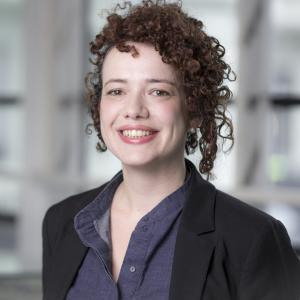 She is a fellow of Imperial’s Data Science Institute and currently leads the Health Research stream at the Data Analytics Centre, as well as participating in strategic groups on nutrition and vaccines. Professor Miraldo was also programme director for Executive Education course Advanced Management Programme in Health Innovation.

Her research focuses on the economics and policy of healthcare innovation, the impact of policies on organisational performance, and the behavioural determinants of decision making. Dr Miraldo has delivered several public talks and has published in many journals, including Social Science and Medicine and the International Journal of Infectious Diseases.

A look at the three things responsible leaders consider before making a decision.