What African tech startups can teach us about digital innovation

The African tech startup landscape is undergoing radical change, but what is helping certain businesses thrive in this new environment?

During the last decade, the African continent has pushed the frontiers of digital innovation, providing new choices for consumers and fresh landscapes for startups. More than 600 technology hubs now welcome mostly young entrepreneurs, with some startling successes. On top of which, the pandemic has accelerated digital takeup, allowing some ventures to leapfrog innovation cycles.

The latest figures show some $4 billion of investment was funnelled into African tech startups in 2021 and six unicorns have emerged on the continent. But what makes certain tech businesses flourish in these unique circumstances? To answer this, we need to consider several questions, such as:

We’ve encountered many businesses that have navigated national, regional and pan-African landscapes to scale with success, and explored what underpins their growth.

Our assessment reveals a plethora of different scaling models being used by tech startups on the African continent. Take Kenyan company OKHi, for instance, whose technology allows users who don't have a physical address the chance to create a "smart address". This tech solution also answers a problem for Nigerian banks. Nigerian digital payment unicorn Interswitch, for instance, had to verify the identity of new customers with a time-consuming visit in person. Now, OkHi’s technology promises to help Interswitch solve the “know your customer” problem digitally.

The African continent has pushed the frontiers of digital innovation

We also looked into whether the Silicon Valley model works in African economies, with some examples suggesting it does. Successful fintech startup Paystack, founded by two Nigerian entrepreneurs, was acquired by US fintech venture Stripe for $200 million. Founders of both companies were part of the same cohort at Silicon Valley-based accelerator Y Combinator, where they forged valuable relationships, with Stripe becoming an early investor in Paystack.

But what mix of local and international entrepreneurs makes for a successful startup? Kenyan startup Twiga, created by both Kenyan and expat founders, has become one of Kenya’s most celebrated success stories. The business has leveraged digital technologies to build supply chains for retail distribution, allowing smallholder farmers to bypass fragmented food supply chains.

Kenyan founder Peter Njonjo, who previously worked for Coca-Cola, brought his expertise in local supply chains and logistics, while US founder Grant Brooke had a background in strategy and finance. This mix has boosted the company’s rapid growth since its foundation in 2014 – to date it has raised $157 million.

Some startups have created their own solutions in the absence of such services or options to contract out. There’s Kenya-based Mdundo – a Spotify-style music streaming provider – which got around the absence of copyright deals by signing each artist individually, and by upholding and defending legal infrastructure.

We also considered whether where a company is first founded matters, looking specifically at two main models. Kenyan tech firm Cellulant, for example, has expanded from a ringtone provider to a digital finance business operating in 34 African nations. This is a home-grown venture, headquartered on the continent, and equipped with a deep understanding of how to navigate different national institutions.

By contrast, some global tech firms leverage mature investment environments in Western economies and operate largely on the African continent. The drone startup Zipline, for instance, is based in San Francisco and has raised more than $200 million, but mostly tests its model of drone-delivered medical supplies in Rwanda and Ghana.

Our study of scaleups on the African continent suggests change is on the horizon, with impending reforms and opportunities. For example, the ambitious African Continental Free Trade Agreement offers African nations a chance to cut out the red tape and could be transformative. Some countries are committing to adopting emerging technologies, with strategies to usher in artificial intelligence. And access to entrepreneurial finance is increasing, encouraged by maturing financial markets, such as the proposed joint stock market between Uganda, Tanzania and Rwanda. As a result, the next decade could spell opportunities for digital growth on a scale the continent has not yet seen. 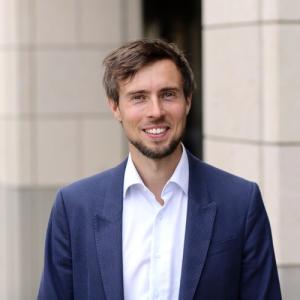 Assistant Professor of Innovation & Entrepreneurship
Tim Weiss is Assistant Professor of Innovation & Entrepreneurship at the Business School. His research focuses on the rise of start-up entrepreneurship, particularly in Kenya and the US, and building scalable businesses in contexts where there is no established blueprint for successfully commercialising innovation. Tim is also the editor of an open-source book on the digital revolution in Kenya.

Before joining Imperial in 2019, Tim was a postdoctoral researcher within Stanford University’s Management Science & Engineering department. Prior to obtaining his PhD and Master’s from Zeppelin University in Germany, he worked in international development aid in Kenya and Ethiopia.
You can find the author's full profile, including publications, at Imperial Professional Web Page 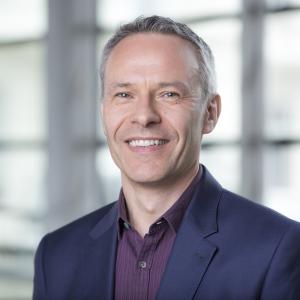 His research focuses on the business of science, science and technology entrepreneurship and university technology transfer. He is editor of the journal Innovation: Organization & Management, and his research was published in journals including Academy of Management Journal, Organization Science, Research Policy and MIT Sloan Management Review.

Markus has startup experience stemming from working at Greychip, a London-based startup company founded to create an e-learning platform. He holds a PhD in Sociology from Lancaster University.

You can find the author's full profile, including publications, at Imperial Professional Web Page

Profile: Markus Perkmann on how academia and businesses can successfully collaborate

Imperial College Business School's Professor of Innovation & Entrepreneurship on the difficult relationship between scientific research and the industries that want to profit from it.