Syamal Gupta (Mechanical Engineering 1965, MPhil 1986), who sadly passed away in April 2022, was Chairman of Tata Eastern Medical Trust, Trustee of Tata Medical Trust and the Honorary Consul General of Namibia in India, having previously been on the Presidential Advisory Councils of Tanzania, Uganda, Zambia and Ghana. He joined the Tata Group in 1956 holding various senior roles such as Director Tata Sons Board and in the group companies including Chairman of Tata International Limited.

He was deputed to Singapore to start Tatas first major International investment named Tata Precision Industry. In 1982 he was appointed Managing Director of Tata Exports now called Tata International Limited which was the global business arm of the Group. He expanded the companies activities across geographies and businesses into new areas.

Syamal sat on the Advisory Board of management consultancy firm Quest Partners and The Dean’s Advisory Board at Schulich School of Business, York University. He was a Fellow of Imperial College, a Visiting Professor at the Department of Mechanical Engineering and an Energy Futures Lab Advisory Board Member.

In 2016, he shared his memories of Imperial with us.

Can you tell us about your time at Imperial?

"When I studied, classes were small; we had tutorials with the very top professors and there was a very personal touch. I had 45 minutes with the then-Mechanical Engineering Head of Department, Professor Hugh Ford every three weeks, and he wouldn’t take phone calls.

I remember one time when I’d been talking rubbish for 45 minutes, I finally realised that I’d missed the point of the problem he’d set me to solve. He had listened so patiently. I was embarrassed but he said, ’What you’ve said is interesting. My job as a teacher is not to teach you what you may think, but to teach you how to think.’ It made for a lifelong memory.

I remember another time when I was in the vibration laboratory, and the results we wanted weren’t coming. Someone in my group proposed we cook the results, but our professor said that this could be the most important experiment of our lives. So, over the course of the next three or four hours we worked on the problem, and ended up finding what had been a very simple mistake. At Imperial you develop an analytical mind and you learn how to improve.

We had a very international class - students from Brazil, China, India, Hong Kong, as well as the UK. At Christmas time the library was open throughout the break and there was a security guard from Goa in India who used to bring me food from home. I had a classmate called John who was English. His mother used to complain that he spent too much time with us and she couldn’t understand the medley of accents he picked up!

We did have some very serious study groups, but Friday nights were always good - we used to go the Prospect of Whitby, or the Rising Sun. I remember sitting in the pub with one professor, who was interested in learning about my family and background, which was touching."

Who have you looked up to for mentoring and advice throughout your career?

"My mentor at Imperial was Professor Hugh Ford and he was a truly remarkable person. He choose to take me to a conference in Harrogate, which was on metals vs. plastics. We became strong friends and we stayed in touch until he died, but I never was able to call him Hugh as he requested.

His wife, Lady Ford, was wonderful - after finding out that I liked fish, she would cook salmon every time I visited them. There was an ongoing open invitation to visit their house in Chelsea, which I did many times over the years. I also introduced a lot of people to them, including Ratan Tata, Chairman Emeritus of Tata Sons."

Can you tell us about your illustrious career at Tata?

"I started as a trainee in the steel company part of Tata, and moved up through Tata Sons, Tata Exports and the Tata Group. Throughout, I maintained my interest in the latest technology developments - steel, glass, silicon. In fact, my greatest regret is that I didn’t push computer hardware and semiconductors more.

What drives me is thinking about the future. I’m a steel man, but the future of materials is fascinating. In the 1980s, I brought commercial solar power to India. I’d actually seen it on a visit to NASA. I was motivated to investigate greener solutions to generating energy by my experiences growing up in India and seeing chulhas, or coal burning stoves, which made homes full of smoke in the winter. Solar is renewable, sustainable, pollution-free, and a distributed power.

If someone was asked what I brought to Tata, they’d probably point to our collaborations - with BP, Rolls Royce, Mitsubishi, AIG, Bratten Witter, MacDonald Douglas. But I’m not a businessman, I’m a professional. I have always believed that short-term gain is a long-term disaster, and I truly believe that if you follow the technology the money will come."

Your career has been defined by innovation - you have frequently been at the forefront of new technologies and new ideas. Can you give us an example of your approach to innovation?

"I went to Germany to work on a rolling mill in the early 1960s. It was a big operation, but no one there could solve a problem they were facing. There was a material they used to core, cut, and put in a trough. When that trough was full, they picked it up, put it on a cooling rack, and then moved it onwards further. There were six different steps and it was slowing things down. The profit margins were low.

It wasn’t my job, but I thought that I should apply my analytical mind until I found a solution. The bosses were scared because no one had even proposed a solution for months. I worked on the problem in my own time and I took my drawings to the chief engineer of the factory. His eyes started to sparkle when I unrolled it before him. He took me to the chief engineer of the company, whose eyes did exactly the same thing. I basically changed the layout so that rather than be six operations, it was just one.

My training at Imperial shaped my approach to innovation because you spend some time studying what’s been done in the past, but it’s more about moving forwards. Imperial starts where others have ended."

You’ve maintained links with Imperial in lots of different ways - you’ve been a visiting professor in the Department of Mechanical Engineering, you’re on the Energy Future Lab advisory board, you are a Fellow of the College, you’ve just stepped down as the Chairman of the Imperial College India Foundation, and you’ve consistently opened doors at Tata. Why has this relationship lasted so long and been so strong?

"I’m grateful to Tata; while I’ve remained there for my whole career, they’ve given me a lot of free reign to pursue other things. That’s how I’ve managed to cross the boundaries between industry and education.

I thought that in developing countries like India we needed a leapfrog in technology and I knew that education would be a major element. Hence my interest in forming the Imperial College India Foundation, which was a way to promote Imperial in India, and Indians in Imperial. I’ve brought a lot of academics to India to hear lectures - I wanted students to find out what was happening around the world. I’m happy to be stepping down from the foundation now though - I think it’s time for some younger people to do it!

I think that Imperial and India will continue to have a strong relationship, and I hope that there will be a lot more collaborative research."

You’ve met so many global leaders - heads of state, corporate figureheads, academic heavyweights. You are also of course a impressive leader in your own right. What is your personal philosophy of leadership?

"I do think that there’s something inborn about leadership, but environment obviously plays a part too. Another ingredient is curiosity; when I was at Imperial I used to try to swap between two classes at the same time. The final element is character - you need to try to be truthful to oneself and to others. You can’t lie or give wrong information and you need to try to avoid jealousy."

Do you have any advice for current students?

I’ve been deeply influenced by the Tata philosophy of donating all of the profits back to society. The founder of Tata didn’t start out rich. When the company started 120 years ago, the founder told his sons that wherever they built, they should make sure that there are good roads, schools, hospitals, and living conditions. That’s the culture at Tata - a belief that one can live well if the society lives well. What comes from the people must go back to the people; this is a statement I hear, listen to, and hope I follow. " 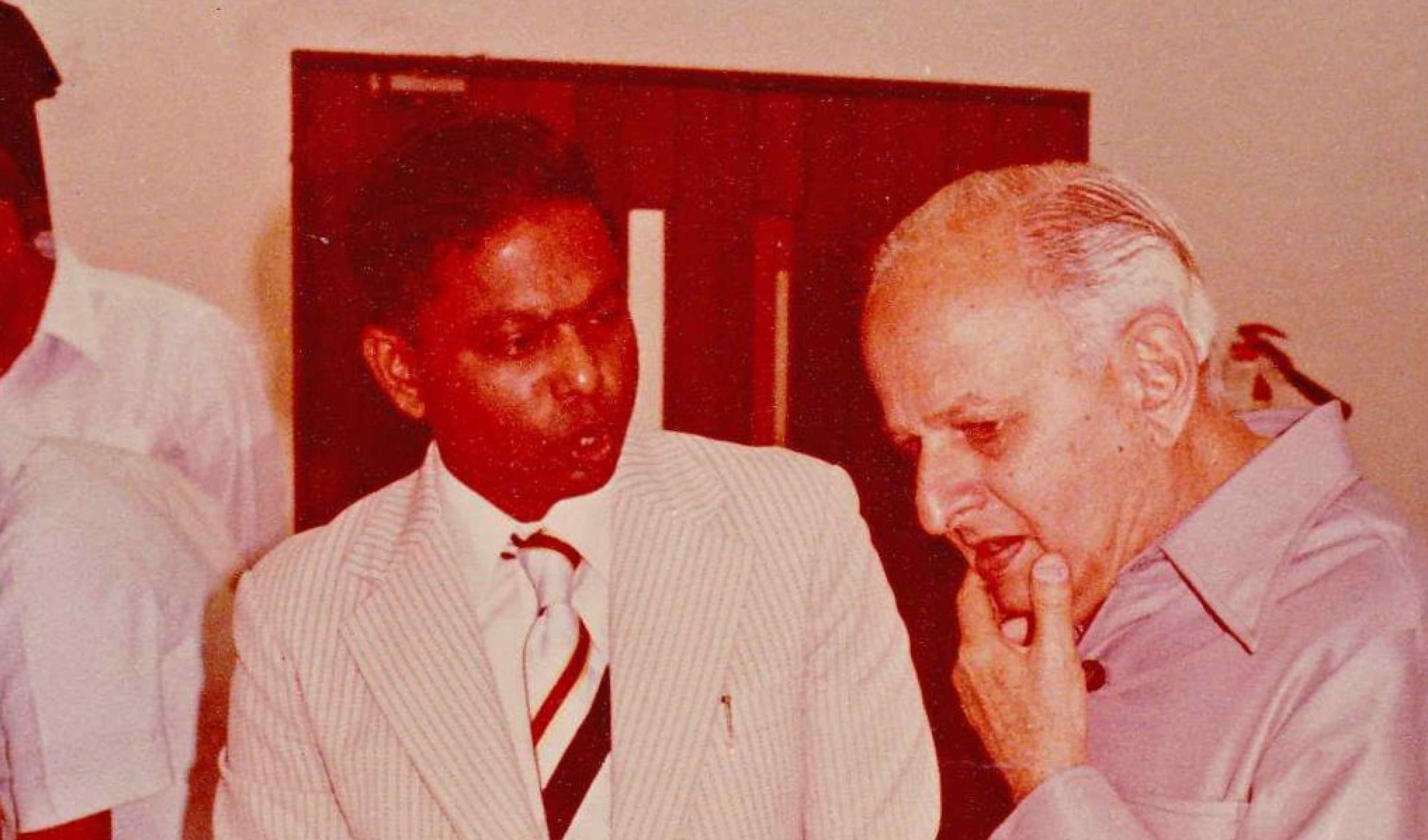 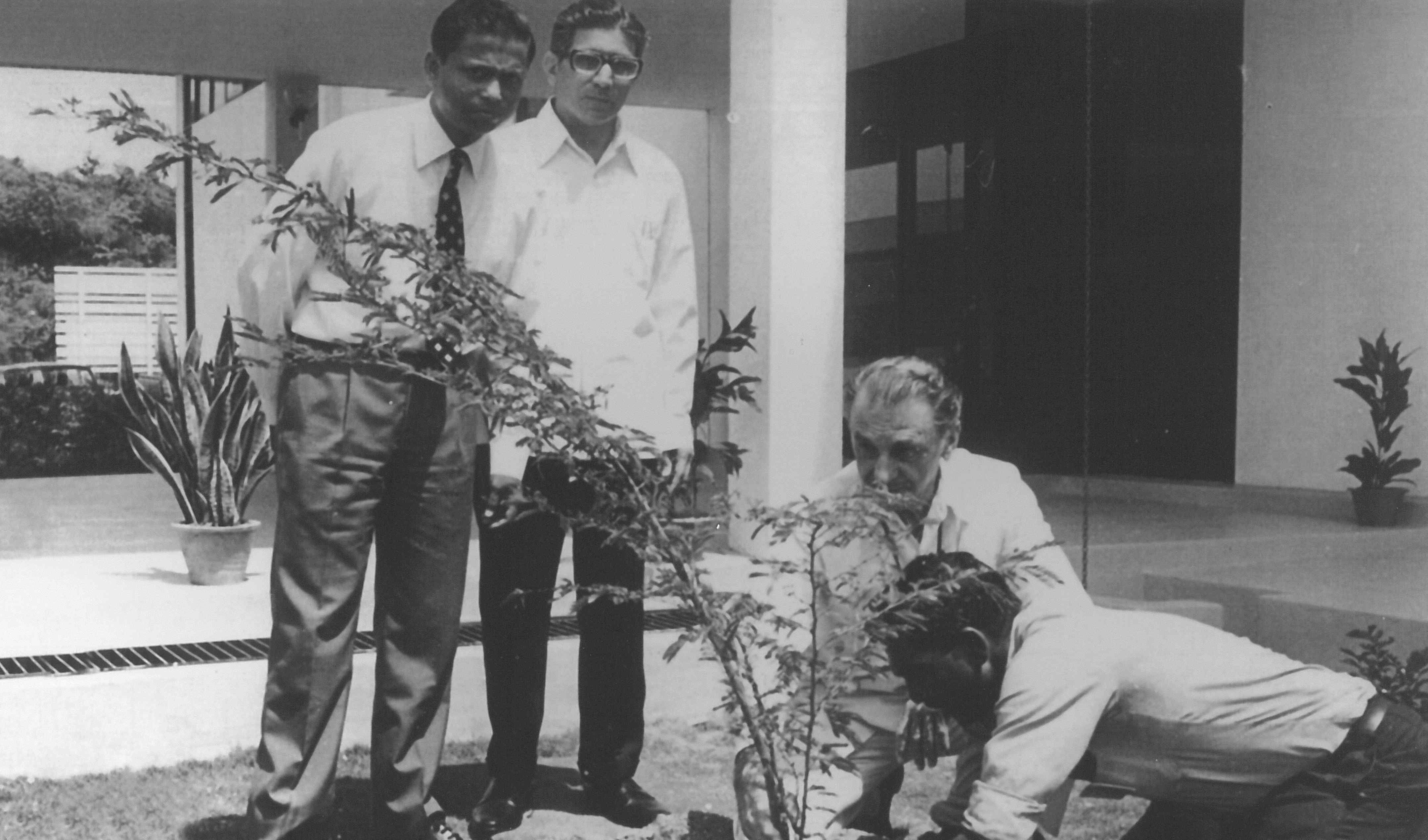 Syamal Gupta and Professor Hugh Ford, "My research supervisor and mentor for life". Mr Ratan Tata with the then Deputy Prime Minister of Singapore, 1992. 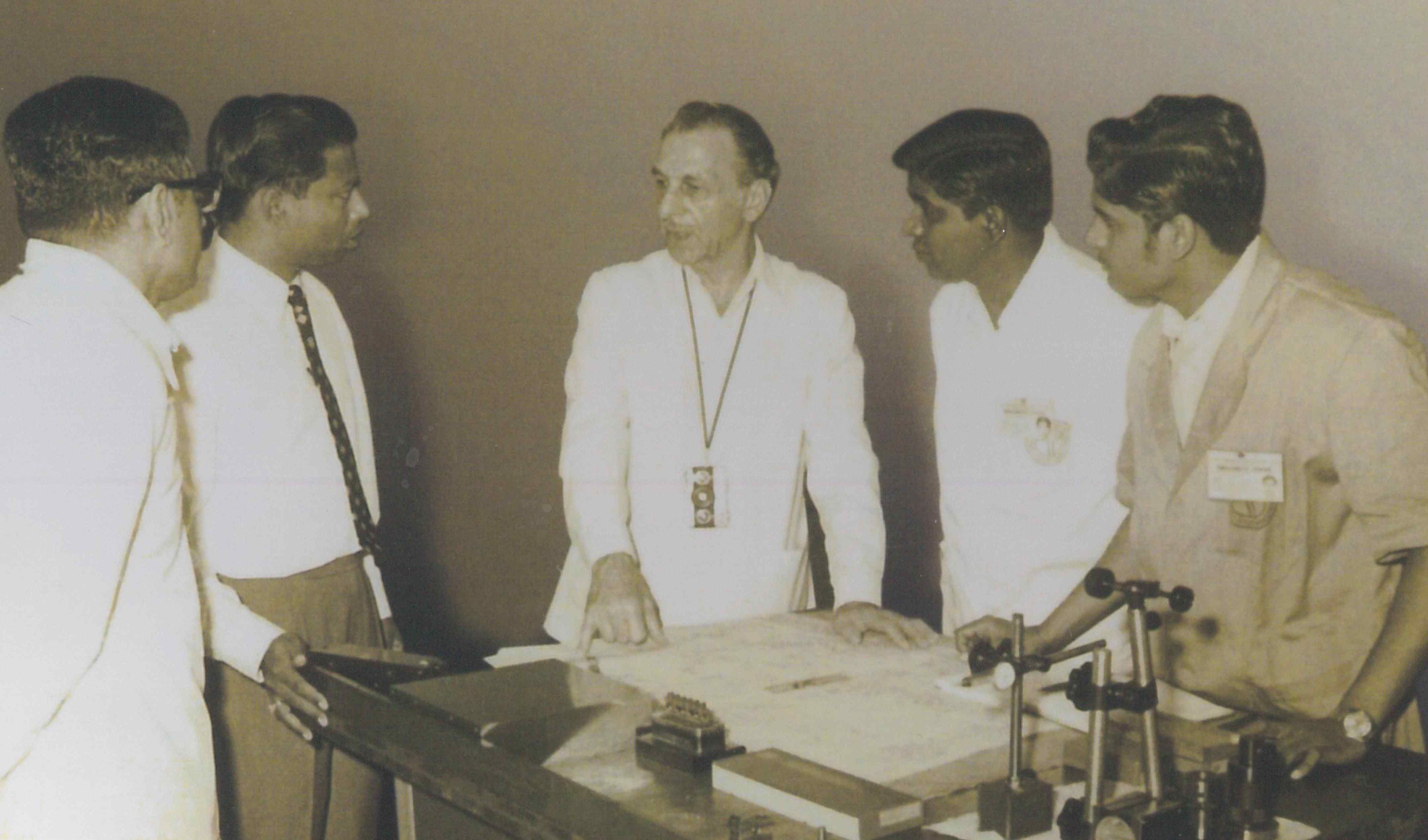 Syamal Gupta (second from left) with J.R.D. Tata and colleagues. 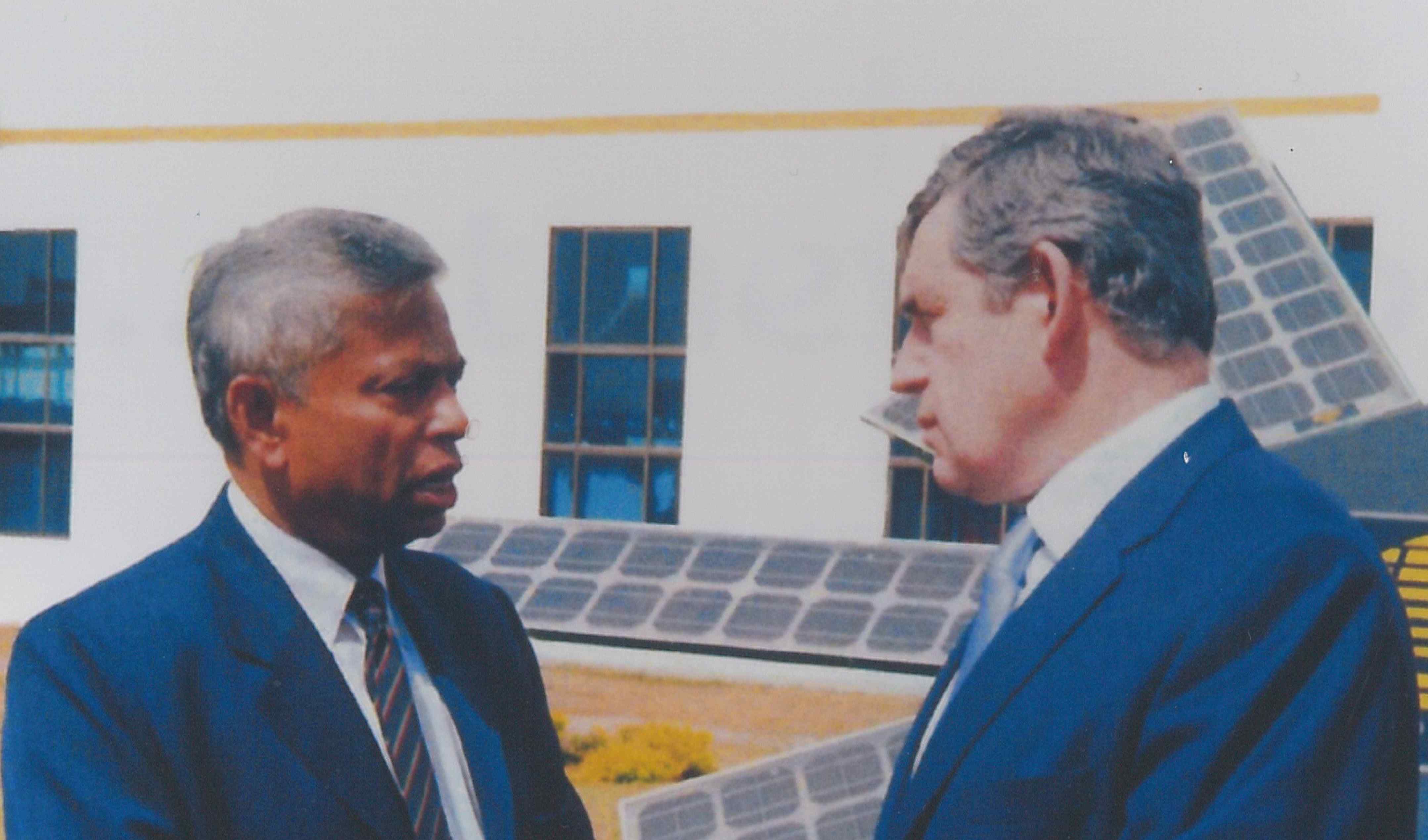 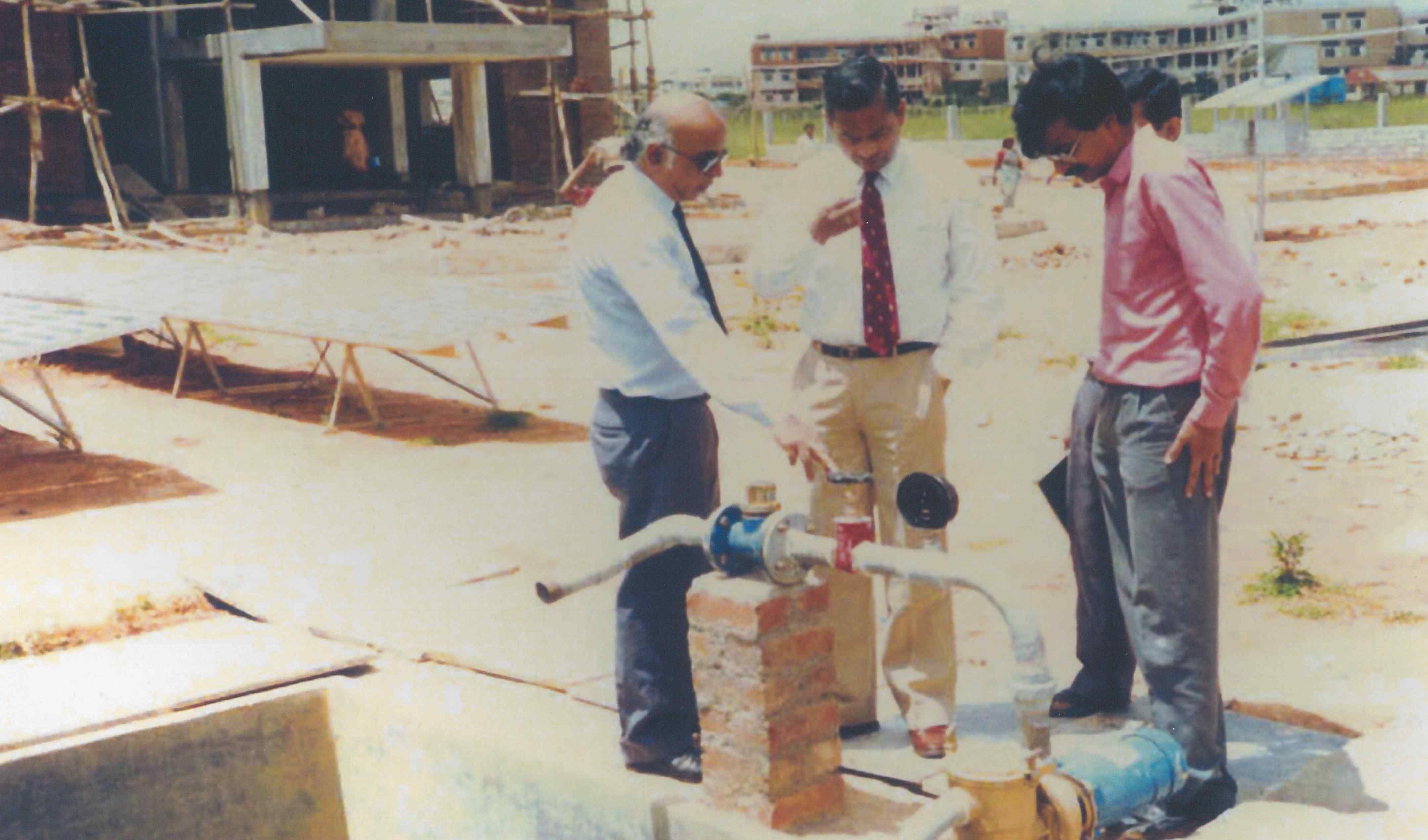 Syamal Gupta at a construction site. 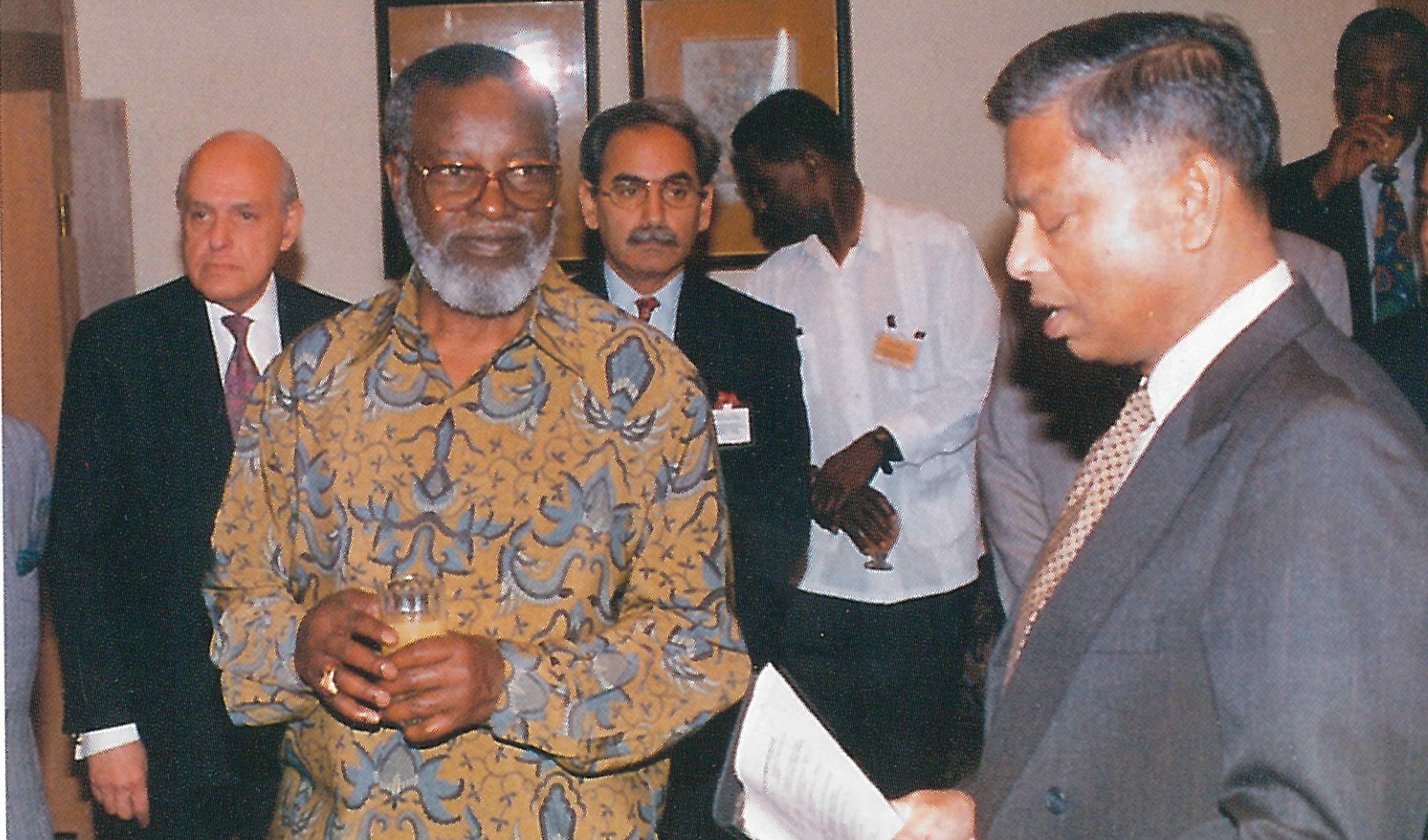 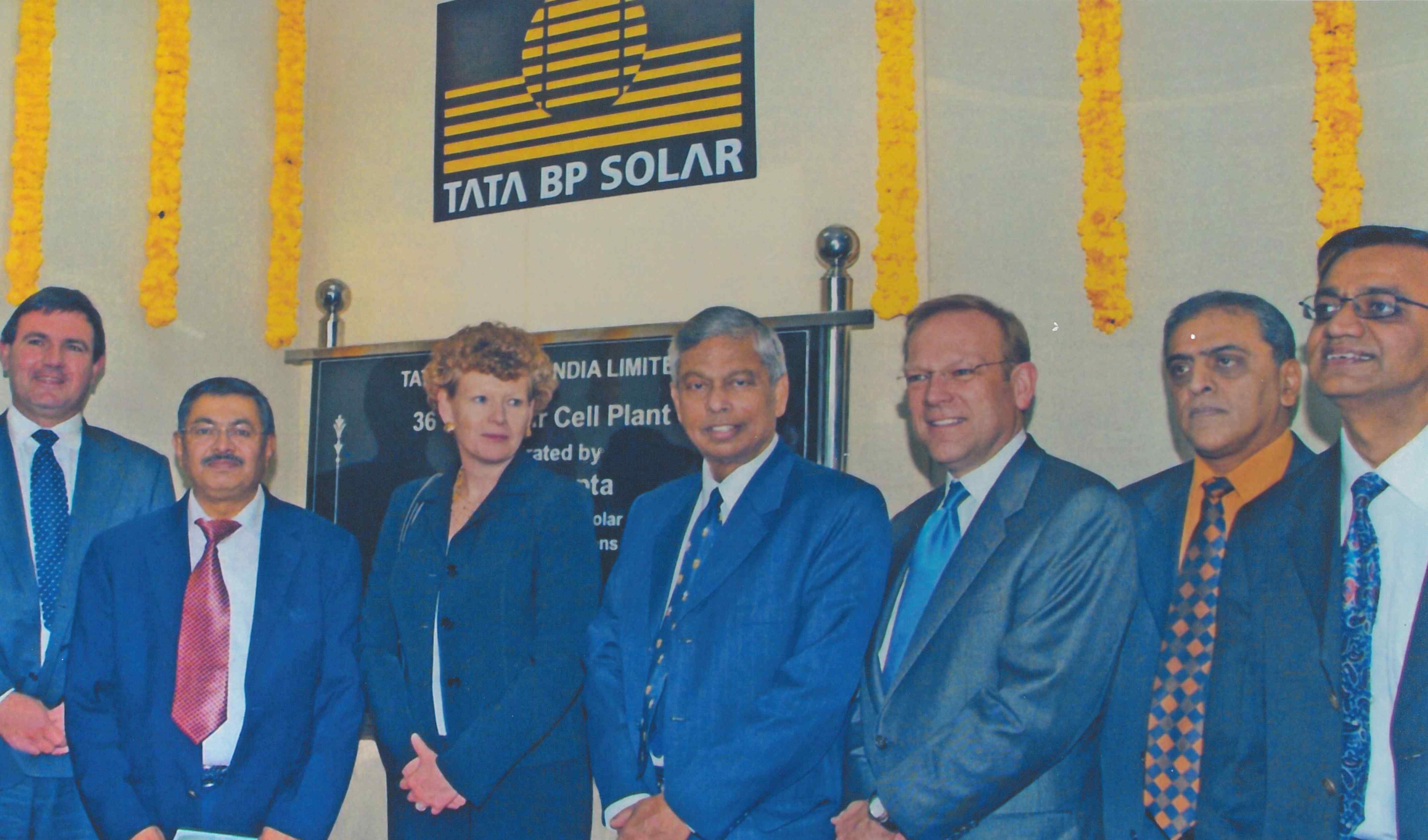 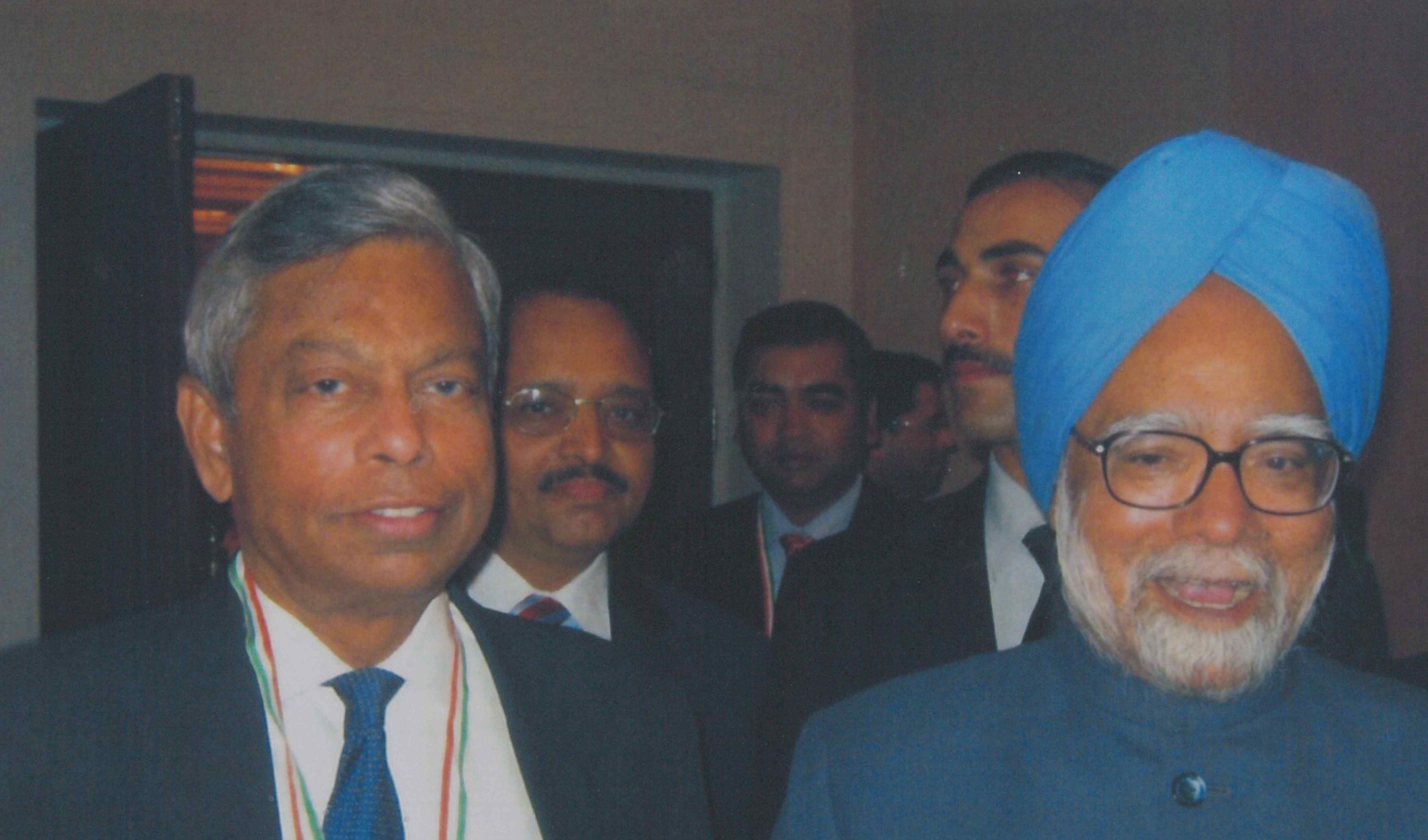 "My training at Imperial shaped my approach to innovation because you spend some time studying what’s been done in the past, but it’s more about moving forwards. Imperial starts where others have ended."