Suvichak graduated from Imperial in 2015 with a degree in engineering and a reputation for taking Imperial’s Thai Society to a whole new level. He now works in Bangkok in the finance sector, where he is President of the flourishing Thai Alumni Group. Here, he shares his motivation for staying closely involved with his ‘Imperial family’.

What type of events does the Thai alumni group put on?

We aim for a mix of informal dinner and drinks type events, and more formal get togethers. We want to help people meet old friends and make new ones, to share knowledge and to leverage the talent that we have in the Imperial alumni network.

We also organise themed events, where we pick a topic such as electrical vehicles and identify successful alumni who can come along and share their perspective on how the market is likely to be disrupted by this technology. We also run an event called Eureka, which encourages entrepreneurs to share their experiences, specifically why they chose to leave well-paid jobs to start-up something of their own.

Plus we’re involved in business-matching; using personal connections and word-of-mouth to match people up to mutual benefit.

What motivates you to put your time and passion into volunteering in this way?

"What I missed most when I came back to Bangkok was that family feeling, so that’s another motivation for being involved in the alumni group."

The four years I had at Imperial were life-changing. I learned a lot and I’m very grateful; I still feel very attached to the school and have very good memories.

The Thai Society was a great thing to be part of. Every year, we tried to set the bar a little bit higher. It ended up with around 250 people coming to our annual event; we even had out own sound track and glow-in-the-dark costumes; it was a big production!

Also, I was raised in Singapore and even though I’m Thai, I didn’t have many Thai friends until I came to London. The group of Thai friends I met at Imperial felt like family. We helped each other and bonded as a group. What I missed most when I came back to Bangkok was that family feeling, so that’s another motivation for being involved in the alumni group.

What advice would you give to other groups - or to alumni interested in starting one?

I am very lucky and grateful to have a great team around me; people who are just as interested in pushing things as far as we can and in making the Imperial group the strongest alumni group in Thailand before passing it on to the next generation. So, getting a good solid team around you is vital.

Also, make a proper plan; it’s easier to find pockets of time to get things done for an event that is still six months away.

Advice is like a shortcut, so listen to what past presidents and older alumni have to say. Their recommendations are invaluable. Often they are the ‘super connectors’; the people we want to attract as speakers may be personal friends that they can simply call up and invite along.

Finally, don’t be afraid to ask. Alumni are usually very willing to help. And what’s the worst that can happen? They can only say no but why would they; Imperial is like a family.

If you’re inspired by Suvichak’s story and would like to get more involved with your local network, we can help. Simply contact Eilidh Campbell, Alumni Engagement Officer, at eilidh.campbell@imperial.ac.uk. 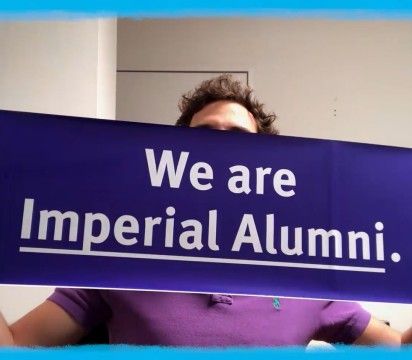