Professor Nelson Phillips, Acting Dean of Imperial College Business School, argues London’s reputation as a global centre for research and learning will continue to attract the most talented students and academics.

Students must “think and act internationally” to succeed in their careers and personal life. These were the words of advice given by Imperial College London’s President, Alice P Gast to the latest graduates at last October’s Commemoration Day. Whether these graduates go on to forge careers in London or elsewhere, the need to adopt a global perspective has never been more important for anyone who wants to succeed in the interconnected worlds of business and innovation.

‘Globalisation’ has long been one of the hallmarks of business schools around the world. Following Britain’s vote to leave the European Union, it’s not surprising schools have been keen to reassure existing and potential students and academics of the creative, entrepreneurial and academic excellence they bring to the higher education community.

Indeed, President Gast has stressed how political changes will not hold Imperial back from delivering excellence in research and education for the benefit of global society.

We don’t yet know what the outcome will be for higher education in a post-Brexit Britain. But institutions such as Imperial are well positioned to thrive as London continues to seek out global talent to contribute to its thriving ‘powerhouse’ of entrepreneurship and innovation.

London’s dynamic startup scene is the biggest in Europe and continues to grow, making the capital one of the most innovative cities in the world. The capital’s burgeoning technology scene is rapidly producing companies with extraordinary growth potential. This makes London an attractive option for students seeking careers in areas such as fintech, either with small to medium sized enterprises or multinational companies.

Choosing to study in another country has always been a risky decision for international students, even before last summer’s EU referendum vote. For business students, the high cost of an MBA degree, which often involves giving up a career for a year of studying, is a calculated risk.

I believe the students London-based schools seek to attract, the natural risk-takers, will continue to take a gamble on London and take advantage of the excellent educational experiences available, as well as the wealth of links between London-based schools and industry in the capital.

London is now flourishing in a number of traditional and new markets, from finance to big data, healthcare and even climate change. Companies such as Accenture, Deloitte   and McKinsey  have long reached out to Imperial for outstanding business graduates and will still do so as long as London, in Mayor Sadiq Khan’s pledge, remains “open for business” and continues to seek out the best talent from around the world.

London-based firms will always want the people who are the best fit for their business, which means employment prospects for new graduates shouldn’t change, certainly not in the short term.

A new visa pilot scheme that allows students studying on the Business School’s one-year Master’s programmes to stay in London for up to six months after graduation will be another incentive for international students outside the EU to study in London.

Capitalising on the Trump effect

But does anything change, now Donald Trump has become President of the United States ? What will this mean for London-based business schools trying to attract the best talent from around the world, in light of his pledges to ban people from certain countries and religious backgrounds from entering the US?

Trump’s presidency has created real uncertainty for students and academics who would ordinarily have looked to US business schools for their next career move. However, the current climate represents a huge opportunity for UK business schools to show our international values by welcoming more students from  Trump’s black-listed countries, as well as other Muslim countries such as Saudi Arabia and the UAE.

In the past, the Gulf countries have sent many thousands of students to the US and as a result they have extensive ties with major US business schools. But students from the Gulf may now be deterred from studying in the US by some of Mr Trump’s controversial pledges, such as a plan to create a register of Muslims. These students will want to go abroad and study in English, creating an opportunity for UK business schools.

At the same time, US citizens have long been attracted to studying in London and the current drop in the pound has just made this even more attractive. This means international students can now obtain an MBA degree from a prestigious business school for a much lower price in the UK.

But will students be put off from coming to London following Theresa May’s pledge to  take Britain out of the single market? And what about the threats from multinationals to withdraw their offices from London if this happens?

I believe big corporates and companies with an international outlook will continue to seek out the best graduates, whether they are based in London or elsewhere. Technology is making this even easier by increasing opportunities for employees to work remotely from wherever they are based in the world. This further breaks down barriers between countries, cultures and nationalities.

The spirit of partnership and bringing together great minds from across the world is what drives the world’s best universities and businesses. At Imperial, I see many examples of how students are working together to create exciting new business ideas.

Take Phillip Jarman, an MBA student who collaborated with students in the College to help create  a customisable smartwatch  that allows people to keep track of their health and lifestyle. The project raised over $1 million through crowdfunding and has attracted high-profile publicity.

The prospect of being part of a thriving, entrepreneurial community that contributes to the UK and global economy will make London-based schools like Imperial attractive places to work and study.

In a time of political uncertainty, it’s never been more important for us to embrace the contribution of the world’s best students, academics and researchers in enabling London to flourish. 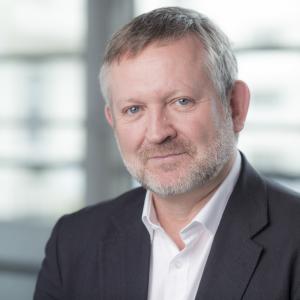 Visiting Professor
Nelson Phillips was Professor of Innovation & Strategy, Co-Director of the Centre for Responsible Leadership, and the Associate Dean of External Relations at Imperial College Business School until 2021. His research interests cut across strategy, innovation and leadership, and he has published widely for both academics and practitioners.

What can established firms learn from startups?

Key questions to ask before using experimentation for innovation