The art of the pivot: how new ventures change course without losing followers

“Pivot, pivot, pivot!” as Ross famously shouted to Rachel and Chandler in Friends, as they attempted the delicate task of moving a couch up a narrow staircase. The enterprise failed: the couch got stuck and severely damaged. Chandler’s final thoughts summed up the problem: “What did you mean when you said ‘pivot’?”

New ventures often face a similar balancing act: they struggle to pivot to radically new strategies because their followers do not support them. However, returning to their original approaches is not an option: after all, they abandoned them because they did not prove viable, usually because of too little demand for their offering.

What did you mean when you said “pivot”?

I and my co-authors set out to resolve this puzzle by studying how a photography producer pivoted from an analogue focus to an analogue-digital positioning. Many analogue-aficionados within its community were dismayed by the move: what the company did next holds the solution to the puzzle, as we report in a forthcoming study in the Academy of Management Journal.

Based on this case, we find new ventures can achieve pivots without losing their key followers by carefully resetting relationships. They can accomplish this through two core messages:

While no approach can win over all followers, this approach can help to win over many of them. Crucially, the company’s situation is transformed profoundly during its pivot: by resetting relationships with followers, it can focus on executing the change and building a new venture together with them.

Pivoting can feel like a silver bullet to new ventures when their original approach has failed, but our study suggests it can just as easily become a double-edged sword when followers rebel. By carefully managing their stakeholders and resetting relationships with them, young companies can move the odds of pulling it off decidedly in their favour.

This article draws on findings from “The Art of the Pivot: How New Ventures Manage Identification Relationships with Stakeholders as They Change Direction”, which is forthcoming in the Academy of Management Journal and is authored by Dr Christian Hampel (Imperial College Business School), Professor Paul Tracey (Cambridge Judge Business School) and Professor Klaus Weber (Kellogg School of Management). 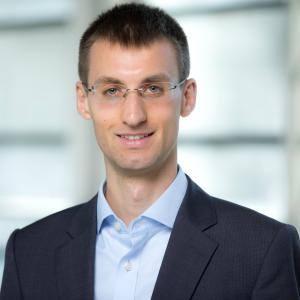