Your company's history is a proprietary resource

When Piaggio decided to open a museum on the site of one of its old factories, fans and employees of Italy’s beloved Vespa scooter were able to recognise the classic models and memorabilia that once filled their garages. It’s an iconic brand, recognised the world over, with legions of loyal followers who hung on to early models, posters, and logbooks. You can now see some of the earliest pre-war designs and follow the evolution of the beloved scooter that helped make Italy mobile.

But how can knowing the past help inform the future?

Like many companies with a substantial backstory, Piaggio is making the most of its history. My colleagues and I have looked at how Piaggio and other established companies (such as car maker Alfa Romeo, homeware manufacturer Alessi and motorbike maker Ducati) use their histories to construct and reinforce their corporate myths.

History is a proprietary resource: you can’t imitate it. From a personal point of view, our own history has shaped us and made us what we are today. It’s the same with individual companies. After speaking to more than 60 staff and museum visitors, we’ve discovered how companies are using their heritage to shape a coherent future. As Piaggio’s chief designer said: “We cannot design our future if we don’t know our past. You need to know who you are to figure out what you want to become.”

How can a company make the most of its own past?

All the companies we examined have founded museums, which act as both reservoirs of knowledge and sources of inspiration. We discovered both staff and outsiders visited the collections, and were engaging with the past in different ways. Some visitors were corporate designers, for example, looking for inspiration and the key to authenticity.

Iconic brands usually attract diehard fans: the “Alfisti” (faithful followers of Alfa Romeos), “Vespisti” and “Ducatisti”, for example. They are dedicated: some Ducatisti have Ducati tattooed on their necks, others will travel up to 3,000 kilometres to attend World Ducati week. And they are vocal – so if a new Vespa doesn’t contain elements of the classic model, the fanbase will object. Vespa “fundamentalists” have in the past successfully quashed technological improvements to classic models.

Mindful of such audience investment, a Piaggio engineer entrusted with designing a new Vespa for the 60th anniversary turned to the museum before even beginning. And this is how history plays a part in innovation: designers seeking inspiration visit the museums to see and touch the physical models of the past, seeking similarities to feed into new incarnations.

This is a key finding from our work: you can innovate and respond to a fast-changing world, while being authentic and true to company values. It’s about continuity and trajectory.

Praise be the Alfa Romeo

But in the course of our interviews, we noticed something surprising. The Alfa Romeo museum organises its models according to ideals of speed or beauty. Ducati talks about its works of art. There was an extraordinary use of religious, even evangelical, language by the employees and fans of both companies: artefacts became “relics”; people described the museums as a “mecca”, “temple” or “cathedral”.

This type of brand commemoration – based on ideals rather than physical objects – can be leveraged by HR and marketing departments. “Every time we use the museum,” an Alfa Romeo sales manager told us, “the emotional level, the involvement, the passion of people coming out of it is considerably higher than what we could get with any publication on the history of Alfa Romeo”. Using elements from the past, you can build excitement and passion about a brand with new audiences – by trying to define and harness its “essence”. Values of beauty and speed are communicated by physical models and careful curation.

Interestingly, individuals – company founders or designers – mostly feature in museums only in relation to the products with which they’re associated. Alfa Romeo celebrates its drivers with their photographs beside the cars they raced, and Corradino D’Ascanio, designer of the first Vespa, is pictured beside one of his first models.

We also identified “heritage mining”: the use of elements of the past in new products outside the core business. Alessi has created miniature versions of its kitchenware ranges; companies plunder historical designs for use in unrelated products (key rings or clothing, for example). This is a more opportunistic use of company history.

All the companies we examined happened to be Italian – they were just great examples of how successful companies can engage with their heritage – but there are many other examples worldwide.

And, of course, history can be unavoidable and not always positive: Daimler-Benz, BMW and Hugo Boss cannot avoid their collaborations with the Nazi regime. But it requires painstaking, careful curation – behind every museum, a huge amount of work had gone into retrieving products from the past.

Companies need to be aware of how important it is to take care of their history, preserve artefacts and tell a story –­ even for “modern” companies such as Apple, which already has a rich past. And a well-curated history serves many purposes: it helps engage and unite external communities and fan bases; it’s a way to inspire new and existing staff; but it’s also a way to cope with disruption – it’s a resource for innovation, within a context of tradition. 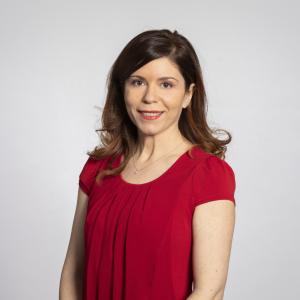 Associate Professor of Design and Innovation
Dr Ileana Stigliani is Associate Professor of Design & Innovation and Academic Director of Imperial Business Design Studio. Her research focuses on the cognitive aspects of innovation. In particular, she studies how material artefacts and practices influence cognitive processes – such as sensemaking and sensegiving, categorisation, and perceptions of organisational and professional identities – within organisations.

In 2016, she received the Imperial College Business School Teaching Excellence Award for Innovation in teaching. She received her PhD in Management from Bocconi University, Milan.