Does COVID-19 really mean the death of globalisation?

Globalisation has dominated the world economy for decades, but COVID-19 represents an unprecedented threat to the international trading system

For a long time, the globalisation of business was accelerated by key geopolitical events: the gradual opening of China from 1979, the fall of the Berlin Wall in 1989, and the formations of the European Union in 1992 and of NAFTA in 1994, to name just a few.

Since then, the unequal distribution of the rewards and costs of globalisation, especially within developed countries, has led to two major political events that have started to reverse certain aspects of this system: the election of US President Donald Trump – a protectionist and anti-internationalist leader – and the United Kingdom's vote to leave the European Union, both in 2016.

Other phenomena have also triggered calls for the reversal of globalisation. For example, when the price of oil peaked at $147 a barrel in 2008, companies briefly sought to deglobalise their supply chains as transportation costs were becoming too high.

Now we have COVID-19, probably the greatest disruptor of globalisation in the history of the modern world – except for the two world wars.

When considering whether COVID-19 will have a permanent effect on the strategies of multinational companies, the answer depends, of course, on how long it lasts, as well as the continuing threat of future pandemics.

The effect of COVID-19 on globalisation strategies comes via four mechanisms: the behaviour of national governments, the attitudes of consumers, the mindset of executives and key stakeholders in multinational companies, and the economics of business globalisation.

Voters may be against free trade in theory, but they support it with their wallets

Before COVID-19, China put itself forward as the champion of free trade at the World Economic Forum in Davos. Many observers were surprised. But in the history of international trade, it has always been the country with international competitive advantages that has adopted this attitude. First it was Britain, then the United States, and now it is the turn of China.

However, some national governments may use COVID-19 as an excuse to pull back from multilateralism and free trade, leaving them in an interesting position with voters.

This is because voters may be against free trade in theory but they support it with their wallets when they shop. Walmart, the largest retail chain in the United States, continues to source 70-80 per cent of its products from Chinese suppliers. Occasional calls for boycotts have gone nowhere and this is unlikely to change. After all, the “Walmart Woman” (my US equivalent of Britain’s “Mondeo Man”) wants the best bargains for her family.

Meanwhile, for multinational companies it is a straightforward choice between commitment and flexibility. Commitment to specialised supply chains based on the smallest number of lowest cost countries that can provide the required quality levels, yields the greatest short-term profit.

On this issue, a stakeholder view of the multinational company can give us a better understanding of what companies will do.

The manager or director charged with designing and running a global supply chain is always under huge profit pressure to deliver in the cheapest and most efficient way. This profit pressure continues up the hierarchy all the way to the chief executive. Remember how the BP Deepwater Horizon oil spill in 2010 is often attributed to cost cutting due to top down pressure from the highest levels of the company.

It is probably only boards of directors who can apply counter pressures for more flexible and secure supply chains. But companies that sacrifice short-term profits for greater long-term security then suffer the risk of hostile takeovers.

This is particularly the case in the United States and the United Kingdom, with their so-called “Anglo-Saxon” system of corporate governance that greatly prioritises the interests of current shareholders (the vast majority of holdings being for months rather than years).

For this reason, I predict that companies based in mainland Europe or in Asia, which give more protection to companies relative to shareholders, or private companies, will be more likely to create more flexible global supply chains.

My other prediction is that larger, more profitable companies will be able to afford the short-term cost of making their supply chains more flexible. This reflects how these types of companies are leading in other initiatives, such as sustainability – they have the means to introduce changes for the long-term gain of both the company and the world. 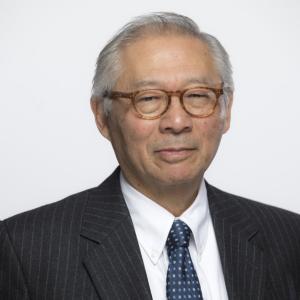 Prior to this he was Professor of Strategy and Co-Director of the Centre on China Innovation at China Europe International Business School, Vice President and Director of Research & Innovation at Capgemini Consulting, and Dean of Rotterdam School of Management, Erasmus University. He is now also a Distinguished Visiting Professor at Northeastern University in Boston.

Not only do we become better leaders by receiving negative feedback, we can also set an example of how best to respond