Social media and search engines are having a big effect on how most people consume their news: more people are reading, but they’re reading less

A decade ago, we did not know Google and Facebook as well as we do today. The former was not long out of being a garage-based research project of PhD students at Stanford University that had played second fiddle to Yahoo: the latter was shrugging off its beginnings as a controversial website for comparing two college women to determine who was ‘hottest’.

Today they are among the five largest companies by market capitalisation in the world, their advertising dominance minting a fortune. Facebook’s global revenue has grown from $272 million in 2008 to almost $30 billion last year. Google’s surged from $20 billion to almost $90 billion over the same period. That has led to predictions that ‘Big Tech’ will kill the news business. After all, last year Facebook and Google accounted for 99 per cent of all the growth in US digital advertising – the lifeblood of news organisations.

More than half of people surfing the web use social media for news each week. For many, Facebook and Google are their main source. Facebook is the most dominant, with 44 per cent of people using it to find, read, watch, share or comment on news on a weekly basis. Meanwhile, readers tend to turn to Twitter for breaking news and they search Google for updates. That means publishers can no longer rely heavily on a direct relationship with their readers. Some may need to rely on other platforms to access valuable data about them.

The growth in social media as a news platform has coincided with the steady decline of news organisations’ advertising revenues – and readers – which keep the presses printing. Newspapers in particular face a structural decline as both readers and advertisers turn to online platforms. Magna Global forecasts global newspaper advertising revenues will fall nine per cent and magazine advertising sales 10 per cent this year. The Guardian newspaper made a loss of £69 million in 2016. According to The Atlantic, “In 1947, each 100 US households bought an average of about 140 newspapers daily. Now they buy fewer than 50, and the number has fallen nonstop through those years”.

So are online social networks a death knell for news organisations already reeling from falling advertising revenues and the digital economy?

In a recent research paper, which I co-authored with Ammara Mahmood, I analysed news browsing data before, during and after a global Facebook outage. During the outage, there was an immediate and significant decrease of 38 per cent in site visitors and 44 per cent in content page views, which corresponds to a $21,000 loss in advertising revenue in about a day. The decrease in traffic and page views lasted beyond the immediate hours of the outage, although it gradually declined over time.

Given news is charged with enabling the democratic participation of informed citizens, the fact they increasingly merely browse flashy headlines is a concern

The results also revealed different patterns in news engagement. On average, users viewed fewer home pages and more article pages during the outage, indicating more in-depth reading when Facebook was not accessible. This suggests that, despite the net promotional effect of social networks on news consumption, they are associated with more shallow reading. This raises important issues over Facebook’s dominance of news consumption; the results suggest the social network is able to change readership patterns. Given news is charged with enabling the democratic participation of informed citizens, the fact they increasingly merely browse flashy headlines is a concern.

The result is an uneasy alliance between news publishers and large platforms like Facebook and Google. Publishers rely on such platforms to get their stories to readers they could not reach on their own. They acknowledge the efforts the platforms make to help them do so, but they also rue the control Facebook and Google exert. While many publishers have partnered with them to distribute news, social media is becoming a news destination in its own right. In countries such as the UK and Canada, many readers consuming news on Facebook and Google fail to even notice the name of the organisation reporting it, according to the Reuters Institute for the Study of Journalism. The News Media Alliance, which represents 2,000 publishers in North America, has called on the US Congress to allow them to negotiate collectively with digital distributors to get better deals, which would currently break antitrust regulation.

Despite the net promotional effect of social networks on news consumption, they are associated with more shallow reading

In some ways Big Tech is striving to revive news. Facebook, for example, has made several moves in recent years to improve news organisations’ exposure on its news feed and has made it easier for them to run their own adverts on its Instant Articles platform. Google too has made similar efforts with its News Lab. It has changed its algorithm to show quality news more prominently in search results, and is working to help newsrooms take advantage of new technology to innovate and increase digital revenue.

Such efforts are ever more important with the growing awareness of ‘fake news’: some believe false stories transmitted via social media had an impact on democratic participation during last year’s US election. On the one hand, online social networks can help disseminate fake news and, on the other, these networks can bring people closer to external news organisations and help them become more informed. Whether they are ultimately good or bad for the future of news remains to be seen. One thing is clear, however: social media will play an increasingly prominent role in how we consume our news. 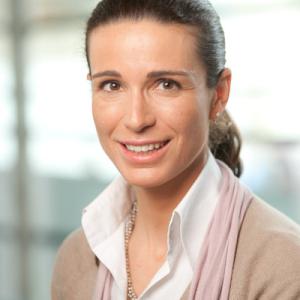 Associate Professor of Marketing
Dr Catarina Sismeiro is an Associate Professor at Imperial College Business School, where she teaches on the Full Time and Executive MBA programmes. Her research interests include statistical modelling and testing, modelling cross-market (spatial) dependecies for both internet and non-internet data, and modelling consumer behaviour on the internet and other interactive media.

How data science can improve society