Harris has a simple aim in life: to make the world a fairer and better place. He does this through his charities – the Patchwork Foundation and the Naz Legacy Foundation – as well as his work as an advisor to senior figures in the British government.

Harris leads what some might consider a double life. “There’s a running joke in my house that, when I leave in the morning, my family asks if I’m going for my paid work or non-paid work,” he says with a smile.

His paid work is as an accountant, which is how he supports his family and philanthropic work. However, he devotes far more of his time to voluntary projects, which have earned him numerous awards including an OBE.

The wide variety of projects he’s involved in means that, more often than not, the answer to his family’s question is that he’s going to one of his voluntary projects.

Since leaving Imperial, where he studied Mathematics, Harris has established two charities: the Patchwork Foundation and the Naz Legacy Foundation, which was set up in memory of his late father.

He is also involved in many other projects, including Mosaic, the Prince of Wales’ mentoring charity, and as a voluntary member of the Community, Voluntary and Local Services Honours Committee.

Mentoring is a cornerstone of the work he does. “Mentoring is key to making society a fairer place, whether that’s to raise aspirations or share learning experiences. I think for young people nowadays, it’s also about listening to them,” he asserts.

For Harris, mentoring isn’t a one-way street: “I know as a mentor that you always learn a lot more from the person you are mentoring than they get from you.”

When he was studying for his BSc in Mathematics with Management at Imperial, he had a mentor of his own. “I was fortunate to find a PhD student who decided to take me under their wing,” he says.

“They not only helped me in regards to lectures and my coursework, but they also encouraged me to get involved in a range of student societies. I’m happy to say that, since graduating, we’ve remained good friends.”

"I was humbled and honoured to get a place to study Mathematics at Imperial. It was the only university I ever wanted to go to."

Harris talks very fondly of his time studying at Imperial, and especially about the friendships and relationships he formed there.

“I’m very lucky that a lot of the close friends I made at Imperial are the closest friends that I still have today. Imperial gave me a great opportunity to meet interesting people from across the world,” he says.

In fact, it was one of Imperial’s international alumni who inspired Harris to apply to the university: Abdus Salam.

“My father was born in Pakistan. When I was growing up, he would tell me about the achievements of Abdus Salam, who became the first Pakistani to be awarded the Nobel Prize in the sciences. He’d talk about how he was globally recognised for his work in Mathematics at Imperial,” he explains.

Harris’ father and mother have been hugely influential in the path he’s taken, particularly in terms of fostering interfaith links and providing support to underrepresented groups, even though he admits he didn’t always realise it growing up. 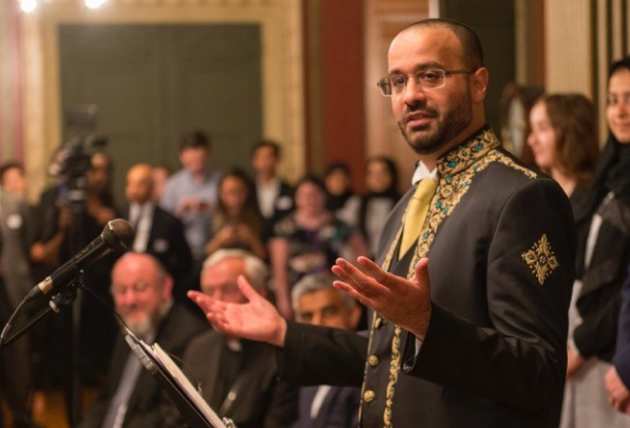 Naz Bokhari OBE, Harris’ late father, has a legacy of his own. He was the first Muslim and Asian head teacher of a secondary school in the UK. He was not only a leading figure in the British Muslim community, but also in many interfaith organisations.

“As far as my sister and I were concerned, our father was just a great dad. Sadly, we didn’t realise the impact he made until he passed away, when we suddenly received letters from the former and current prime minister and a lot of different faith leaders. It was only at that point that we realised the impact he had made on the country,” he says.

Harris’ childhood is filled with memories of people and places associated with different faiths.

His parents were always introducing him and his sister to people of different faiths, encouraging them to visit various places of worship and read about faiths other than their own, and taking them to help at charitable causes on the weekends. Often this voluntary work centred on deprived minority communities. This “brainwashing”, as Harris affectionately calls it, is the foundation for everything he’s done since.

While he was at Imperial, Harris says it felt natural to provide support to foreign students from Muslim countries and help them make the most of college life while being observant to their faith.

After graduating, his passion for helping and supporting others grew, and in 2011 he founded the Patchwork Foundation.

This charity has helped over 40,000 young people from communities that are typically underrepresented in UK politics, raising their aspirations and equipping them with vital life skills. But it all started with Harris’ experience as a mentor. 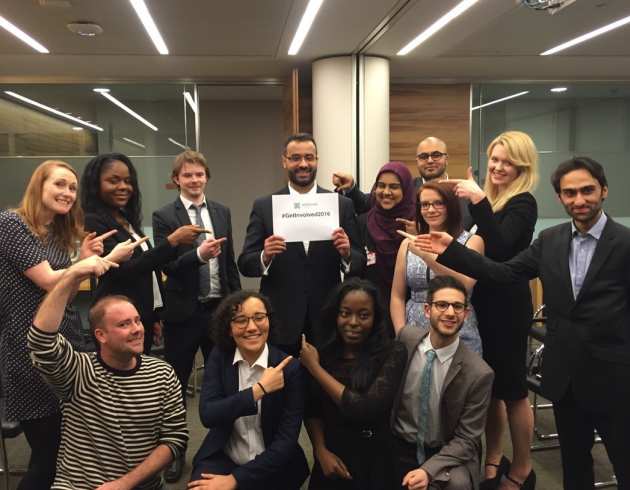 “I’ve been very fortunate to mentor young people from underrepresented communities, and a lot of them felt locked out of the democratic process and society as a whole,” he explains. It was this realisation that led to Patchwork, which started with five young people who Harris had mentored through other organisations like the Prince’s Trust.

Many of the young people who have come through Patchwork – known as ‘Patchworkers’ – now have jobs in the civil service, working everywhere from Downing Street to City Hall, as well as at some of the leading firms in the UK.

When asked what he’s most proud of, Harris doesn’t hesitate: “Definitely the young people I’ve worked with, especially the ones who have had the greatest personal struggles.”

“When I see them turn around not only their lives, but also their families’ lives, and see them giving back to the same vulnerable young people they used to be two or three years ago, it motivates me. I’m proud of them, what they’ve taught me and what they’re still teaching me.”

Through his charity work, Harris has fostered interfaith links between communities across the UK. He has also had the opportunity to work with many MPs and permanent secretaries, as well as Mayor of London Sadiq Khan. Over the years, he has provided advice that, in some cases, has helped to shape government policy. 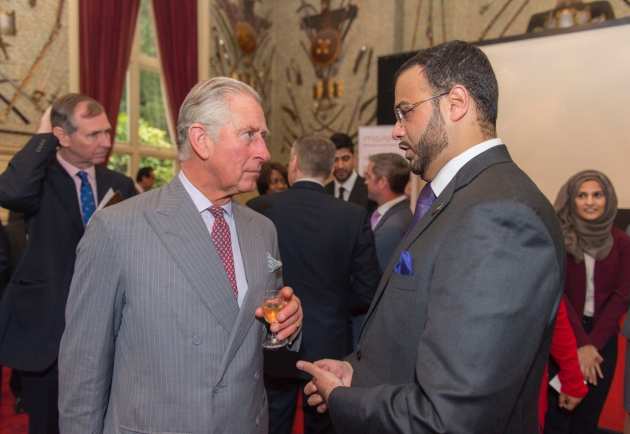 “Having a positive influence on policy and the actions of leaders through my charity work always motivates me and pushes me to want to do more,” he says. “But I think more importantly, it encourages the young people around you to see that they can make a difference.”

This isn’t without its challenges though. “I think the problem is that we live in a society where people demand instant results, so the hardest thing is to explain that positive things will happen, but you’ve got to be patient,” he adds.

One example of this is Harris’ work with the Community, Voluntary and Local Services Honours Committee. He’s been an independent member since 2017 and has been actively working to encourage better representation on the Honours list.

“The Honours system is a great way to recognise people who deserve recognition for their voluntary and charitable work, but we need to encourage better representation. We have to explain to the public that it’s an open process and that we need more people from underrepresented communities to be nominated if we’re going to see better representation in the future,” he explains.

Harris also takes great pride in seeing the impact that his Patchwork graduates are having on the country. “A lot of these young people are now either designing or implementing policy as civil servants, enriching the biggest firms in the City, or volunteering to support the most vulnerable people in their local communities,” he says with pride.

Family is a thread that runs strongly through Harris’ life. “I was very privileged to have two great parents. But you only realise how great your parents are when you meet young people who don’t have great parents or even any parents at all. We have the ethos within Patchwork and the Naz Legacy Foundation that we’re a family,” he says.

Harris reveals that there are Patchworkers in almost every government department, who provide support to those coming through a few years behind them. “This family, this network, continues beyond the programme,” he states.

It’s this idea that things will continue to improve without him that helps motivate him: “I’m very keen to make sure that, in all the charitable endeavours and voluntary work I’m involved in, when I leave the system is better and there are better people in place to take it further and improve it.”

Harris wants to spend more time with his family and always wants to make sure that the projects he engages with are sustainable and transferable. “I believe in being surplus to requirements,” he explains.

"I want to be in a position where I’ve created something, but that when I step away the organisation can thrive and get better without me. Patchwork is a great example of that, but I’m very keen to make sure that all the projects I’m involved in have that progression. It’s not about you the individual; it’s about the young people you’re working with."

Harris Bokhari graduated from Imperial with a BSc in Mathematics with Management in 1999. He was a winner of the Distinguished Alumni Awards in 2020.

Harris Bokhari is the recipient of our inaugural Distinguished Alumni Award in 2020. This award recognises and celebrates outstanding alumni who have demonstrated sustained personal and professional achievements or contributions in their field over a number of years.