In 2016, drawing both ridicule and praise from across the electoral divide, UK Justice Secretary Michael Gove announced the public had “had enough of experts”, while the same year saw US presidential candidate Donald Trump proclaim “experts are terrible”. The jury is out on whether this analysis was accurate, a self-fulfilling prophecy, or total nonsense in terms of the political landscape. However, political merit aside, both men (inadvertently or otherwise) came close to the mark in terms of the direction of popular attitudes and, in particular, consumer behaviour.

Expert opinion is still a decision-making driver, but few could deny we now live in the era of mass opinion, marked by group mind sets and an emphasis on what makes us different. This has fed into how we vote, how we interact with one another and, of course, how we spend our money. The latter point might not be visible on an individual level (consumer purchasing is still relatively private), but with Pew research finding 82 per cent of people sometimes or always use online reviews posted by other customers before buying something new, it is very real. For businesses, this means trending perceptions can be make-or-break, boosting the importance of customer service and added value. For consumers, it means we’re happy to place our trust in strangers.

But are they total strangers? In the early days of Amazon reviews, it was impossible to know much about a person beyond the type of products they bought (and chose to review). In the social media age, however, we have a host of facts at our fingertips, and an even wider pool of inferences behind them. From political statements in names and handles to lifestyle cues in profile photos, a lot can be divined about the people posting the reviews we rely on, and this has a real impact on how we treat their opinions.

And if research has found, for example, that fingerprint similarities, shared birthdays and common names make us more likely to agree with and follow the opinions of people we’ve never met, it’s no leap to conclude economic status, race, religion, politics and cultural preferences have an even more profound effect. These are the traits by which, for better or worse, we define ourselves, and many of them can be gauged or assumed from as little as a glance through a TripAdvisor profile. Given the importance of online reviews, then, it’s clear perceptions of similarity can have a huge impact in terms of which reviews we focus on, and whose opinion we take on board.

It follows the opposite is also true: that a perception of dissimilarity does not encourage us to follow a person’s advice. But what does that mean? Psychologist Leon Festinger once claimed “a person does not tend to evaluate his opinions or his abilities by comparison with others who are too divergent from himself”, suggesting the views of people different to us don’t have an impact at all; that we simply do not take them into account when making decisions. But this ignores the human tendency to use all the information available to us, even if it’s as irrelevant as the material used to cover the floor of a shop or the weather outside. This trait extends to dissimilarity: when we see someone as dissimilar, we expect their preferences to be dissimilar, and we evaluate their opinions as such.

This trait suggests consumers are actually likely to act in opposition to advice from a dissimilar person, for example by going to a restaurant that person has advised against, or by avoiding a product they’ve endorsed. Online reviews are subjective, and this is a key point: once we’ve decided someone is dissimilar to us, we tend to act against their subjective positions. If someone we see as dissimilar recommends a restaurant because they consider the food to be good and the music enjoyable, we’re likely to avoid it, but if the recommendation is based on the variety of the menu and the music suiting the decor, the effect may be less marked.

Of course, this phenomenon has always existed, but as advances in data and technology mean we know more about one another than ever before, its role in modern society is becoming increasingly significant. From political polarisation to nativist nationalism, perceived dissimilarity is demonstrating its power to widen gulfs between individuals and groups. For brands and businesses, this means holding on to customer bases while growing their appeal will become more challenging than ever, especially as consumers come to realise how little we have in common with those writing the reviews we’ve come to depend on. As marketing researcher Duncan Simester told The New York Times: “Very few people write reviews. It’s about 1.5 per cent, or 15 people out of 1,000. Should we be relying on these people if we’re part of the other 985?”

The best course of action, then, lies in boosting the objectivity of the review itself. Of course, a truly objective review is a contradiction in terms, but leaning towards assertions related to concrete aspects of a product or service, rather than pure subjective experience, can help to dampen the dissimilarity phenomenon. Adidas, for example, uses sliding scales to show customers the average of all respondents’ analysis of the size, width, comfort and quality of footwear, providing opinion disconnected from any information about the reviewers. Airbnb, similarly, asks customers to rate the accuracy of a host’s description and the speed of their communication, as well as the cleanliness of the accommodation, giving impersonal, averaged data to help future customers make choices.

This approach cannot replace standard online reviews, as consumers are conditioned to expect and rely on them, but over time it can chip away at the all-powerful position fully subjective reviews occupy, and start to shift consumers’ decision-making processes.

This article draws on findings from “You and I Have Nothing in Common: The Role of Dissimilarity in Interpersonal Influence”, which is published in Organizational Behavior and Human Decision Processes and is authored by Dr Mirjam A. Tuk (Imperial College Business School), Professor Peeter W. J. Verlegh (Vrije Universiteit Amsterdam), Professor Ale Smidts(Rotterdam School of Management), and Professor Daniël H. J. Wigboldus (Behavioural Science Institute, Radboud University). 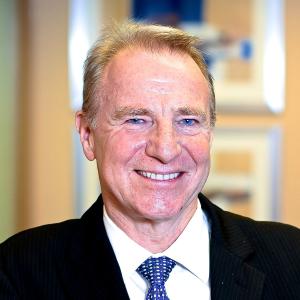