The Biodiversity COP Challenge Team aims to engage and communicate to a wider audience the challenges facing biodiversity, how that affects people around the world, and the solutions and initiatives striving towards making the planet more sustainable for all. Focusing on the many contributions of biodiversity to all aspects of life on this planet and the co-benefits that arise from its conservation and restoration.

The team was stablished in 2020 and started its flagship program “The Unloved Animal Club” then, alongside other activities such as the “40 days for biodiversity” communications campaign, where the team published biodiversity related posts in its Instagram for 40 consecutive days.

The Unloved Animal Club which aims to highlight how humans and biodiversity in general benefit from unloved, underappreciated and misunderstood species, such as vultures or dung beetles, was the team’s focus for the 2021-22 academic year.

The first event was The Battle of the Kingdoms, where the team partnered with the Pint of Science Festival to deliver a night of scientific talks and fun activities at a pub in central London. This live event saw the remit of “The Unloved Animal Club” expand beyond the animal kingdom to highlight the importance of two often unloved and overlooked kingdoms: plants and fungi.

During the night, three expert ambassadors, one for each of the competing kingdoms of life (fungi, plants or animals), tried to win the audience’s hearts for their kingdom of expertise. The audience listened carefully, had fun, learned lots, and finally voted for the kingdom they loved the most, crowning fungi as their champion. Nonetheless, even fungi received the most love, the main message of the night was that we need all of biodiversity for a sustainable future.

Later in the year, the team participated in the Bugs, Birds and Beasts Day at Imperial College London’s Silwood Park campus. There the team set up a stand with activities and information targeted at engaging families and kids with unloved animals. There were animal cuts out in the shape of vultures, bats and puff adders for kids to paint, cut and take home; stickers with the species highlighted in some of the expert talks available in The Unloved Animal Club website; instructions to build a bee hotel; and a game of ecosystem jenga, where the jenga tower represented an ecosystem formed by pieces of different colours each tied to a kingdom of life, conveying the fragility of ecosystems and the importance of biodiversity for their stability.

The festival was a great success ad gave the team the opportunity to share the wonders of unloved animals and biodiversity with many of the visiting families.

Overall, it was a busy but very fun year, during which the team was able to communicate the importance of unloved animals and biodiversity to hundreds of people through its events.

The Battle of the Kingdoms Event 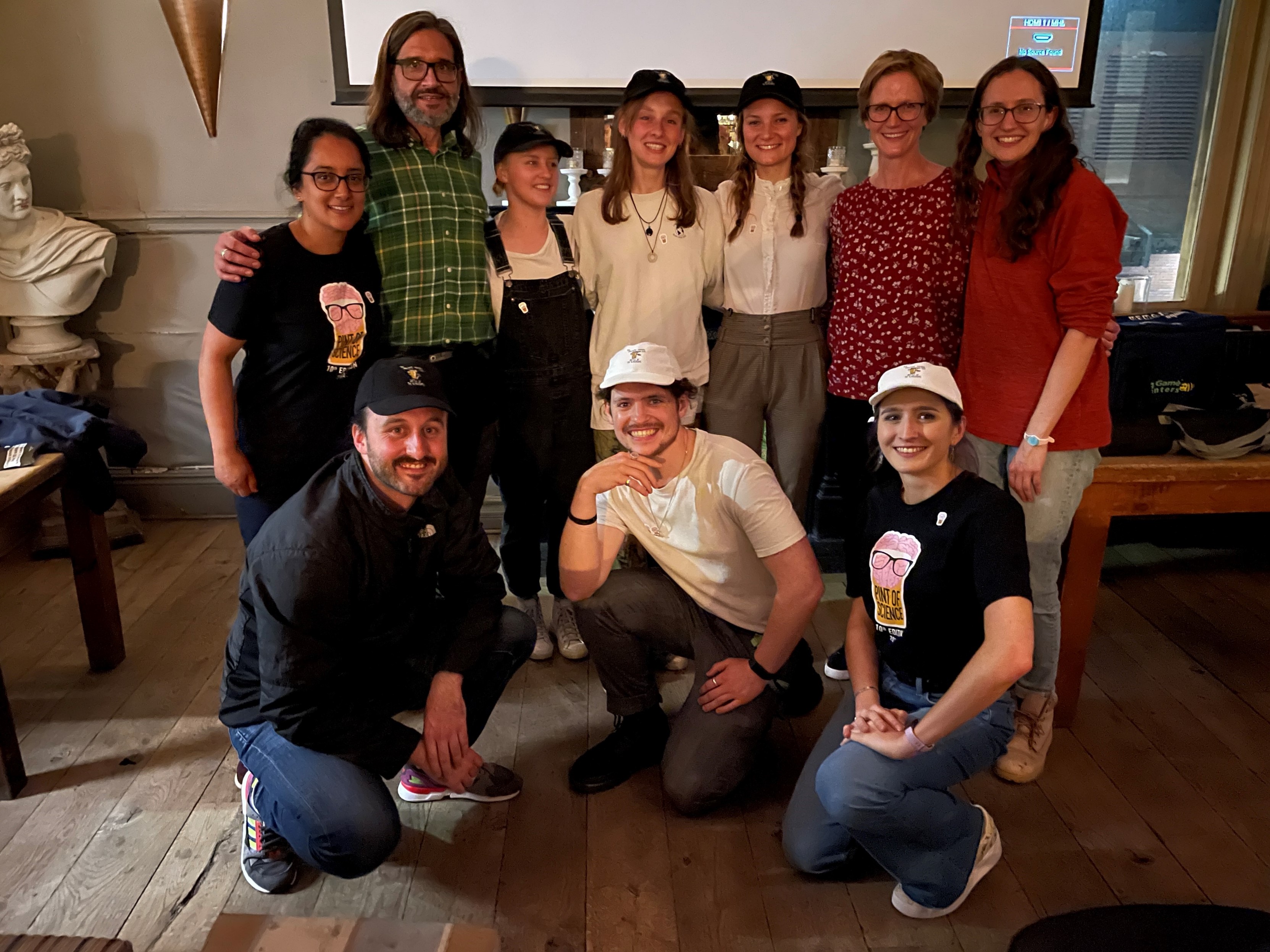