Ayesha has gone from a successful career in banking to building communities. Disillusioned with the City, she invested her talent for numbers by founding a property investment company, Axion, that specialises in enabling property developers of affordable housing projects to access development capital. She’s also set up two communities – PropElle and BPN – that help under-represented groups get started or scale in property investment and improve their financial literacy.

When you speak to Ayesha, her passion for both property and financial education shines through. She sees Axion, as well as her two property communities, as an opportunity to do good in the world and help other people work towards becoming financially free.

“I loved my job and I loved meeting my clients, but at some point I got to a stage where I started asking myself, ‘What am I doing here? What am I doing with my life?’,” she explains. After graduating from Imperial with a degree in physics, Ayesha worked in investment banking, first with Morgan Stanley and later in investment management with Goldman Sachs. However, she began to question her sense of purpose. 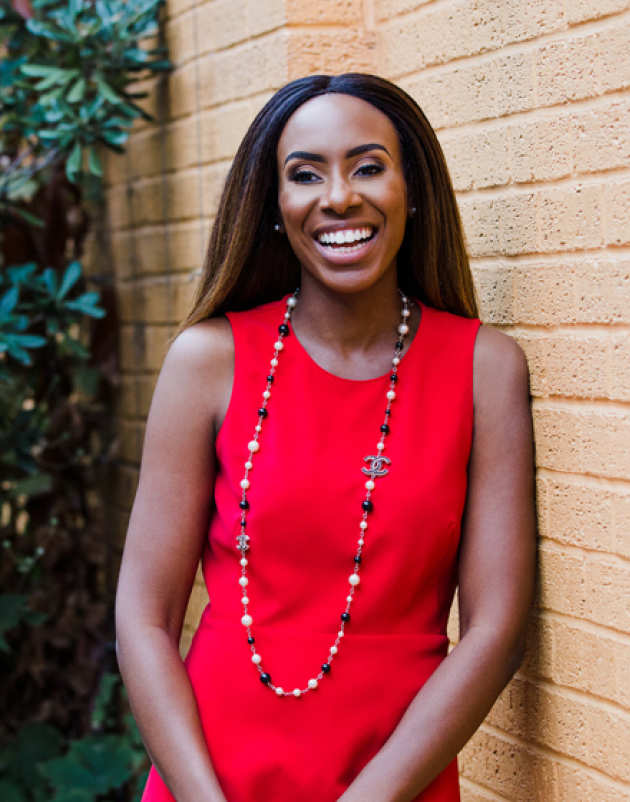 Ayesha realised that she wanted to do something meaningful. It was this desire that led her to set up Axion Property Partners in 2018. Axion specialises in finding funding for property projects that provide affordable housing.

“I wanted to help people who need it,” she says. “But I realised that in order to be able to do that, you still need access to funds. That’s why I set up Axion. It means I can still work with high net worth individuals, but now we’re enabling good, affordable homes to be built, that not only give investors the returns they’re looking for, but also produce something that’s helping other people.”

“Axion has allowed me to combine my passion for property and what I was doing already in terms of working with investors, but now with an end purpose that better aligns with me and my values,” she enthuses.

Funding affordable housing projects isn’t the only aspect of what she does. Education is an important part of both PropELLE, a community to support women with property investment, and Black Property Network (BPN), which helps those from minority groups, specifically black communities, get started in property investment and develop their financial literacy.

“I weave education into everything that I do,” she asserts. “Financial literacy should be part of the school curriculum. Why are we not taught about how to save and invest, about interest and mortgages? It’s so fundamental to our lives.”

The realisation that this knowledge is lacking from so many people’s lives, especially in black and other minority communities in the UK, is what inspired Ayesha to set up BPN.

Ayesha believes that a lack of financial literacy is a big problem in minority communities and is something she’s personally aware of. “Financial literacy isn’t taught at schools or universities. You’re generally taught by your family or your peers and, if you come from a low socio-economic background, it’s likely you don’t sit around the dinner table talking about tax planning or maximising your ISA,” she states.

As a result, she has noticed that many people from these minority communities are at a disadvantage and aren’t able to use what they do have to improve their lives. But Ayesha is also aware that, if people can’t get this education in their home lives, where can they go to improve their financial literacy?

“That’s the big driver behind BPN,” she states. “It’s about increasing financial literacy within the community.”

For Ayesha, property made sense as the vehicle through which to do this. “I chose property because in this country we’re property mad and the barriers to entry, in terms of education, are low. You don’t need any qualifications to get started,” she says.

It’s also easy for people to understand, unlike other forms of investment, because it’s a physical asset, she adds.

Ayesha is a passionate advocate of using education to help overcome some of the social problems that affect black communities in the UK. She’s aware that it’s not possible to tackle all of the problems these communities face, but she hopes that by filling in the skills gap around financial literacy she can start to make a difference.

"If I can bring that into the community and help inspire people, particularly the ones who have lost their way a bit, by giving them another option, then maybe I can help address some of these issues."

She stresses that you don’t need a lot of money to get started in property investment. “All we require is that they’re committed and dedicated,” she states.

The rationale behind PropElle is slightly different. This community arose from Ayesha’s realisation that women don’t invest enough, as well as from how she felt when she gained financial independence.

“I started building my own property portfolio while I was working at Goldman and I got to the point where I was financially independent. It changed my life,” she reveals. Not having to worry about money freed Ayesha up to start thinking more about her purpose in life. 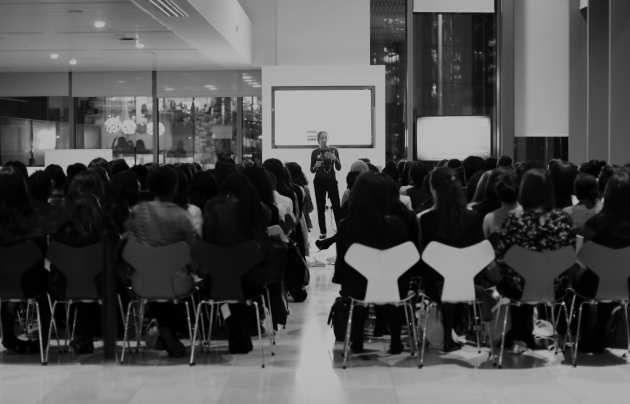 “As women, we often struggle with work, family and various other things,” she says. “I realised that if other women could use additional income to help alleviate or remove those kinds of burdens, they’d be in a position to make life choices, rather than having life lead them down a certain path.”

Having built a successful property portfolio herself, Ayesha was perfectly placed to help other women take the same steps. One thing she recognised when attending property investment events was that many women who do invest in property get stuck at the buy-to-let stage.

“What I find is that women talk themselves out of things,” she explains. “They feel that they don’t have the knowledge and until they can learn it they’re not going to move forwards. What I see with men is that they just jump in and learn along the way.”

Through PropElle, Ayesha helps women create a strategy and gives them the knowledge to build their property portfolios. “What I’m trying to do is show them that there are other things they can do that can be more profitable and allow them to diversify, so that they don’t have all their eggs in the same property basket,” she adds.

Seeing someone who’s achieved this is important, and it’s why Ayesha is so keen to share her story with people. She also mentors students from Imperial and is particularly keen to support those from minority groups.

"For me, when I look ahead and don’t see anyone like me, it’s demoralising. Mentors are so important, particularly for minority groups, because often when you get into a firm there aren’t many people who look like you, so you’re going to need people to help you navigate the way."

Ayesha feels that finding a mentor who can commit the time to you when you come out of university is very powerful, because of the skills and knowledge they can share to help you progress.

Ayesha studied physics at Imperial, and before going to university had never considered the possibility of a career in finance or property.

“I’ve always had an affinity with numbers,” she says. “I was always curious as a child and had a lot of questions about how the world worked. When I came across physics, I saw it as the way to find all the answers.” 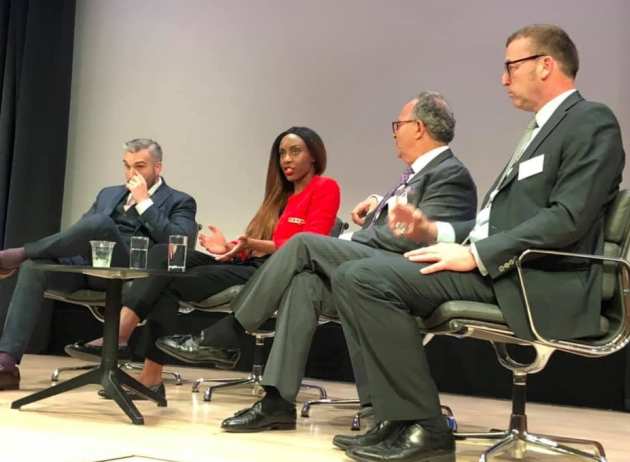 “I had no idea what an investment bank was when I started at Imperial,” she says. “I just remember some of my friends on my physics course telling me that they were going to a talk by Credit Suisse. They were giving away popcorn makers and, of course as a student I wanted anything free that could provide food,” she says with a smile.“The irony is that you go in and end up coming out with more questions than you started with,” she laughs. Her introduction to finance came from a lecture given at the university by Credit Suisse while she was a student.

Once she was there, she decided that she may as well stay for the talk and that was her introduction to banking. “I asked them why they came to the science department, rather than going to finance,” she remembers. “They told me that they look for people with analytical ability, who can use it to solve problems. I hadn’t realised until then that this was what I was doing with numbers in physics.”

Rising to the challenge

When asked about her biggest achievements, Ayesha names her daughter first, as well as getting Axion, BPN and PropElle off the ground. But this hasn’t been without its challenges. “Going from corporate life to entrepreneurship was pretty tough,” she reveals, reflecting that it was the lack of structure initially that she struggled most with.

The other thing Ayesha found challenging was facing failure as an entrepreneur. “Growing up, I always felt like failure was not an option,” she says. “But you can’t be an entrepreneur and have that mindset, because you are going to fail at some things and it’s likely going to happen often, so you need to be able to pick yourself up and carry on when things don’t work or go the way you want.”

"Learning to accept failure was a challenge at the beginning, but my whole mindset around this has changed. Now they’re not failures, they’re learning opportunities."

Ayesha Ofori graduated from Imperial with an MSci in Physics in 2007. She was a winner of the Emerging Alumni Leaders Awards in 2020.

Ayesha Ofori is the recipient of our inaugural Emerging Alumni Leaders Award in 2020. This award recognises and celebrates alumni under the age of 40, who are remarkable leaders in their field, have demonstrated outstanding achievements or are making a substantial impact on society.