Veeru went into medicine with a desire to improve patient care. He’s been able to fulfil this not only through his work as a clinician, but also through his research. His most impactful work was on the PRECISION Trial, which led to the first change in the way prostate cancer was diagnosed in 25 years - benefiting millions of men around the world. 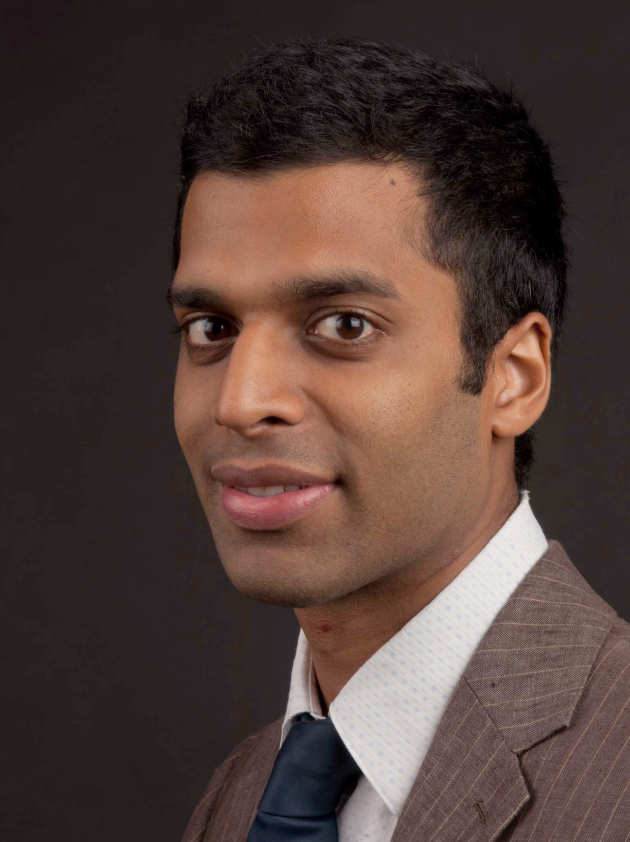 When Veeru was studying medicine at Imperial, he was drawn towards the field of urology. “I’d always been interested in going into a hands-on, practical-based speciality,” he explains.

“Urology appealed to me because of the range of different things you could do and the opportunity to get involved in different aspects of urology at different stages of your career.”

But he reveals that one of the main attractions to this field of medicine was the opportunity to have a genuine impact on patient care. “The academic side of the field is very closely related to physical practice, so I felt like I could make a difference with my work and research,” Veeru tells us.

At this stage, he didn’t realise just how much of an impact he’d have. However, working on the PRECISION Trial during his PhD in prostate cancer at University College London (UCL), Veeru led a research project that resulted in changes to the guidance relating to the diagnosis of prostate cancer.

His work was also published in the New England Journal of Medicine, the most prestigious medical journal in the world.

Although he’s proud of this accolade, he believes that a bigger achievement to come out of the PRECISION Trial is introducing the changes to practice. Veeru’s research showed that, by using an MRI scan and specialist targeted prostate biopsy, men with this cancer can be diagnosed more accurately. At the same time, adopting this technique also allows thousands of other men to avoid a painful biopsy.

It all starts with a vision

The concept for the PRECISION Trial developed from a meeting of global prostate cancer experts, who were looking for ways in which they could improve practice.

Although considered a controversial area to explore, Veeru explains that there was a clear opportunity to improve the accuracy of prostate cancer diagnosis, and reduce unnecessary treatment.

What made this trial so challenging was its scale and international nature: 25 centres across 11 countries were involved. Because it was an intervention study, Veeru reveals that it wasn’t always easy to get patients and clinicians on board.

"You have to have belief, be positive, and find ways to overcome those institutional or national barriers to carrying out research. The main thing I’ve learned is that if you have a vision and communicate it well enough that other people believe in your vision, then you can make these things happen."

The idea of having a vision before you begin research is a principle that Veeru has embedded in the BURST (British Urology Researchers in Surgical Training) research collaborative. He established BURST with two colleagues in 2015, after seeing a talk about research collaboratives being used in general surgery. 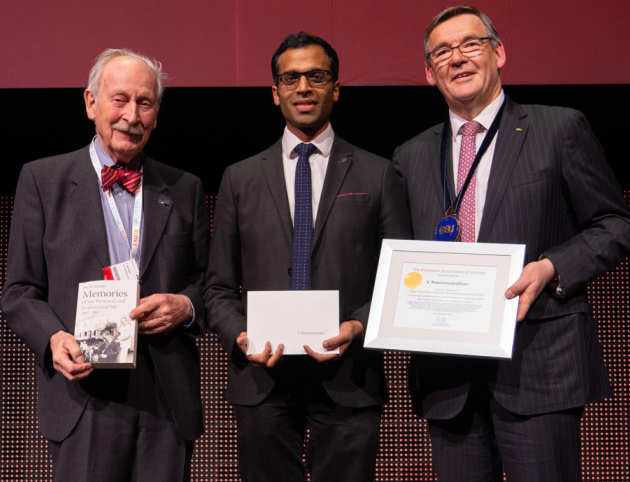 Veeru strongly believes that clinical work shouldn’t prevent people from getting involved in research. He also stresses that it’s essential for those who contribute at the grassroots level of projects to be recognised for their work.“ While I was listening to this talk, I kept thinking, ‘This is something we have to do in urology’,” he says. “My vision was to engage trainees, at the time I thought just in the UK, to contribute to bigger pieces of work where everyone does a little bit but the end result is something big and meaningful.”

“I wanted people to be enthusiastic about getting involved,” he continues. “I thought taking this approach would achieve results and that we’d end up with something quite special.”

One of the cornerstones of the research carried out through BURST is establishing the vision before any study begins.

“Often in research, I find that the idea and background haven’t been considered as well as they could be. I’ve realised that when you spend time on that phase, and have a story about what you want to achieve and what you’ll be adding to the literature, you’re able to convince people to join your vision,” he explains.

Choosing the right idea at the right time is essential to this part of the process. Veeru is now the chair of the BURST committee. He takes a more advisory role than when he first started and was responsible for organising entire studies.

"Now I’m happy to supervise people who bring us the ideas. My input is to make sure that those ideas fit into the aims of the collaborative. I want to make sure we’re asking the right queuestions and doing things in the right way. That’s when we can make the magic happen."

Finding the right idea is why he’s also keen for clinicians to have the opportunity to contribute to research. “I often find ideas for research in my clinical practice,” Veeru explains. “I always ask why we do things a certain way and I encourage other clinicians to do the same. That’s how you identify opportunities to improve areas of practice.” The scale of this research, and therefore the impact it has, is something Veeru is proud of. “When we started, there were just three of us and we didn’t know whether we’d be able to get anybody else involved. To have so many people around the world taking part in the IDENTIFY project was really special,” he tells us.

Veeru wants to help others follow in his footsteps. “I’m a strong believer in the idea that when you’re good enough, you’re old enough,” he asserts.

In academia there’s a strong hierarchy, but I feel that if you’ve got the vision and desire to make something work, and you’re willing to work at it, it shouldn’t matter how old you are, you should be given a chance."

BURST provides opportunities for many people to get involved in research and develop their experience, but this is far from the only way in which Veeru shares his knowledge and supports those coming through behind him. 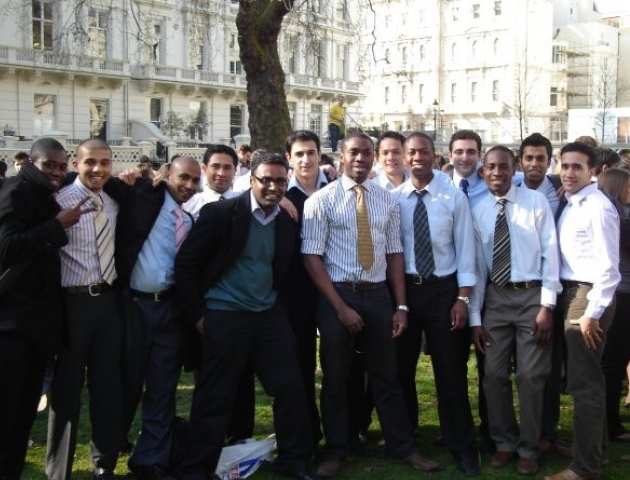 Teaching is something Veeru gets great satisfaction from. “The ability to give back and train others is a privileged position to be in,” he says. “I enjoy knowing that by teaching others, I can also influence the care of patients.”

He’s been teaching medical students, first at Imperial and then UCL, since 2009. In 2019, he was awarded a National Institute for Health Research (NIHR) Academic Clinical Lecturer job, which allows him to divide his time between his academic work and clinical practice.

“Everyone can use a guiding hand and it’s nice to be able to do that. Sometimes to realise their potential, all they need is a little push in the right direction,” he explains. After graduating, he established an alumni support scheme for the club. This not only allows alumni to return and play friendly matches against current students, but also to provide support when it’s needed. Veeru is also involved with the Imperial Medical School Football Club. During his years as a student, he played and captained one of the sides. Having this camaraderie with other medical students at different stages of their studies was something he found immensely helpful, and a great opportunity to learn.

“Even if they just want someone to talk to, whether they’ve got a general question, a query about football or about their medical career, it’s nice to be the person who’s been there, done that and can help them on their way.”

The power of collaboration

Veeru credits the football club with teaching him important lessons about collaboration, which he applies to his work.

"On the pitch, it’s about working towards a united goal, which is very similar to the work I do at BURST. It’s about everyone being on the same page, working together and using the resources that you have."

Collaboration, across both disciplines and nations, has been essential to much of the research Veeru has been involved with.

There are many reasons why he believes it’s important to conduct research in this way. “Involving more people will always give you a generalizable population for your study,” he says. “It’s always more impactful if you can demonstrate your findings in a larger, more diverse group of patients.”

It’s also more practical because, as Veeru points out, asking multiple people to collect data for 50 patients is more feasible than asking one person to collect data for 1,000 patients. He also believes that working with people from different medical professions makes studies more interesting and allows you to build a team where everyone can play to their strengths.

He also explains that collaborating on research makes it easier to introduce changes to clinical practice.

“The collaborative approach helps with the dissemination of your information,” he says. “Rather than announcing a study and having to wait three years to share the results, everybody already knows about your study and, because they’ve been involved in the data collection and potentially other aspects, they’re eagerly awaiting the results. Therefore, any new guidance is easier to integrate into practice.”

Dr Veeru Kasivisvanathan graduated with an MBBS in Medicine from Imperial College London in 2009. He was a winner of the Emerging Alumni Awards in 2020.

Veeru Kasivisvanathan is the recipient of our inaugural Emerging Alumni Leaders Award in 2020. This award recognises and celebrates alumni under the age of 40, who are remarkable leaders in their field, have demonstrated outstanding achievements or are making a substantial impact on society.