Helena McKeown (MBBS 1991) is a portfolio GP locuming in Wessex and a senior GP appraiser. She chairs the Representative Body of the British Medical Association (BMA). As of January 2020, she and her fellow chief officers are leading the association's response to COVID-19  is leading the association's response to COVID-19, resolving strategic and local issues, strengthening the BMA's internal resilience and coordinating external comms with the three audiences of the public, the UK government and doctors. Since the outbreak of coronavirus, she has been a regular guest on various TV and radio channels, including appearances on the Channel4 news and LBC.

We caught up with Helena ahead of her Imperial Plexus Q&A in May 2020 to learn more about her time at Imperial, her career and her thoughts on the COVID-19 pandemic.

What did you learn during your time at Imperial, in class or out? 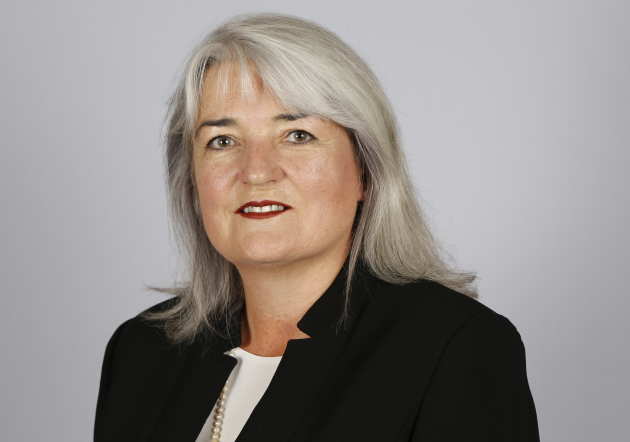 It was when AIDS was a new illness and I watched many young people die whom we could but palliate and be caring with, which has been helpful throughout my practice. I’ll never forget the young man who had taken a spontaneous paracetamol overdose after his girlfriend dropped him and died from painful liver failure regretting spontaneity. This has helped me to help suicidal patients.

Ours was an interesting time between the amalgamation of two old medical schools and the later becoming a part of Imperial alongside traditional rival medical schools. It was the beginning of AIDS and my first patient who died was my age, it was harrowing. We also saw a lot of overdoses in teenagers and young adults from Ecstasy.

We were an early intake to see a marginal majority of female undergraduate entrants and we had an overwhelming intake of private school educated undergraduates.

There was an invitation-only club called the Thirteen Club for men from what were considered the top public schools. It wasn’t very encouraging to be told as a woman that my career was over before it had started because I was a woman. We also heard the oft-quoted adage about many of us potentially leaving medicine to become GPs.

Our inaugural lecture in freshers’ week was a highlight for me as I was a follower of Professor Lewis Wolpert who was researching homeoboxes and had replied to a letter from me earlier that year encouraging further reading as a sixth-former.

Who did you find inspiring at Imperial and why?

Professor Di Lawrence-Watt, later the first Dean of Brighton and Sussex Medical School, taught embryology anatomy which I struggled with in my first year. Professor Di Watt encouraged me and didn’t give up on me so that when my external viva commenced I’ll never forget her look of pride in a student at my spontaneous rendition of all the names of all that was visible in the dissected cadaver before I was asked, after which there were no more questions!

What is your favourite place at Imperial and why?

The now luxury flats that were then the Westminster Hospital where I learned to take a history as an undergraduate and did my first work as a final year ‘locum’ at £100 a week. I collect historical medical books and documents and our predecessor history taking without our diagnostics was exceptional and much of it such as biliary colic remains relevant. I also ‘sofa surfed’ most of my final year and was grateful for the free bed there! 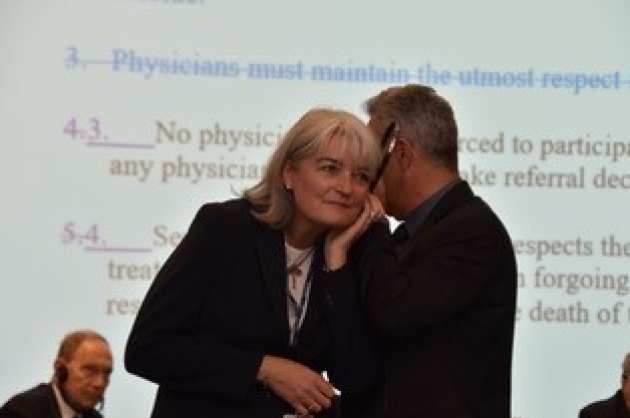 How has what you learnt at Imperial helped you in your career so far?

Professor Glenister telling us that an outcome from a lecture could be as little as one thing learned so long as we implemented what we had learned stuck with me. I am a great believer in shared learning from the no-blame analysis of significant events and subsequent system change to reduce repeated error.

What does a typical day look like for you now?

I’m an early riser and I catch up on news, social media, messages and emails before a short run. A clinical day would be in one of the GP practices where I locum but most days I’ll be doing representative work for the BMA. During COVID we have an online 8.30 meeting with our executive officers, then there are strategic issues and local issues to resolve perhaps with a media interview to prepare for and do. We have a lunchtime chief officer and chief executive daily catch-up and then more strategic work such as survey generation and both behind-the-scenes calls and member-facing or media-facing comms to do in the afternoons and early evenings.

Please explain your role in the BMA's response to COVID-19.

I was asked to lead the BMA's response to COVID-19 in January 2020 by our Chair of Council in consultation with fellow chief officers. This has included both our internal resilience and the external comms with the three audiences of the public, the UK government and doctors. Now all our work relate to COVID-19, all our resource and COVID-19 is everyone's work at the BMA.

What is the biggest challenge for the NHS right now?

The biggest challenge is to ensure the physical and mental well-being of our staff required to work in an unprecedentedly demanding way. Further challenges are the lack of testing for COVID infection or potential immunity, the medicines including for palliation, getting adequate oxygen where it is needed, the long shifts for staff.

Do you think that current measures to safeguard and help doctors and medical students are sufficient?

No, I am gravely concerned about the lack of adequate PPE.

How can the public support you and your colleagues' work?

I am delighted by the number of members of the public who have volunteered and they can help with the logistics of supplying catering for hospital colleagues, the back-room support of the Nightingale - and other - hospitals' requirements such as linen services or helping people who are vulnerable to stay at home by delivering prescribed medication from pharmacies.

What is your advice for coping with coronavirus anxiety?

I am a believer in non-drug related measures to reduce anxiety, e.g. meditation and exercise.

What have been your career highlights and lowlights?

I reactivated the Salisbury Division of the BMA (2002). I was elected to ARM Agenda Committee (2002); chaired the Conference of Honorary Secretaries, was South West Council Honorary Secretary (2009-2013), then RC chair for five years. I believe I am the first woman to chair a Regional Council. I was also the first Regional Council chair to invite a patient representative.

As Chair of the Committee on Community Care at the British Medical Association (BMA) for ten years (2004-2014), I implemented a change in the culture towards both carers and more widely social care, highlighting the value of integrated high-quality social care to doctors. We now routinely include carers in BMA policy and shared decision making with patients.

As a portfolio holding Local Authority Councillor, I planned and implemented structural changes, leading to better public transport, safer walking and cycling, and improved air quality. My outcomes included developing a new initiative called the 'Big Wheel' - a community participative health and transport event to promote family-friendly cycling - from concept through design, including securing competitive funding from the Big Lottery. I submitted joint health and social care bids; implemented safe walk-to-school routes with a car-free zone around a local primary school; and secured financing of the local Homestart charity.

I now chair the BMA's representative body including our annual meeting of 600 members. I am leading on Education and Training, Equality Diversity and Inclusion, addressing the Gender Pay Gap and the Climate Change Emergency. I am a member of the World Medical Association Council where I shall be pushing forward the policy of BMA members, in particular addressing climate change and health.

My career low points include when as the Cabinet lead for Transport on our District Council Local Authority Councillor I was ridiculed by councillors and citizens for addressing air quality with an increase in cycling and safe walking in our city and to schools, a decade before we recognised our role in addressing climate change and air quality.

Focus on where they would like to be in one year, five years and ten years and plan to get there. I’ve been an opportunist and have grasped the opportunities but at the cost of getting where I want to be more quickly.

What makes you proud to be an Imperial alumna?

The calibre and international success of fellow graduates.

Do you have a favourite quote or saying?

"There’s no such thing as a free lunch."

I believe all feedback is a gift but sometimes one has to search hard to find the gift.