What started as a project to help his grandfather, led to Arjun founding one of the world’s leading digital healthcare companies - Diabetes Digital Media. His work has helped over one million people to better manage their chronic health conditions, including type 2 diabetes, prediabetes, obesity and non-alcoholic fatty liver disease. 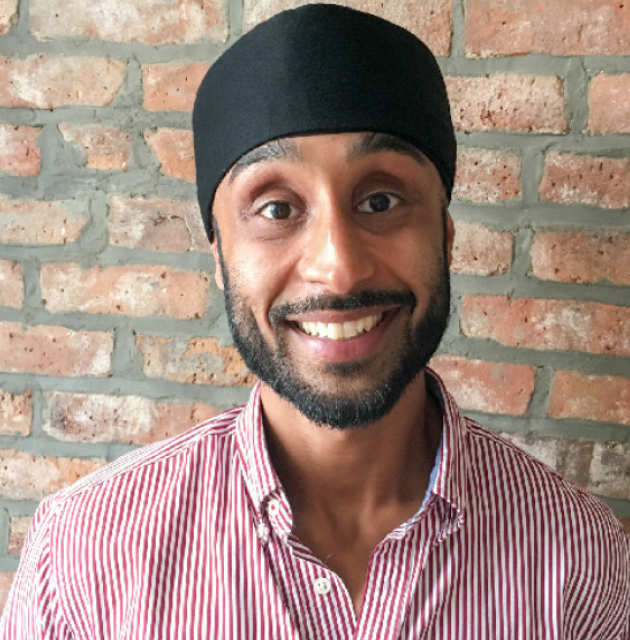 When you ask Arjun what motivated him to start Diabetes Digital Media (DDM), he laughs and says: “I always say it’s all my grandfather’s fault.”

DDM grew out of an online forum (Diabetes.co.uk) that Arjun set up in 2003 after his grandfather was diagnosed with type 2 diabetes and was looking for information about how to best manage his condition.

At this point, Arjun was in the first year of his MEng Computing (Artificial Intelligence) at Imperial. “When my Granddad asked me about his type 2 diabetes diagnosis, I said, ‘I’ve got no idea, why don’t we ask the internet?’ And that’s how Diabetes.co.uk was born. It was the world’s first digital community for people with diabetes.”

“Back in the day, it was just called a forum,” he explains. “Our services really predate digital health.” 17 years on, Diabetes.co.uk has been evidenced to be the world’s largest and most active community for people with diabetes. The scale of this community is what has enabled Arjun and the team at DDM to develop their digital health technology.

Although Diabetes.co.uk started as a hobby, it showed Arjun how powerful communities like this can be.

“If you put yourself in a patient community with people who have similar conditions, similar motivations and similar goals, you become empowered,” he explains. “One in two patients who join the forum report that they have better glucose control after six months than they did in the previous 90 days. That’s where digital healthcare begins to meet clinical care.”

In 2012, Arjun and his father founded DDM as a family business. It has been innovating in digital healthcare ever since. 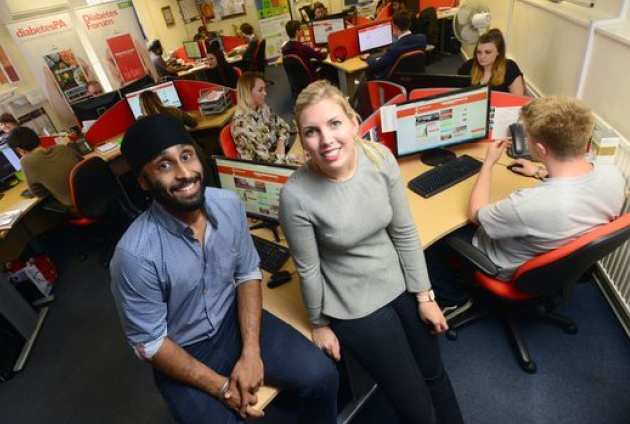 Using the data generated by the Diabetes.co.uk forum community, Arjun and his team have been able to create a number of digital health platforms and apps. Among them are the Low Carb Program and the Hypo Program.

“It’s been a really interesting journey, because that data that we’ve been generating has allowed us to see the concerns of the diabetes community,” he says. “Because we’re collecting data at this scale, we have an unrivalled insight into what those concerns are. We then provide solutions that address those concerns and that’s how we’ve created all our digital health technology to date. Real-world evidence meets clinical validation.”

The Low Carb Program has been particularly successful. This is a structured behaviour change platform that DDM developed with support from Dr David Unwin, a GP who is renowned for pioneering the low-carb approach. It’s designed for people with type 2 diabetes, prediabetes, obesity, polycystic ovary syndrome and non-alcoholic fatty liver disease, and is used within the NHS.

More than 430,000 people have joined the Low Carb Program and many experience striking results. This work enabled DDM to publish the world’s first demedication protocol for type 2 diabetes in the British Journal of General Practice in 2019.

"With the Low Carb Program, one in four patients who completes it places their type 2 diabetes into remission. Having a digital companion can help you achieve what medication cannot."

Arjun is proud of what DDM has achieved and wants to help as many people as possible. “Diabetes kills one person every six seconds and the tragedy is that most of this is preventable. Type 2 diabetes doesn’t have to be chronic and progressive,” he says. “Demonstrating that you can place type 2 diabetes into remission is where the opportunity lies to improve people’s health.”

He’s a strong believer in collaboration and feels that it’s particularly important for digital healthcare technology companies like DDM to work with the NHS and other healthcare organisations and professionals. 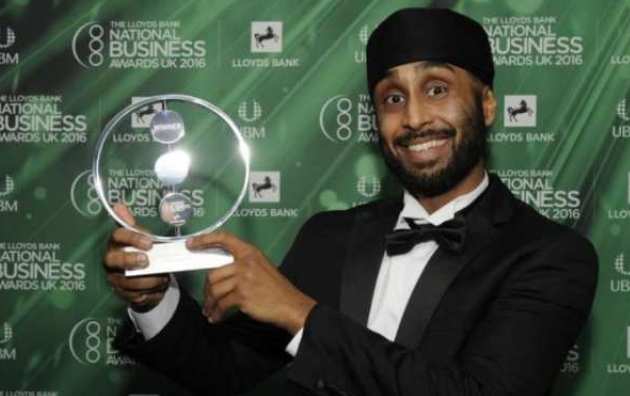 “Medicine is always slow to adopt the benefits of any technology, whether that’s big data, AI or something else,” Arjun explains. “They’re concerned about any potentially negative effects on people’s lives, which makes complete sense.”

However, he reveals that because we’re now all generating so much data through the use of technology like wearable devices and the health Internet of Things (IoT), it’s hard for healthcare to keep up.

“We’re generating this real-world evidence on clinical devices at such a rapid rate that it’s outstripping your typical evidence pyramid,” he says. “What this means is that if you carry out a randomised controlled trial on a piece of technology, by the time it’s completed it’s either going to be out-dated, superseded or it won’t be the same technology. As a result, there’s a desperate need for the blend between clinical and innovation from health-tech.”

While Arjun believes health-tech firms can bring significant benefits to the likes of the NHS, he also stresses the need for people with a background in technology to work closely with those delivering care.

"Not being a clinician has been one of the trickiest things to deal with when it comes to introducing a new concept like reducing sugar. It’s really important to have a strong evidence base and data to support you and help you when you’re explaining your ideas to people."

Inspiration in many formsTo help bridge this gap, Arjun has forged collaborations with those working healthcare, like his work with Dr David Unwin and University of Warwick on the Low Carb Program. DDM is based at the University of Warwick Science Park, which gives the team access to people with clinical knowledge, as well as opportunities to work with relevant communities where they can demonstrate the effectiveness of an intervention and the feasibility of scaling it.

Arjun also tells us that his interest in healthcare technology was piqued during his studies at Imperial after learning about the early developments in the IoT and wearables.

“You could see the potential unfolding when you read about these developments. It seemed like such an unexplored area, so for me it’s been about the discovery of new science and new ways of doing things,” he says.

He also reveals that he’s always had an interest in medicine. “I always wanted to be a doctor when I was younger, but I can’t stand the sight of blood,” he says with a laugh. “Medicine wasn’t for me, but the next best thing that I was good at was computing. I found areas like bioinformatics and how your DNA could affect your health fascinating.”

His inspiration comes from more places than the evolving technology and the desire to provide new healthcare interventions. Arjun works with students from Imperial, specifically those who have their own technology innovations, and he gets a lot from the process.

"I think one of the great things about Imperial is that there are a lot of people there who are extremely inspiring. We’ve had a number of students at DDM on work placements and it’s always awesome because they aspire to achieve and impact, they understand the tech, they’re really passionate and the ideas are fantastic."

Arjun finds their approach refreshing, and is inspired to see the way they approach problems and come up with ideas. “I think that invincibility that you have in your youth is fantastic and, if it’s nurtured, is such an important part of your armoury.”

But he adds that this isn’t a one-way relationship. “It’s amazing to work with students because of their ideas, the way you can stretch them and the way they can learn from you, but equally how you can learn from them,” he states.

Although Arjun and DDM have achieved a lot in recent years, particularly in terms of demonstrating that the correct nutrition and lifestyle choices can lead to remission for some people who are diagnosed with type 2 diabetes, he is adamant that there’s still a long way to go.

“Our ambition is to reach 16 million people in the next four years,” he tells us, but stresses that it isn’t just about the numbers.

“I don’t think we’ve achieved what we set out to accomplish yet. It’s great that there are 1.4 million people using one of our services, but I feel like we can go so much further.”

"I want to get to the stage where we can help people diagnosed with terminal illnesses such as cancer to live even just one day longer. I’d like them to be given the opportunity to have an evidence-based digital companion that can empower them and help them to do that."

Within the UK, the Low Carb Program is the highest-rated diabetes management app that the NHS has ever seen. However, Arjun and DDM are hoping that their new app, Gro, will reach and help even more people.

“Where the Low Carb Program focuses on nutrition, the Gro app focuses on every area of modifiable risk,” Arjun explains. The intention is to roll this app out in various countries around the world, thereby reaching even more people and impacting population health.

He’s excited about where digital health tech can lead. “I was in Germany recently with the Diabetes Federation and they told me that they don’t have a word for remission in relation to type 2 diabetes. We’re helping to change those perceptions and the potential for this new technology is really exciting,” he states.

Arjun Panesar graduated from Imperial with a MEng in Computing in 2006. He was a winner of the Emerging Alumni Leaders Awards in 2020.

Arjun Panesar is the recipient of our inaugural Emerging Alumni Leaders Award in 2020. This award recognises and celebrates alumni under the age of 40, who are remarkable leaders in their field, have demonstrated outstanding achievements or are making a substantial impact on society. 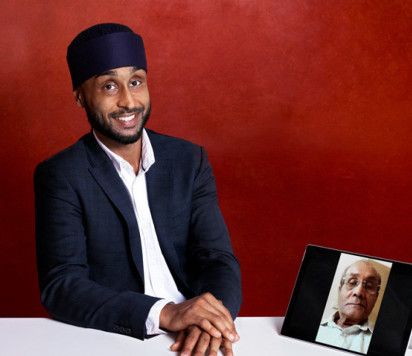 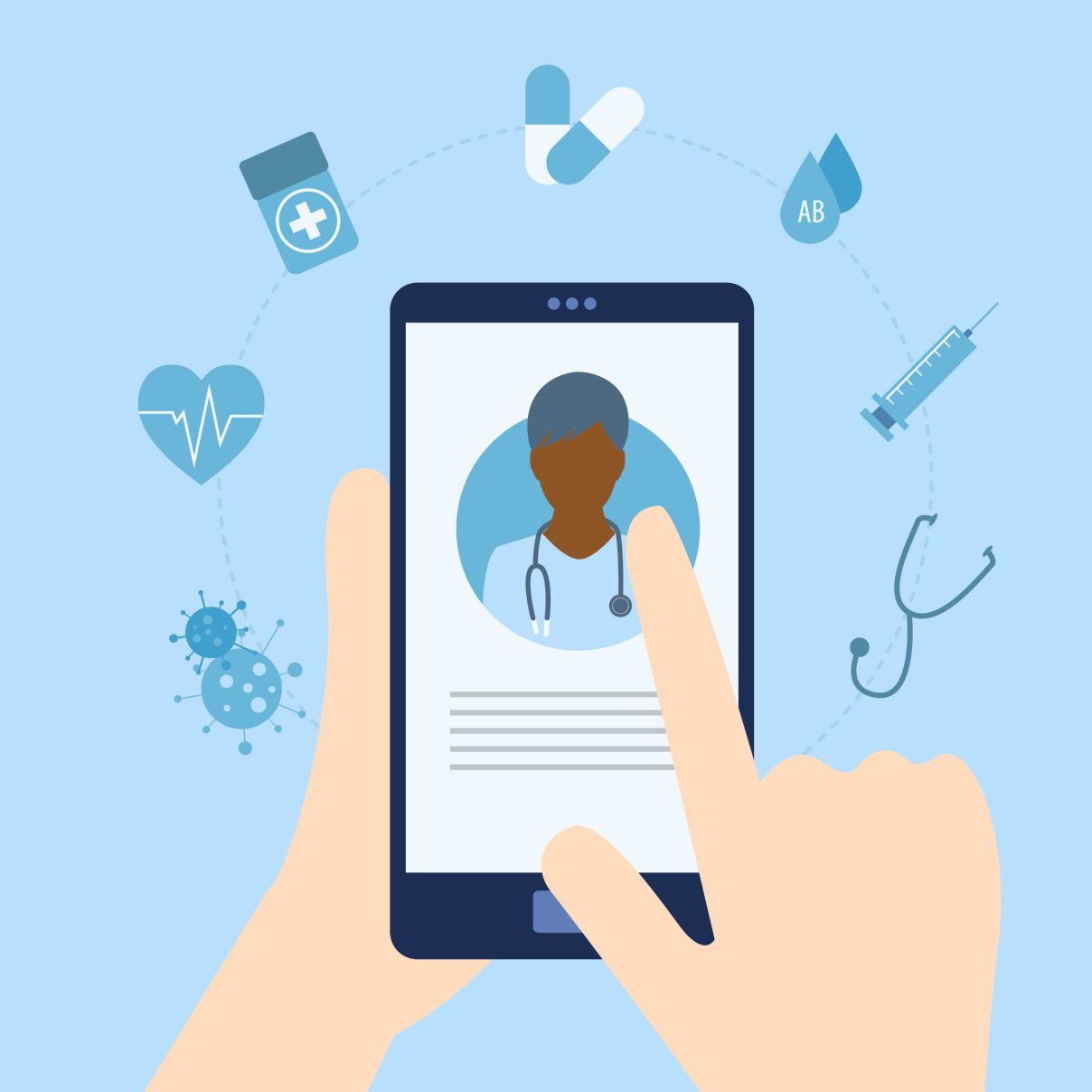 Breaking down barriers: Innovation in healthtech

Featuring Arjun on the panel. Watch the recording of this event now.