Asma Aejaz (Global Online MBA 2019) is a Diversity Advisor in Planning & Progress - Climate, Emerging Risks & Policy at Aramco based in the Kingdom of Saudi Arabia. Previously holding positions in the Oil and Gas Industry at Shell in Canada as well as HUBCO Pakistan.

What does break the bias mean to you?

We’ve made some progress in breaking this bias. Personally, I believe that mentorships and role modelling play a critical role, and what makes a true difference is when you have champions. It’s very important to create that visibility for yourself, but it doesn’t always happen through serendipity. I’ve been lucky to have both male and female champions and mentors in my career. It’s via those networks and building credibility that we can break the bias.

How have you faced bias in the workplace?

Working in a typically male dominated industry, gender bias definitely exists. Interesting though, when I started working, it was also a bias in terms of in age. Often, I was much younger than my colleagues at the table and sometimes the only woman in a room with all men. In comparison to my male counterparts, I definitely to had put in extra effort. For example, even a simple update meeting, I made sure to prepare myself. Ensure I had done all of the pre-readings and understand/ study the topics from a non-engineer perspective such that my input is backed is backed by knowledge and research.

So definitely, as a woman working in a male dominated industry, I had to put in the extra effort, I had to be on top of things, if not more. Sometimes I felt I had to reenforce my value by going above and beyond.  Maybe I’ve had to go 2 extra miles in comparison to some of my male counterparts, which was great learning but I do truly hope this will change in the future. I feel the world now understands the how impetrative diversity and inclusion is in deriving true value for business and society.

How has Imperial equipped you with tools to deal with gender bias?

Hands down the access to the network of fellow classmates, alumni, faculty, and case studies has been phenomenal. Having a network where I had access to people all over the world, some of my co-hort members were scientists, women in STEM, some were lawyers, and that in itself was so empowering. One of my partners in my syndicate group was a brilliant lawyer based in Greece, and the thought leadership she brought to our projects was immense. It’s access to that diverse network that enables thought leadership and the ability to comprehend divergent views.

Additionally, for our final capstone we had a Professor from Germany and she talked about her real-life business ventures. That insight, that reality of being a woman and running a business and seeing her very challenging Academic career, provided a role model in the classroom.

Imperial recognises the one true key challenge that women face, which is the pay inequities between genders. This is a global phenomenon, and it is consistent in all industries, whether it be Hollywood, Banking, Oil and Gas, Professional Athletes. Women are not paid equitably in comparison to their male counterparts. This is a reality. What I really appreciate is Imperial understanding this and offering the Women’s Scholarship. If you compare a man and a woman starting their MBA after a few years in the workforce, irrespective of what region they represent, I can say with reasonable assurance that her male counterpart will have more in terms of financially and monetary resources. Imperial offers a scholarship, to level the playing field. If academic institutions really want to increase the representation and participation of qualified women to their organisations, they need to consider the true reality of the financial inequity 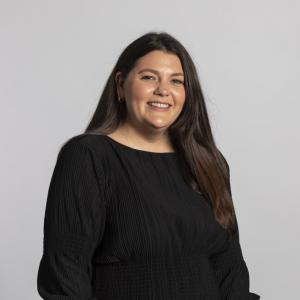 Alumni Relations and Philanthropy Executive
I am the Alumni Relations and Philanthropy Executive within Imperial College Business School. My purpose is to support the development of a culture of philanthropy across our alumni and student population, creating new engagement programmes to increase regular giving participation.
Admissions
BSc Economics, Finance and Data Science: writing a UCAS personal statement to impress
27 June 2022
Student blog
Why you should study your undergraduate degree at Imperial College Business School
20 June 2022
Executive Education
Executive Education Diary: Why true innovation is about more than having a good idea
14 June 2022