Davos on the ground

I spent a good deal of my time yesterday with the folks at WiseKey, a cybersecurity and communications technology platform that has gone all in on the Metaverse. Using the SpaceX launch vehicle, they’ve put into orbit a constellation of microsatellites to carry their network. And they’re using them, among another things, to mint NFTs.

At times, hanging out with people looking this far ahead can feel like you’re detached from the real world. But WiseKey was the first to bring the cybersecurity discussion to the World Economic Forum 20 years ago, they were early in blockchain and crypto eight to 10 years ago, and now they are telling us we should care about the Metaverse. It’s at least worth listening.

Of course, there’s a good deal of dealmaking going on. I engaged with a dozen different investor and customer prospects for my startup, I made commitment myself on two different angel investments, in climate technology and in fintech. Without as many big corporates running around, the investor and startup worlds were able to more freely mix without distraction.

That said, I did run into the CEO of a Fortune 500 company, who I had been trying to connect with for three months, not once, not twice, but three times in the same 24-hour period, and he was able to then connect me to his global head of sales and marketing and progress our discussions. And I met with the CFO of another multibillion dollar company who is amenable to partnering with my start up.

I was discussing this Davos effect last night: the assumption if you’ve made it here, people can relax a little and talk to you. Access and progress is much more rapid than conventional client cultivation. Certainly, we found several people who engaged with Imperial this week and were open to supporting our efforts in the coming months and years.

With that, I called a wrap on another successful Davos season. The run up to January has already begun, and I’m sure Imperial College Business School will be back on the Promenade then. If you’d like to contribute to our journey, please feel free to get in touch. 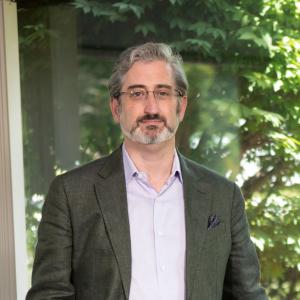 David is a member of Imperial's Centre for Digital Transformation, and leads both the Translational AI Lab (TRAIL), applying trusted AI solutions to problems of business, government, and society, and the Institutional Digital Assets Project, helping organisations understand and adopt digital assets such as crypto.
You can find the author's full profile, including publications, at Imperial Professional Web Page
Student blog
Why you should study your undergraduate degree at Imperial College Business School
20 June 2022
Executive Education
Executive Education Diary: Why true innovation is about more than having a good idea
14 June 2022
Features
IB Career Club of the month: Finance Club
10 June 2022