How flexible working can work for women

Professional women have been campaigning for more agile and flexible working for decades. So now that many have it, why doesn’t it feel like a victory?

A few years ago I watched helplessly as an administrator at a university where I worked wrote memo after memo pleading – with data to back up her case – that she would be more productive if she could avoid her long commute and work from home, just one day a week. It took 18 months for her request to be approved and, even then, she faced an uphill battle to convince managers that she would actually be working on her working-from-home day.

But when the world shut down in March 2020, millions of knowledge workers shifted to agile working (working from different locations other than the office space) or flexible working (working flexibly outside standard working hours) and the transition was much easier than many expected.

For decades, professional women have struggled to manage their multiple personal and professional priorities in a world created before dual career families were the norm. The pandemic, finally, prompted the technological scaffolding and social awareness that were necessary in order for a huge proportion of the workforce to accomplish their work flexibly. There isn’t a knowledge worker in the world who now doesn’t have direct experience with the many advantages of flexible working from home. So why doesn’t it feel like a victory?

Working at home vs work in the home

Employers and employees largely agree they are more productive working from home. A total of 80 percent of workers now claim they want to work from home at least one day a week, and would quit their jobs rather than have to return to full-time office life.

However, this new way of working doesn’t work nearly as well for women, especially mothers.

The pandemic didn’t only send home employees, but their kids as well. Meetings and professional deliverables coincided with home-schooling, childcare, and domestic responsibilities in an unprecedented way. And those home-based responsibilities are rarely divided equally between men and women.

Before the pandemic, women spent six more hours than men a week on unpaid childcare, a gap that increased to 7.7 hours after lockdown. For every one hour of uninterrupted work mothers were able to complete in lockdown, fathers managed three.

Inequities in how labour is divided inside the home have dramatic consequences for how labour, and with it, income, status and professional accomplishments, are accrued outside the home.

For those who have remained in work, division of labour inside the home has affected women’s ability to advance in their careers and, therefore, women’s equality in the workplace. Since the pandemic began, nearly 1.8 million women in the US have left the workforce, and women in the UK have been one and a half times more likely to quit or lose their jobs than men. In academia, men have been able to publish more, on average, than they did prior to the pandemic, while women’s research pipelines have taken a giant hit. In a profession that takes “publish or perish” seriously, women’s careers are sinking much faster than their male peers’.

Raising the next generation

It can be overwhelming to really face up to how the pandemic has affected careers differentially as a function of gender. So how can we move forward?

First, we need to acknowledge that determining how to manage the work required to raise the next generation fairly is a thorny one that remains unresolved. The fundamental truth is this: for there to be gender equity at work, there needs to be more gender equity in the home. For anyone to excel professionally, someone else – historically a wife – labours in the background ensuring the household runs smoothly. This is why Judy Brady’s classic feminist essay, “I want a wife” has been making the rounds again, 50 years after its first publication.

Unfortunately, while organisations and governments can introduce regulations and policies to create more equity at work and regulate flexible working for women and parents, it’s not possible to legislate how couples share chores and childcare at home. Households need to make decisions that are right for them. During the pandemic, that has meant millions of women stepping back from their professional lives. For any individual household, a decision for the female partner to step back from professional responsibilities may make sense. Nevertheless, when millions of these decisions are aggregated to the societal level, the combined result is the biggest setback to gender equality in half a century.

Some might think I’m overstepping the mark, but I explicitly discuss the importance of what happens in my students’ home lives to their careers in my MBA classes. A study of 25,000 graduates of Harvard Business School found that female MBAs expect their careers will be treated as equal in their partnerships, but male MBA grads expect their own careers will be the priority in theirs. These disparate expectations of whose career comes first then drives household behaviour, resulting in men being more likely to report they have been able to achieve their career goals over time, while women are much more likely to report dissatisfaction with their own careers.

These differing expectations need to be made explicit, and as a society we need to stop tolerating gendered role expectations at home that leave women at such a disadvantage at work. My hope is that the pandemic has given men a greater awareness of the size of the domestic load women have long been carrying behind the scenes.

Over the course of the pandemic, I have observed colleagues being more understanding about the impact of domestic disruptions on personal productivity during agile and flexible working than they ever have been in the past. We’ve made tremendous strides towards understanding what egalitarian and family-friendly working practices look like. Now we must focus on what egalitarian and family-friendly homes look like too. 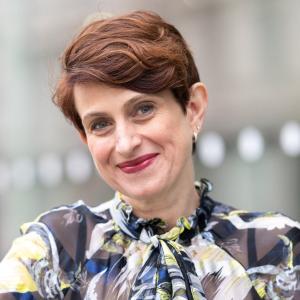 Imperial Leadership in a Technology Driven World Programme is a five-day immersive course that equips participants with the skills to lead their teams through the digital age.

The Imperial MBA is a transformational experience that will shape you into a confident business leader.