Brexit: why too much information leads to uncertainty and chaos

Noisy information prevents people from uniting around an objective truth

Today we can get our information from hundreds of different sources. Some are traditional media such as newspapers, radio, and TV, whereas others are online like Facebook’s newsfeed or Reddit. With so many sources of information, it’s not only possible that we will develop permanently polarised beliefs, but inevitable.

If we are to maintain the belief that a shortage of information is responsible for divisions in society, it should follow that an increased supply of information will lead to agreement. But instead we find the opposite.

For example, across the two main political parties in the UK there are differing opinions on how to deal with Brexit. With the constant stream of information from analysts and professional forecasters, there should be a consensus on what would happen, for example, in the aftermath of a hard Brexit.

However, despite receiving a vast amount of information, both sides of the Brexit debate appear further apart now than they were three years ago. Voters and politicians disagree vehemently, not just about issues without a clear answer, but also about those which should be resolvable.

When two people disagree, even slightly, they seek out sources that confirm their respective beliefs

Political polarisation has the potential to lead to uncertainty and chaos as we have already seen with Brexit. In the UK, currency fluctuations have become a nightmare for traders, retailers are struggling in the face of rising consumer caution, and productivity has taken a significant knock.

But, as we cannot blame polarisation on a shortage of information, another possible explanation is the lack of clear signals. Information is by its nature, noisy. If we had access to perfect information, i.e. information that is truly objective and unbiased, then all agents would receive signals that will cause them to gradually unite around an objective truth – in this case an optimal solution to Brexit.

However, news sources are rarely objective. Rather, they start from a particular position in the debate and the information they present is skewed by this lens, biasing most signals.

Furthermore, an abundance of available sources of information will cause disagreement to spread. With innumerable blogs, newspapers, podcasts, TV channels, and other sources to turn to, we have a staggering level of choice in how and where we get our information. When two people disagree, even slightly, they seek out sources that confirm their respective beliefs. This is termed the confirmation effect.

In the context of Brexit, it means someone who is cynical of the EU will lean towards news sources that have historically been negative about the bloc, and whose ongoing reporting is likely to be biased in favour of a hard Brexit. That person would have a radically different experience compared to a Remainer getting the same piece of news from a historically EU-positive source.

Disagreement becomes permanent when people become more certain of their beliefs. This causes them to pay less and less attention to new information, even if it’s coming from sources they agree with. As a result, those who disagree will either choose to look at completely uninformative sources or will choose to ignore what sources they do have access to. Their beliefs will cease to change, due to what is termed the complacency effect.

Individuals are aided in this complacency by social media algorithms that lead them into echo chambers of one-sided news. Eventually, the news they consume will have only a passing relationship with any actual informational content. In Brexit terms, it can be observed in a growing apathy among voters, which crucially has not translated into any sort of cross-divide agreement or softening of stances.

So how can polarisation be avoided? One possibility is to recognise our own behaviour traits and try to force ourselves to read less biased or oppositely biased sources from time to time. Failing that, regulation of information could be a possibility, where news sources are rated as credible or biased based on various metrics.

Social media could also help in showing our current preferences in information consumption, and how it compares to those we are connected with, and the public overall. Placing a greater emphasis on these aspects of our news consumption could help to stem polarisation in our beliefs. 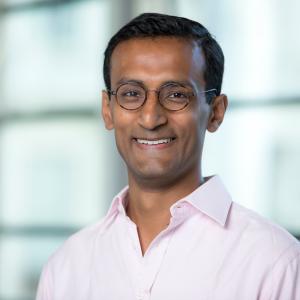 Dr. Sundaresan has an AB in Philosophy and Mathematics from Harvard, an MSc in Logic, Computation, and Methodology from Carnegie Mellon, and an MA, MPhil and Ph.D. in Economics from Columbia.