Is there really no such thing as bad publicity?

For a startup to succeed, consumers need to not only be aware of it, but also understand how it differs from its competitors. One way of doing that is attaching it to some cultural referent that represents values you’d like attached to your brand: think of the 1950s masculinity of the Marlboro Man, or the chic actresses of a million perfume adverts. But not all cultural referents are so cool or so glamorous. What if, say, your brand is associated with Jack the Ripper or the Mafia – are they still good for business?

Valeria Cavotta, of the Free University of Bolzano, and I investigated that question in a recent paper by looking at three examples of brands that got controversial.

Le Mafia se Sienta a la Mesa is a Spanish chain of Italian restaurants. Founded in 2000, it has proven highly successful in the Spanish market, opening over 40 branches and even launching its own perfume (albeit a tongue-in-cheek pizza fragrance). The problem is its name, which translates as “The Mafia Sits at the Table”.

To a Spanish audience, the name represents a sort of edgy cool, but to an Italian audience these associations give way to the very real shadow still cast by organised crime. From their perspective, to name a restaurant chain after a bunch of murderous thugs is crass at best, and flagrantly offensive at worse. That was the view taken when the newspaper La Repubblica reported on the chain in 2014.

Widespread indignation in Italy went as far at the EU Intellectual Property Office, which stripped the chain of its trademark in 2016. The appeals office followed suit in 2018, on the grounds that it promoted a criminal organisation and therefore ran contrary to the values of European society.

This is an example of how what might play well with one audience may well alienate another – something to which any entrepreneur thinking of calling upon such cultural resources must be alive. We might note that, despite the chain being removed from guidebooks, it continues to open new branches, and enjoys very positive reviews on Trip Advisor.

Seemingly this controversy is a price the chain is willing to pay for its distinctive brand – with few efforts made to change beyond removing references to real-life Mafiosi. The controversy may even serve as compensation for the lost copyright, with few other restauranteurs likely to follow it down this path.

Our second example is East London’s Jack the Ripper Museum, opened in 2015. The museum drew the ire of feminist groups, human rights advocates, and the media for what they saw as its glamorisation of sexual violence and misogyny. A petition was signed by 13,000 people and the local mayor expressed frustration the museum could not be shut down.

Jack the Ripper is an ingrained part of the popular history of the East End, the subject of many films, investigations and tours – but the museum was seen by many as poorly judged. Perhaps we might also read something into this of shifting societal attitudes towards treating historical violence against women as kitsch entertainment. In other words, a tainted cultural resource becoming more tainted.

The museum did suffer – retroactive planning permission for its signage was refused, and a shutter was installed after the building was vandalised – but it remains open, even winning a Trip Advisor Certificate of Excellence in 2017. It enjoys high review scores on both Trip Advisor and Google from a relatively high number of reviewers, suggesting it is doing decent trade.

It might be argued the widespread indignation brought the museum a level of publicity it wouldn’t otherwise have enjoyed. Because tainted as it might be, the story of Jack the Ripper is an undeniable draw for many.

We might even suggest that the controversy itself becomes an added selling point in this case: failed attempts at bans can lead to increased success for brands that thrive on this sort of covert prestige.

To finish, let’s consider the case of KA Design; you may want to clear some space on your desk for your head. In 2017 this brand was being covered in Dazed & Confused, Teen Vogue and The Washington Post. Quite the coup for an obscure European apparel brand, at the point selling their wares, through third-party marketplace Teespring, no?

Unfortunately, the coverage was focused on the fact that this small brand was trying to reclaim the swastika. Referencing the symbol’s roots as a symbol of eternity in Eastern religions, the swastika motif was printed on clothing against a rainbow background, alongside words such as “peace” and “love”.

some symbols [are] well beyond any hope of rehabilitation

Unsurprisingly the backlash was nearly universal, with Teespring pulling the products within days of the story reaching popular attention.

Their poor judgement shows how deploying tainted cultural referents can backfire, with some symbols well beyond any hope of rehabilitation. It is certainly possible some tainted resources can become less so, but clearly there are some which are simply too tainted to ever be used for business purposes.

This article draws on findings from "A Double-Edged Sword: Cultural Entrepreneurship and the Mobilization of Morally Tainted Cultural Resources" by Elena Dalpiaz (Imperial College Business School) and Valeria Cavotta (Free University of Bolzano). 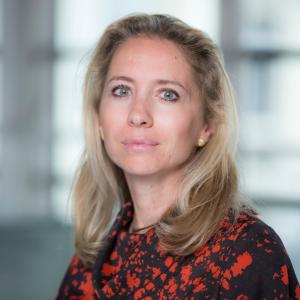