Personal data not only allows major businesses to track individuals’ behaviour, it also allows them to drive up prices

In 2019, the US Federal Trade Commission (FTC) announced its decision to fine Facebook five billion dollars for “deceiving” its users in regard to its ability to keep their data and information private. The fine was the culmination of the US Government’s investigation into Facebook’s privacy practices, sparked by the Cambridge Analytica data breach that saw tens of millions of Facebook profiles leaked and used to predict US voters’ choices and target them with political campaign material.

Although this was hailed as a sign of regulators’ increasing willingness to clamp down on the dubious privacy practices of Big Tech companies, the fine will not necessarily change much. Facebook anticipated the charge and the stock market reaction was positive, indicating that even a five billion dollar fine was something the organisation could take in its stride.

Competition exists between these players in terms of keeping user attention on their own platforms and not on those of their competitors.

More important than the money, though, was the lack of any deeper measures taken by the FTC. “The settlement imposes no meaningful changes to the company’s structure or financial incentives, which led to these violations,” said FTC Commissioner Rohit Chopra in a dissenting statement. “Nor does it include any restrictions on the company’s mass surveillance or advertising tactics.” In other words, it was a slap on the wrist (Facebook is expected to make almost $100 billion selling ads in 2020 alone).

The EU, by comparison, has been more proactive when it comes to regulating Big Tech firms’ handling of user data. This has been done partly through the General Data Protection Regulation, which came into force in 2018, but European authorities have also led the way in terms of addressing the problems related to digital platforms through antitrust enforcement.

What does this mean in a practical sense? It starts with recognising the state and goal of competition in the field. In an attempt to define its role in the technological boom of the past decade, data has variously been described as “the new oil” and “as common as water”, indicating both its potential value and its abundance. Neither of these generalisations is particularly useful or accurate, however.

What’s more important to note is that data is key to digital platforms because, when analysed closely, it can provide real-time knowledge of consumer behaviour across applications. This has led to an “attention economy”, in which Big Tech players work to capture users’ attention (and thus their data), build profiles of their choices and habits, and then sell those profiles to advertisers. Competition exists between these players in terms of keeping user attention on their own platforms and not on those of their competitors.

The system can leave consumers worse off than if they had never given access to their data in the first place.

High-level mergers such as Facebook’s acquisitions WhatsApp and Instagram concentrate the digital-platform market. This reduces competition, making attention a scarce resource for advertisers. Since Facebook’s business model (and indeed Google's) is based on selling ads to the highest bidder, this leads dominant digital platforms to favour advertising only high-cost items to consumers. In other words, the system can leave consumers worse off than if they had never given access to their data in the first place. On top of this, data privacy breaches, potential profiling and discrimination, and marketing to exploit personal vulnerabilities (e.g. advertising high-interest loans to those in financial hardship) are all detrimental to consumers, while ensuring they receive no value in return for handing over their private data.

The question of how much we want technology companies to know about us has become of even greater interest since the coronavirus outbreak. Big Tech players such as Microsoft, Amazon and Palantir have been praised for stepping up to help the UK's National Health Service work out where important resources are most likely to be needed, but this has also raised concerns over privacy and security.

However, it’s important not to fall in the trap of a false dichotomy between health and privacy. Technology can and should be used during this emergency, and technology still can and should guarantee fundamental rights in our democracies.

A frequently cited argument is the so-called “privacy paradox”: the observation that consumers claim to care about preserving their privacy, but don’t take steps to reduce the amount of data they share. However, consumer choices are complex: most have little to no understanding of data practices, and there’s little transparency in such phrases as “we may collect your personal information for marketing purposes” or “we may share your personal data with affiliates and trusted businesses”. As a result, consumers are unable to understand the future costs of their choices, so cannot be held to be expressing a preference when accepting opaque privacy terms.

There are virtually no published papers in the past 10 years that used primary data from one of the five leading digital companies.

Again, the issue of competition is key here. Digital markets are, by their nature, difficult for new entrants to break into, as network effects create barriers to entry. Elusive data practices serve to strengthen these barriers, giving platform incumbents a competitive advantage by concealing information that would allow consumers to compare alternatives. Academic access to anonymised data could help to remove these barriers but it is another area in which Big Tech firms remain elusive. In the top-five economic journals, there are virtually no published papers in the past 10 years that used primary data from one of the five leading digital companies (i.e. Amazon, Apple, Facebook, Google or Microsoft) to tackle a question related to competition or competition policy. We currently struggle with very important policy questions in the digital space, and digital giants have not helped us much in finding answers.

Within this challenge, however, lies opportunity. Lack of competition in a market leads to a reduction in quality, and rapidly eroding consumer data protections stand as the quality reduction in this sector – an example of competitive harm. Let’s not forget, for instance, that in the mid-2000s, when Facebook was an upstart social media platform, it tried to differentiate itself from the then-market leader, Myspace. In particular, Facebook publicly pledged to protect privacy, but as its competition began to disappear, Facebook revoked its users’ ability to vote on changes to its privacy policies. Hence, competition and privacy protection are part of the same process.

Under EU Article 102, consumers are protected against such harm caused by abuse of dominance, and this gives European authorities an antitrust enforcement rationale to investigate big tech firms. As pressure mounts, the firms in question may opt to increase transparency in order to deflect criticisms of their opaque data practices, which could also allow for greater academic scrutiny. This, in turn, could improve consumer understanding of the choices and costs associated with data privacy. Of course, this all depends on authorities choosing to take action – the twin pillars of antitrust enforcement and academic scrutiny must go together to have full effect.

This article was amended on 6 April 2020 to reflect the coronavirus pandemic. The accompanying video was recorded before the UK Government-initiated lockdown. 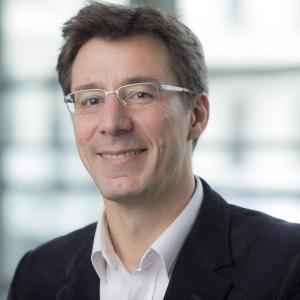 Tommaso is currently the Head of the Department of Economics & Public Policy at Imperial College Business School. He is a Non-Executive Director to the board of the Financial Conduct Authority. He was the Chief Competition Economist of the European Commission (Directorate General for Competition) between September 2016 and August 2019.

His main research interests are industrial economics, regulation, and telecommunications economics. He has held several editorial positions (as Editor of Information Economics and Policy, and Associate Editor of The Journal of Industrial Economics and Economica) and published numerous journal articles.

Are ethical leaders good for business?

Ethical leaders don't have to be high up within an organisation, but they do have to show responsibility for their skills, ideas and thinking, and promote positivity.