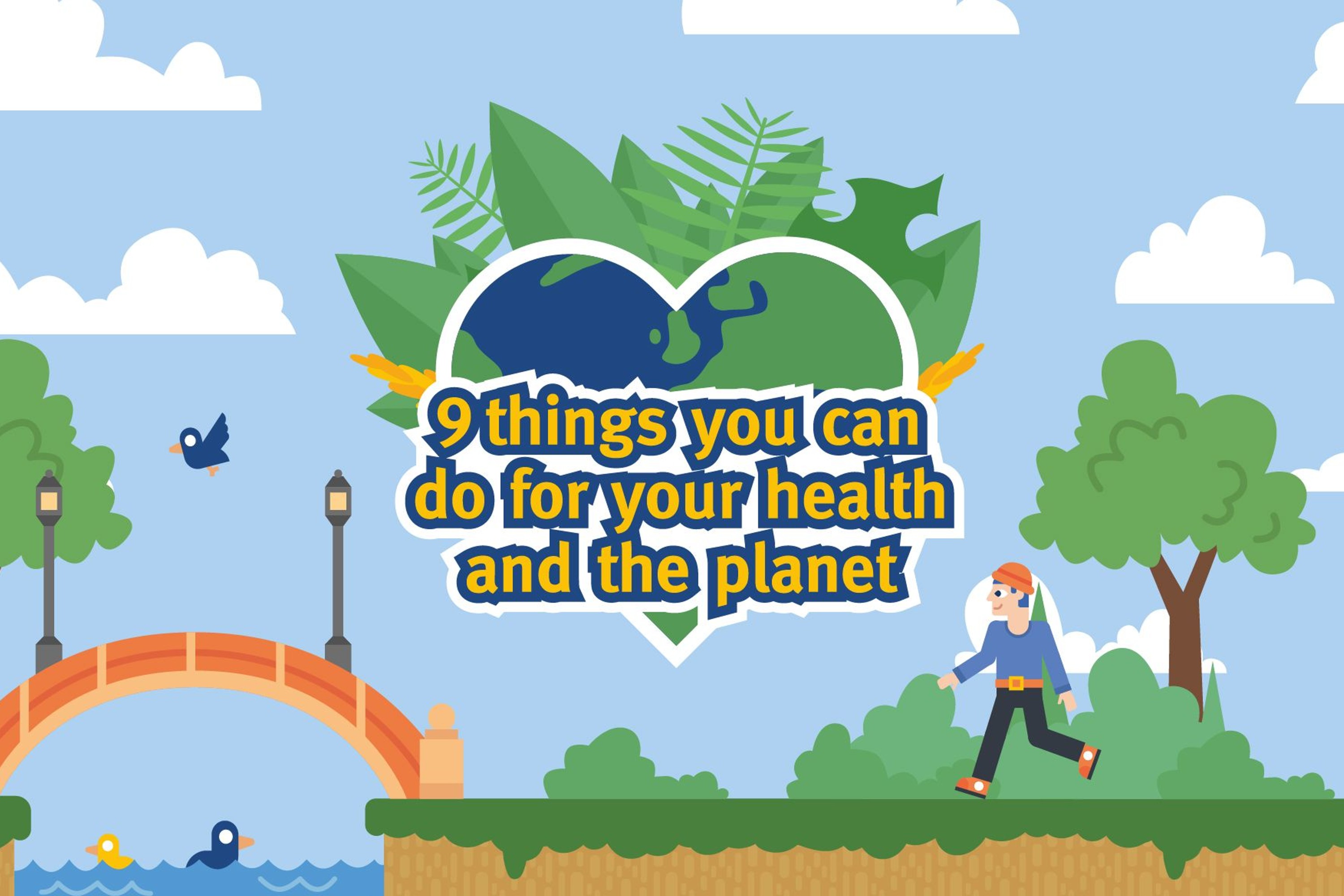 Periods of self-isolation during the COVID-19 pandemic have given many people a greater appreciation of nature and its benefits for their physical and mental wellbeing. Daily walks in local parks, countryside or canal towpaths have provided important opportunities to get outside, exercise and de-stress. ‘Nature is healing’ became a pandemic mantra, but things are not all well with the natural world. The Grantham Institute policy and communications team conducted a campaign highlighting how humans and nature are intertwined and the importance of protecting nature, from our local patch of greenery to international efforts to tackle climate change.

At the UN Climate Change Conference (COP26) in November 2021, we coordinated an event engaging global and local experts on the need to tackle the twin crises of biodiversity loss and climate change, and in a way that is socially inclusive and fair. We intend to continue to progress these conversations in the lead-up to the UN Biodiversity Conference (COP15) in Kunming, China. Our plans for 2022 include sharing expertise from Imperial’s world-leading scientists about the future of Atlantic salmon, international research engagement in Polar regions and sharing evidence on the most impactful individual choices and systems changes that can protect humanity and the natural world. 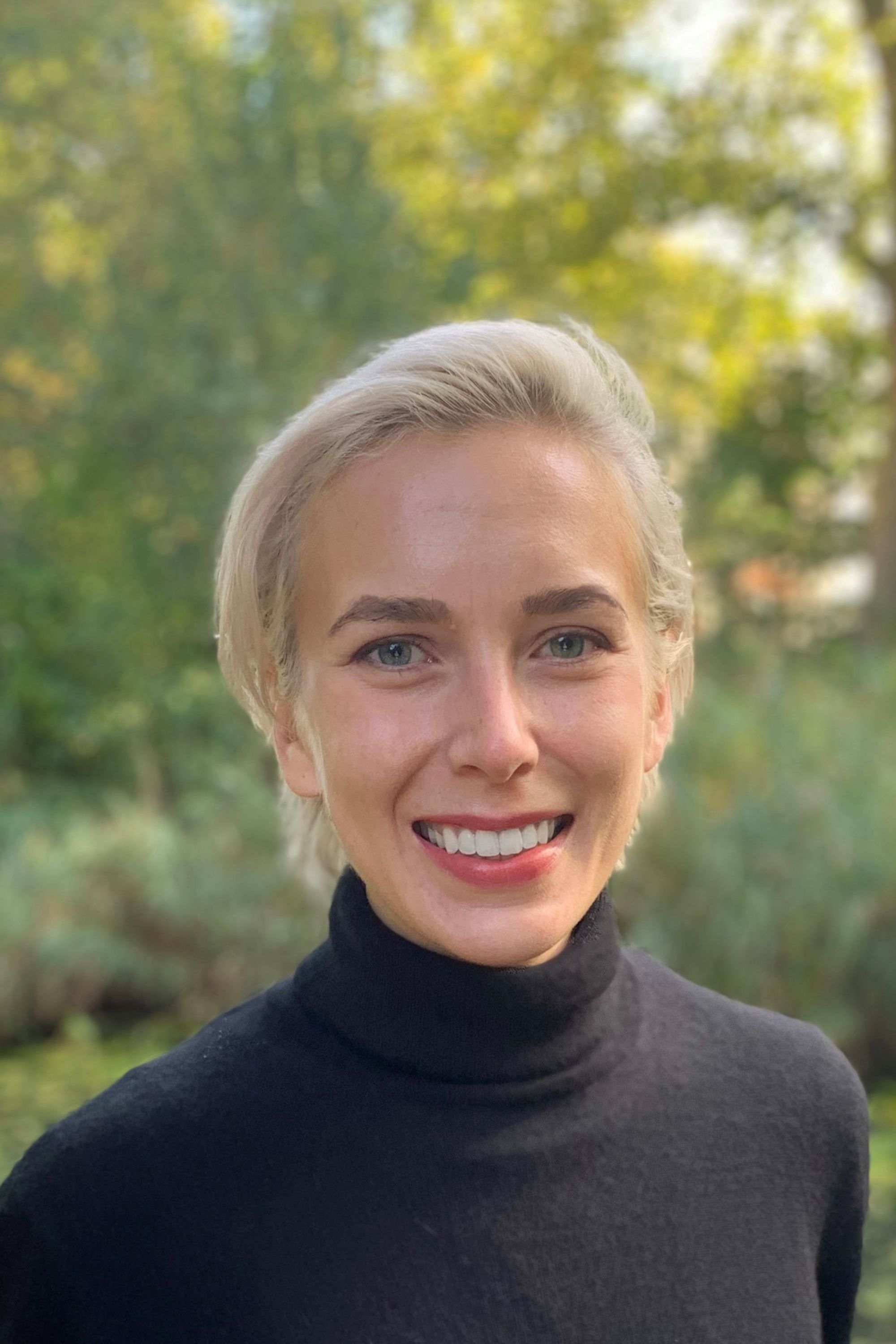 Galina’s PhD research focuses on biodiversity trends using the Natural History Museum’s butterfly specimens to create statistical maps of species trends over the past two centuries, when human demands on nature have increased in terms of changing land use and climate change.

“It is not just climate change impacting ecosystems and their biodiversity, but biodiversity regulates the climate by storing and capturing greenhouse gases, while loss and degradation of biodiversity can be a source of emissions,” she says.

Galina was among the Grantham Institute’s delegates at the UN Climate Change Conference (COP26) in Glasgow.  She says: “It was the living embodiment of ‘the more you know, the less you know”; both humbling and inspiring. “I went to COP26 determined that climate action must centre around ecosystems and left with a nesting doll of systems – nature must be at the heart of tackling climate change, but so must people and anthropogenic systems (social, political, financial). What’s needed is a small army of experts and spokespeople representing every corner of human society, and Earth’s non-human inhabitants.”

Galina is now working on a paper with Professor Andy Purvis on how and why climate change and biodiversity are interconnected, examining the urgent need for an integrated approach to benefit humanity and nature.

Imperial published its first five-year sustainability strategy in February 2021 as part of a week of activities that brought together students and staff to discuss and celebrate action on sustainability. Led by the Academic Leader for Sustainability, Professor Paul Lickiss, the strategy sets out the College’s long-term goal to be a sustainable and net-zero institution by 2040 and includes targets around energy, food, transport and biodiversity among others.

Each day highlighted a different theme, including a Biodiversity Day event organised by the Grantham  Institute. Over 1,900 online viewers explored The Ecological crisis:
Science, scary stuff and solutions with Dr Will Pearse and Petchara Newson, President of the Imperial College Union Environmental Society.  Supporting the goals of the strategy, summer research placement students working under Dr Tilly Collins conducted biodiversity audits at six of Imperial’s campuses. Professor Lickiss said, “these audits give us a detailed picture of the flora which is important to help identify where the biodiversity of our campuses needs improvement”.

Londoners discover nature on their doorsteps

More than a million species are on the verge of extinction, with an average 60% decline in animal populations since 1970, and the Grantham Institute appealed for help to save them in a campaign during 2021.

Research postgraduate Ben Chapple, also an amateur wildlife guide, filmed four urban nature walks to encourage people to discover the biodiversity on their doorsteps – one for each season (see below).

In a long-read feature, commissioned by the Institute, The Conversation science editor Miriam Frankel interviewed four Imperial experts about the scale of the ecological crisis, why it matters for humanity and what needs to be done about declining biodiversity.

Dr Bonnie Waring said: “[We] inherited the planet at the most diverse it’s ever been… There is a moral and ethical perspective from which we should respect the rights of those species, with which we share the planet, to exist.”

Following the event, award-winning poet Dr Robin Lamboll united these creatures under one lyric umbrella: “Will you carrion past the vulture, slither past the snake and be taken by the bees-knees?”

Climate change and mental ill-health are two of the most significant challenges facing people across the world, yet the interplay between them remains neglected.

A briefing published by the Grantham Institute and Imperial’s Institute of Global Health Innovation that was downloaded 8,000 times seeks to fill this gap and open dialogue between the health and climate professional communities.

Launched to over 300 UK and international stakeholders, and featured by media outlets worldwide, the paper paints a stark picture of increasing impacts on mental health as temperatures rise and extreme weather events become more frequent.

Recommendations discussed with decision-makers, including in Glasgow’s COP26 Resilience Hub, emphasise the important role that nature can play in reducing the negative impact of climate change on mental health.

Dr Emma Lawrance, lead author of the paper, said: “Win-win opportunities exist that benefit the health of our planet and minds. Such solutions include increasing the amount of green space in urban areas to absorb carbon dioxide, reduce the heat island effect, reduce the risk of local flooding and improve access to nature.”

READ MORE: The impact of climate change on mental health and emotional wellbeing: current evidence and implications for policy and practice

An Ipsos Mori poll in 2021 found that climate change, the environment and pollution were the British public’s top concern, exceeding COVID-19 and Brexit. Imperial researcher Pete Knapp (pictured) has been recording conversations with a variety of people who became activists after finding out about climate change and the ecological crisis. 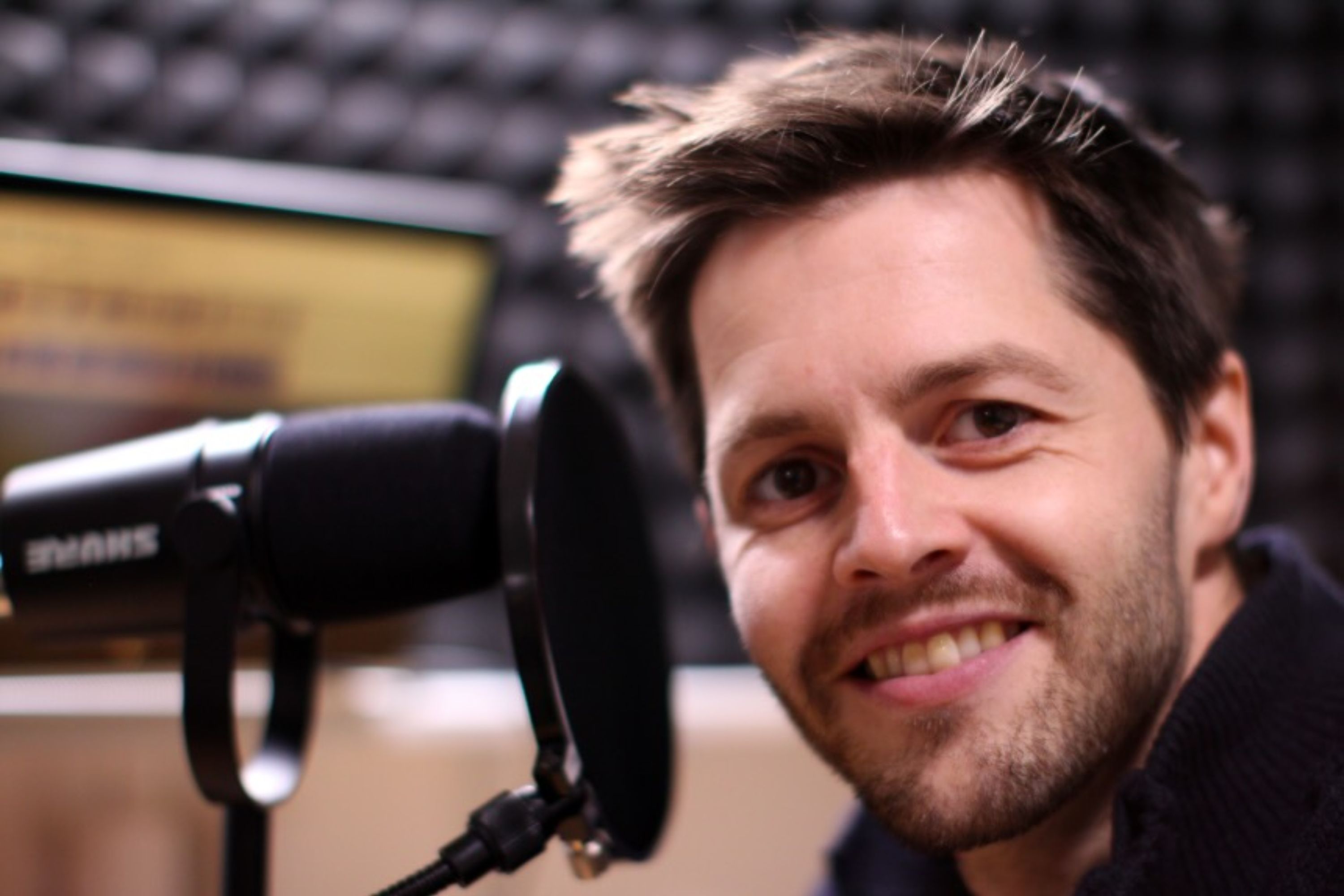 “How had world leaders allowed this to happen?”, he asked himself while living in heavily polluted Beijing. “This was the reason I chose to change my research interest from antimatter physics to air quality.”

The conversations are published as a podcast series by the Grantham Institute. Tipping Points is named after a large rapid change in an environmental system – as well as a personal change of heart. It was supported by funds from Imperial’s Societal Engagement team that aimed to establish new socially distanced engagement projects during the pandemic.

A Discussion Paper on the future of UK Antarctic science coordinated by Professor Martin Siegert is the inspiration for two joint events by Grantham Institute and the Royal Meteorological Society in 2022–23. The events, which will cover the UK’s scientific and policy engagement will discuss how Polar regions hold the potential to address a range of critically important scientific priorities, including climate change impacts, ecosystem protection, the likelihood of extraterrestrial life and monitoring space debris.

Self-made films shot by PhD researchers and starring their everyday lives, the excitement of research and the challenges they face as scientists will be seen by young people exploring the UK’s 11 regional museums with natural history collections. This is the first project to come from the Grantham Institute’s engagement partnership with the Natural History Museum and its Real World Science network in 2022.

What do ‘nature based solutions’ to climate change and ecological decline – such
as land restoration, rewilding, and direct tree planting – entail for Indigenous peoples, investors, farmers and ecologists? Grantham Institute researchers are bridging peoples’ different concerns, ideas, ambitions, desires and emotions, thanks to a seed fund from Imperial and MIT aimed at connecting research on global issues at the two institutions. Working with MIT colleagues, Drs Bonnie Waring, Alex Köberle and Joeri Rogelj hope to agree a common vocabulary and basis for dialogue that will enable stakeholders to communicate and collaborate on fair terms.