Before we look at how to develop and use ILOs it will be useful to examine key aspects of Bloom’s Taxonomy, a classification framework that supports and sometimes informs the design of ILOs.
The taxonomy was originally an attempt to classify the thinking behaviours that were believed to be important in the processes of learning. Ultimately, this developed into  three domains:
This was one of the earliest attempts at classification. The taxonomy was revised in 2001 to reflect more recent understanding of educational processes, and it is still widely used today.
The taxonomy for the cognitive domain is often represented in the form of a pyramid, as shown below. 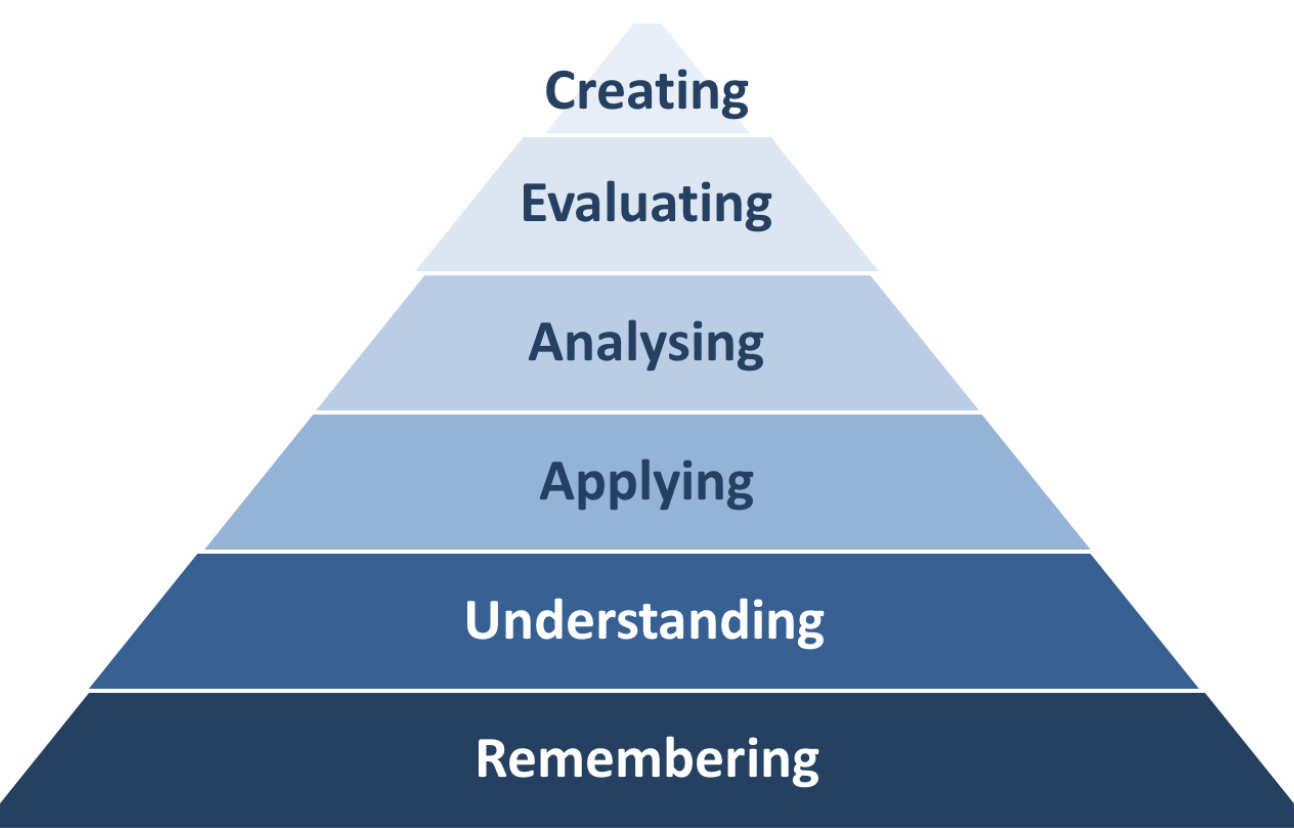 The table below shows the definitions for each level in the revised taxonomy.

By helping us to evaluate and describe the appropriate levels of learning we want to design for our students, Bloom’s Taxonomy, as revised, can be a helpful guide when writing ILOs.
In the next section we will look at constructive alignment, and the role performed by ILOs in curriculum design.
Aims, objectives, outcomes - what's the difference?   ILOs and constructive alignment