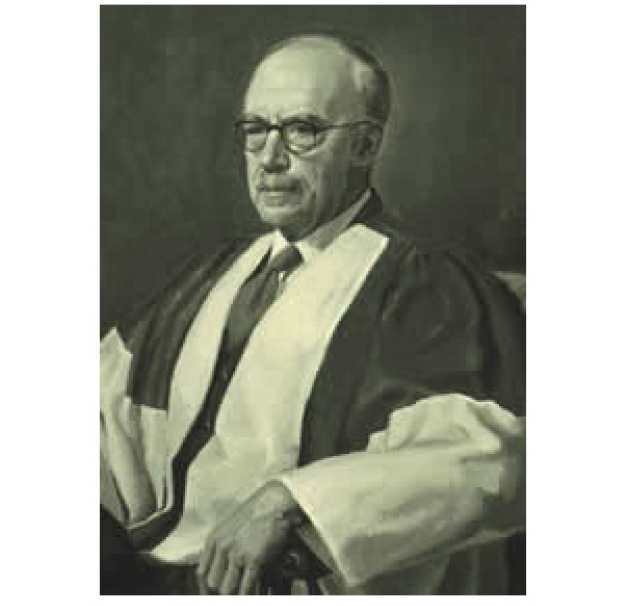 Sir Henry T. Tizard, GCB, AFC, MA, LLD (1885–1959) was a chemist and mathematician. He was influential in national scientific institutions, worked in aeronautics and began working on

radar before WWII. He led the Tizard Mission to America in 1940, an important technical information sharing mission, that included information about radar and the jet engine.

Tizard became Rector of Imperial in 1929 and was influential in shaping the College of today. He recognised the need for expansion and began negotiations to take over the Royal School of Needlework building on Exhibition Road, purchased land at Harlington for use as a sports ground and helped secure Silwood Park as the College’s field station. He was also instrumental in creating today’s South Kensington Campus by consolidating Imperial’s hold over its central area, known as the ‘island site’, which was being considered by the government for other uses.

Tizard was Rector between 1929 and 1942. Outspoken and warm with a caustic wit, he is remembered for spending nights at the College during the war, playing snooker and billiards, and chatting to members of staff.

After the war Tizard served as chairman of the Defence Research Policy Committee and president of the British Association. One of the South Kensington Southside halls of residence, opened in 1963, was named after him.