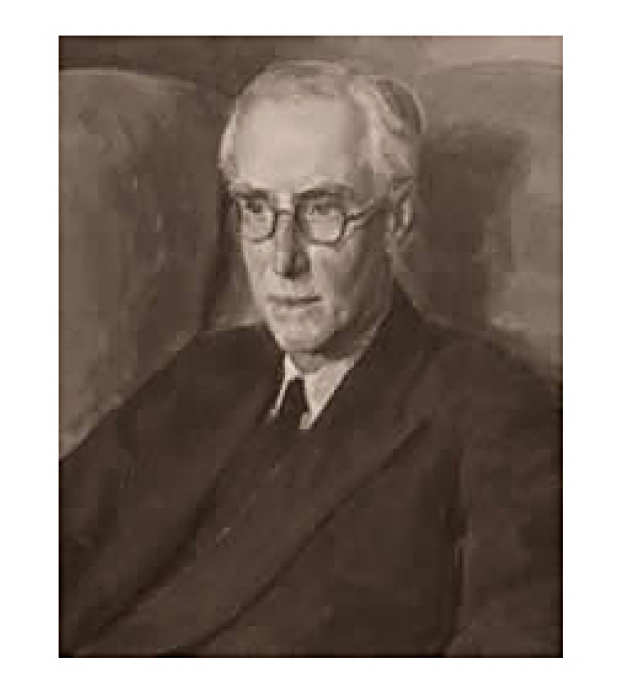 Sir Richard Southwell,  MA, LLD, FRS (1888–1970) was educated at Cambridge and gained first class Honours in both themathematical and mechanical science tripos in 1912. He was made a Fellow of Trinity College, becoming Lecturer in Mechanical Sciences in 1914.

During WWI he served in the Royal Naval Air Service and after the war worked at the Royal Aircraft Establishment Farnborough as head of the Aerodynamics and Structures Divisions.

He moved to the National Physical Laboratory in 1920, moving back to Trinity College as Fellow and Mathematics Lecturer in 1925. Southwell moved to Oxford in 1929 as Professor of Engineering Science and Fellow of Brasenose where he developed a school of research. His wide experience led him to becoming a member of many governmental technical committees, including the Air Ministry when the airships R.100 and R101 were being devised.

In 1942 he joined Imperial College as Rector, retiring in 1948. Whilst at Imperial he continued his research interests, but also gave time to students and was instrumental in the opening of Selkirk Hall, a new student residence.