Watch our past webinar recordings and register for upcoming webinars.

Our international community of students from over 140 countries includes a growing number of students from Canada and the USA. Read about Emma's experience moving to London from NYC, and more, on her student blog.

A substantial number of the College’s US students are in possession of a prestigious Fulbright or Marshall scholarship, including, for example, Nick Schwartz who is studying MSc Advanced Mechanical Engineering.

The College also collaborates on a number of short-term summer programmes with partners including MIT and the University of British Columbia (UBC). These allow undergraduates from both institutions to undertake a period of supervised research overseas at the partner institution.

MIT and Imperial also collaborate on the Global Fellows Programme, a summer school for early-stage PhD students from both institutions. You can find out more about our links with North America on our Global Imperial website.

Explore the upcoming events we are attending in your country below. These are excellent opportunities to meet us and ask any questions you have about studying at Imperial.

Be the first to hear about events and discover other opportunities to engage with us online by signing up to our emails.

For more information about these events email Catherine Eames.

Imperial welcomes applications from a range of international qualifications at both undergraduate and postgraduate level.

Entry and selection criteria for each course vary and there are further details on each course page. You can refer to the general entry requirement pages for guidance on the minimum grades that are usually expected in your qualification.

It is important to meet the minimum English language proficiency criteria for your course. You can see the list of accepted qualifications and the required scores on our English language requirements pages:

You can search all of our scholarships in one place on our undergraduate and postgraduate fees and funding web pages. Examples of funding for students from North America include:

They can also provide information on a range of relevant issues, such as opening a bank account in the UK and accessing the National Health Service.

We offer specialist immigration advice, including on Tier 4 (general) student visas, before you arrive and throughout your studies. One-year Master’s students can access a streamlined visa process and may stay in the UK for six months after their studies.

Our 380+ student-run societies, clubs and projects also provide a supportive social network, bringing together people who share a similar interest, course or culture. See the full list on Imperial College Union's website, including more information on:

Others move abroad again, and as an Imperial alumnus you will join a community of over 190,000 former students in 200 countries. We have alumni groups worldwide and you can join our online platform Imperial Plexus to help you build links with other former students.

In North America these include:

Imperial and the United States have worked closely for years.

Imperial College and the United States have worked closely for years, with education and research links reaching back more than 70 years.

Aaron Solomon (MSc Genomic Medicine) on how studying at Imperial can kick-start a research career.

Aaron Solomon (MSc Genomic Medicine), originally from the United States, explains how studying a Master's degree at Imperial can kick-start your career in research.

Imperial's Professor Winston made an appearance on CBS's The Late Late Show with James Corden.

Imperial's Professor Robert Winston made an appearance on CBS's The Late Late Show with James Corden in September 2016. Our Professor of Science and Society performed three gas-based experiments in front of a live studio audience.

"Studying at Imperial is intense and rewarding. Everyone at the College is extremely bright and motivated – the atmosphere is contagious and you end up working hard as a result. And with all the fantastic institutions nearby, there’s always someone new to chat with about your research and get new ideas. I also love the energy and diversity of London. There are so many different people who all seem to be ambitious and doing something interesting."

News from the USA and Canada 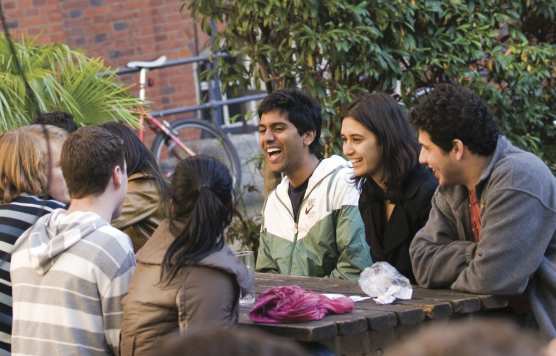 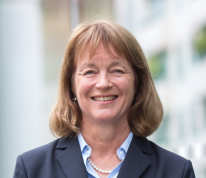