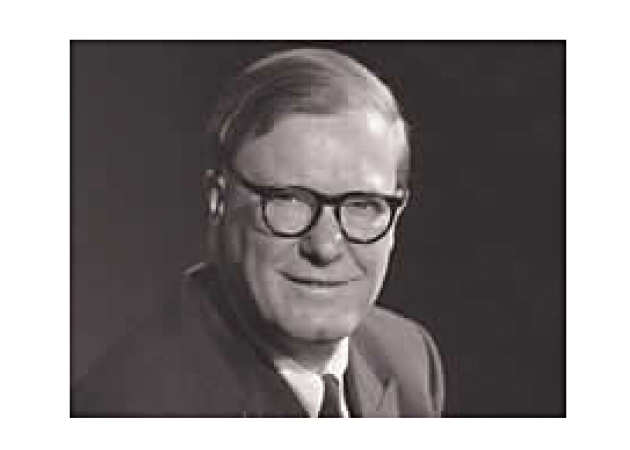 The Rt Hon. Lord Penney, OM, KBE, MA, PHD, DSC, HONFCGI, FIC, FRS (1909-91) worked as a laboratory assistant before gaining a scholarship to study at Imperial, where he obtained his BSc and PhD in mathematics. Between 1936 and 1945 Penney returned to Imperial as Assistant Professor of Mathematics. He also worked for the Admiralty, studying underwater blast waves and assisting with the design of the mulberry harbours used during the Normandy landings in 1944.

Released from Imperial, Penney worked on the development of the combined Allied and British atomic
bombs. He continued to work in the nuclear industry after the war and became a board member of the newly formed United Kingdom Atomic Energy Authority, then its Chairman from 1964–67.

Penney became Rector of Imperial in 1967. Although he was an able and successful leader, he felt his was a difficult time for university administration. He did not leave any personal papers, deciding to burn his collection shortly before he died.

The Department of Computing’s William Penney Laboratories opened on the South Kensington Campus in 1988.

An Interview with Lord Penney

In conversation with Lord Penney at Imperial College London in November 1971.