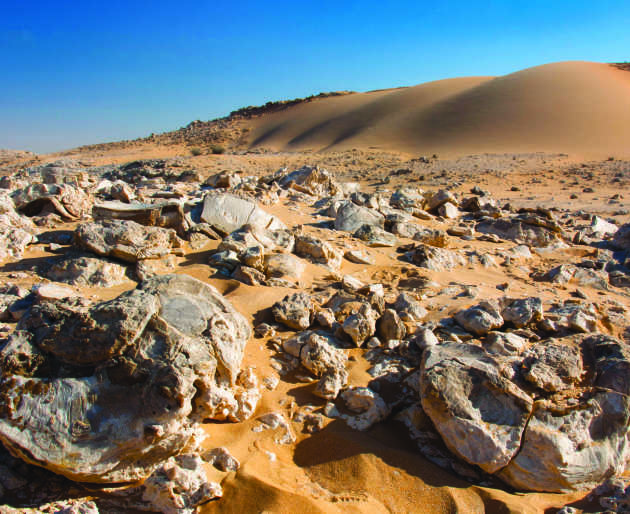 I'm a Geologist. I'm intersted in rocks, so I tend to go where the rocks are.

I go on about 10 trips a year, often to the Middle East as a large part of my activity is on Middle Eastern rocks that act as reservoirs for oil and gas.

We’re trying to understand how carbonate rocks, like those that store oil and gas, were formed, so that we can predict their characteristics under the surface. These rocks are deep underground in Qatar, but in Oman they’re at the surface where we can see them. They have tiny spaces inside, like a sponge, which can hold oil or gas. If you inject liquid carbon dioxide into them, that can also be trapped under the surface. We go to field locations, we measure things, we collect rock samples,  we bring those samples back to London and we look at them in thin sections under a microscope. The composition of the rocks tells us something about their history.

" The food when we’re camping is fantastic. We tend to put on weight rather than lose it while we’re away."

The only thing that’s gone wrong was when we used to work in a wildlife reserve for oryxes — Middle Eastern antelopes.  We had permission to work there but the government of Oman decided to close the reserve while one of my students was there, so she had to stay with the logistics team. Luckily we were able to find a different region to focus on at short notice.

Cedric and his team from the Department of Earth Science and Engineering take frequent trips to the Middle East to investigate how depleted oil and gas reservoirs in the rock could be exploited  for storing carbon dioxide underground. Their research is part of a 10-year collaboration with Qatar Petroleum and Shell.