Offshore piled foundations usually comprise thick tubular steel columns that can be over 100m long and up to several metres in diameter. They are a critical to most oil and gas platforms as well as most offshore wind turbines that generate renewable energy for the grid.

As well as being essential from an infrastructure point of view, the piles and the process of driving them represent a large proportion of total costs of renewable energy projects and can be critical to marginal oil and gas developments. The improved design methods offer potentially significant material cost savings, offer better platform safety and can help to avoid very expensive installation failures.

Research into offshore pile foundations at Imperial College London has been led by Professor Jardine at the Department of Civil and Environmental Engineering since the early 1990s.

The team in the Department conducted extensive laboratory tests and field studies in clays and sands to identify the key mechanisms that control the stress system set up by pile driving. Their work challenged several previously held assumptions about parameters such as their load carrying capacity, cyclic response, non-linear stiffness and ageing behaviour.

Ultimately it led to a new design paradigm, dubbed the Imperial College Pile (ICP) approach, which underwent full scale tests and supporting studies funded by EU and Health and Safety Executive (HSE) with industrial application demonstrated in collaboration with Shell UK and other leading design, engineering and project management companies.

The ICP sand method is now included in American Petroleum Industry (API-2011) standard and ISO design guidance. It, along with the clay method, has been used by Shell as their main design method for all new platforms since 1996. The ICP research was critical to BP’s development of the large, exceptionally difficult, Atlantic Frontier Clair field. The ICP method was also used in the largest offshore wind turbine development to date in Germany – the £1 billion Euro Borkum-West-II project where 120 large piles were driven in hard conditions without installation failure.

Current research focusses on piling in difficult chalk seabed conditions and studies into the lateral loading of windturbine monopiles. Applications continue across a broad spread of offshore energy projects.

There are also far larger (but more difficult to estimate) cost benefits arising from the ability to safely and reliably develop more challenging offshore platforms worldwide, allowing for the exploitation of marginal resources, including highly challenging deepwater settings. 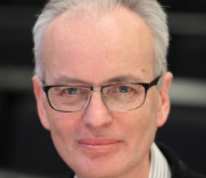