Tailoring treatments for each patient

The promise of personalised medicine has become a reality in recent years with the work of Professor Christofer Toumazou and team at Imperial College London and their rapid digital diagnostic technologies.

Following the completion of the Human Genome Project in 2003 it was hoped that healthcare would soon be transformed ‒ with treatments tailored to each patient’s condition based on their underlying genetic code. While the sequencing technology used by the HGP has improved, becoming cheaper and quicker, it has still not managed to find its way into routine clinical practice.

Work at Imperial College London by the biomedical electronics team led by Professor Christofer Toumazou, has now made that jump. The team has developed a suite of diagnostic technologies based on ultra-low-power, low cost, compact electronics.

The sequencing technology of the sort used by the HGP is based on tagging DNA with florescent chemical probes then detecting that signal with lasers and optics and finally converting it to a digital code for read-out.

The Imperial technology however uses an all-electrical approach to directly translate the DNA code into digital information on a semiconductor chip. It does this by detecting protons released when there is a sequence ‘match’ during DNA synthesis.

Based on this revolutionary technology Professor Toumazou founded DNA Electronics (DNAe) as a spin-out from Imperial College London in 2003 to deliver point-of-care products to quickly recognize diseases and identify adverse drug reactions.

The first point-of-care application is in the management of bloodstream infections and sepsis ‒ a major worldwide killer. In the US alone there are 750,000 incidents a year, with a fatality rate of between 30% and 50%. At around $20 billion a year, it is also the disease with the single highest treatment cost in US hospitals.

When sepsis is suspected, clinicians need to know the type of infection before administering the appropriate type of antibiotics. However, this usually requires remote laboratory analysis which can take days to complete, by which time, the patient’s condition can become much worse. DNAe’s Genalysis® test sequences the genetic code of the bacteria and can return an identification in around 2-3 hours telling the clinical the best antibiotic course to use.

DNAe now employs over 45 full time staff in the UK, brought in revenue of in excess of £25 million through their licensing and collaboration activity, and has won six industrial awards (see box).

DNAe’s sequencing technology is licensed to Life Technologies which employs it in its Personal Genome Machine (PGM). Launched in 2011 the PGM has generated more than $100 million in sales revenue worldwide. Notably, the PGM was used to rapidly sequence E. Coli strains during the German E. Coli outbreak of 2011, which killed 26 people died and affected a further 2,700.

The Imperial group has now founded a second start-up, Toumaz ‒aimingto exploit its ultra-low power electronics for wireless physiological monitoring. Toumaz has developed SensiumVitals®, a disposable ‘digital plaster’ designed to monitor the vital signs of hospital patients (including heart-rate, respiration and axillary temperature) then wirelessly communicates these data to doctors and nurses via text message.

Toumaz is now an AIM-listed company employing 180 people in five countries (of which approximately half are in the UK), with 2012 year-end assets of £51.9 million, and revenue (pro-forma) of £22.3 million. 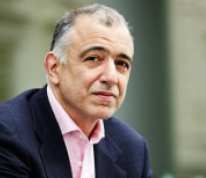