Drivers are aware that grit or gravel on the road can damage the underside of their car.  Pilots face similar dangers when landing at an unknown airstrip. The risk of damage to military aircraft from runway debris is especially high, so aircraft designers have to build protective structures on the underbelly of the aircraft.  Before work began in the aeronautics department at Imperial there was no reliable way of predicting the trajectory of stones thrown up by the aircraft wheels.

During active service in Afghanistan the Hercules transport aircraft used by the Royal Air Force suffered considerable damage from runway debris. The associated costs for repair, maintenance, and downtime was 1 millionGBP for each aircraft.

According to Imperial researcher Dr Emile Greenhalgh the nose wheel is the main culprit for scattering stones over the aircraft. Unlike cars, aircraft are not usually equipped with ‘mudguards’ because if they get damaged during landing or takeoff then the pilot won’t be able to close the landing gear.

For decades, aircraft designers assumed a maximim impact threat (50 Joules, equal to a 20g stone moving at 70 m/s) and then built the lower fuselage from hardened materials that could withstand such impacts. This empirical approach added considerably to the cost and weight of aircraft, without necessarily preventing the worst damage.

To avoid the problems suffered by Hercules, designers of the new Airbus A400M military transport aircraft approached Emile Greenhalgh for advice. By 2011 Greenhalgh, Nguyen and Graham had developed a model for predicting impact hotspots on aircraft. Although the question seems trivial, the actual physics is complex, says Greenhalgh.

Models have to capture the simultaneous contact between a hard stone, a soft tyre and a bumpy runway. And then calculate how the spinning stones interact with complex aerodynamic flows beneath the fuselage.

The Imperial team found that scattered stones had a curved, rather than linear, trajectory and could skim over surface of the fuselage at oblique angles, causing damage at multiple sites. When model predictions were compared with actual damage to Hercules aircraft they matched the observations very well.

Airbus used the Imperial model to predict hotspots on the A400M, and to help design a deflector plate for the nose wheel to protect the lower fuselage from stone damage. Test landings with prototype aircraft on debris strewn runways have confirmed the success of this approach. Airbus hopes that the nose deflector will reduce operational costs of the aircraft.

With 174 orders from international customers already in place, the potential savings are considerable.‌ 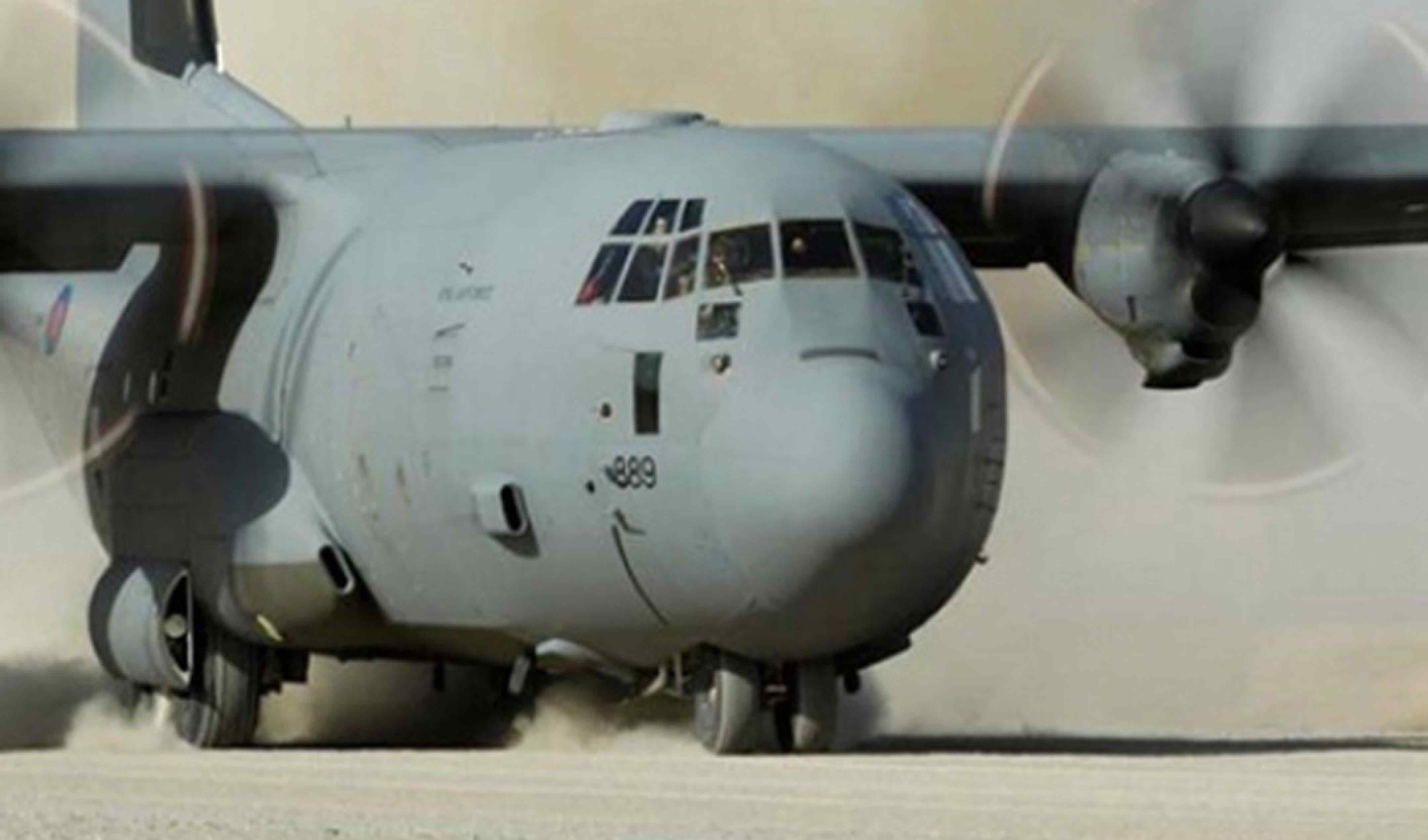