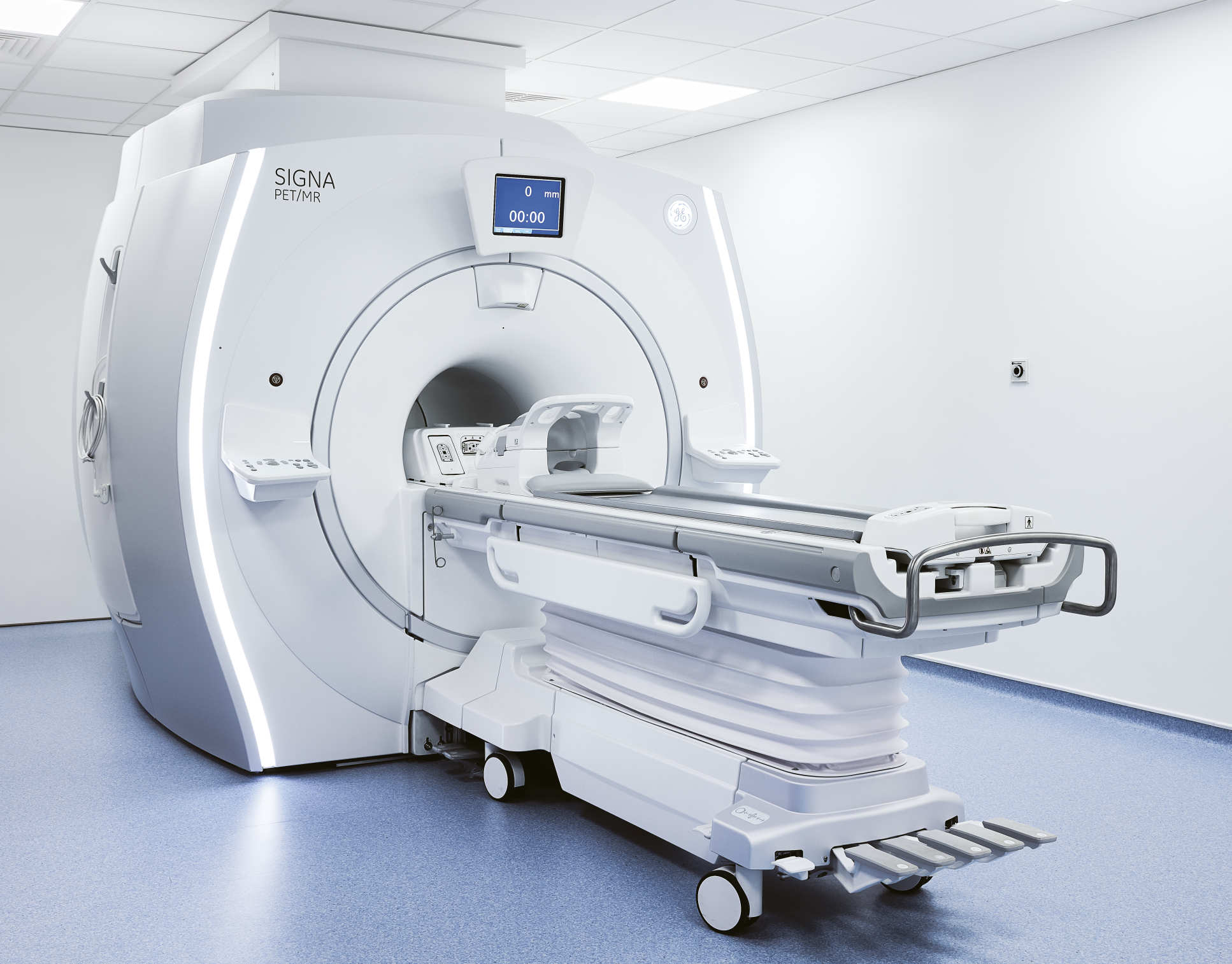 This £3m MRI-PET scanner is one of just five in the UK and forms part of the Medical Research Council (MRC) Dementias Platform UK (DPUK). It is the first scanner to bring together two main imaging approaches – magnetic resonance imaging (MRI) and positron emission topography (PET). While MRI takes detailed images of the body’s interior, PET allows clinicians to look at specific molecules within the body, such as chemicals in the brain.

Information from the scanner is digitised and reconstructed into an image that we can interpret, which is presented on the screen.

The outer part hides a superconducting magnet with the strength of about 50,000 times the Earth’s magnetic field. This magnet and the associated radio frequency antennas embedded within it allow the MRI image to be created.

Hidden beneath the plastic cover is a ring of detection crystals that are sensitive to very, very tiny amounts of radioactivity. The person who is being scanned will have been given an injection of a minuscule amount of radioactively labelled chemical that targets and identifies the molecule of interest for PET. The crystal picks up the signals which these then emit.

The position of the bed allows it to slide into the doughnut. Its precise position is determined by computer controls in the operator room. We know that there are certain toxic molecules - and molecular changes associated with their damage - that occur very early in the brains of people who later may develop Alzheimer’s disease or similar disorders. The scanner takes simultaneous images of the brain and body, and means we will be able to study with great sensitivity the appearance of these molecular signals and their relationship to the subsequent damage and loss of neurons.

MRI depends on detection of very small radio frequency signals that are generated by the combination of a magnetic field and the associated radio frequency pulses. They are very sensitive to interference from many kinds of electric noise – something as simple as lighting on ceilings. So the scanner room is protected from the outside world by a radio frequency cage embedded in the walls which blocks signals from entering that room. Even the glass that the operator looks through has a fine mesh of wire that blocks radio waves from moving through. Also embedded in the wall is steel shielding that blocks the very powerful magnetic field from moving outside, where it could risk damaging instruments or cause hazards to people carrying metal objects.

Even though the amount of radiation that’s used in the experiment is very tiny, the environment and operators are kept at a distance from subjects during the experiment.