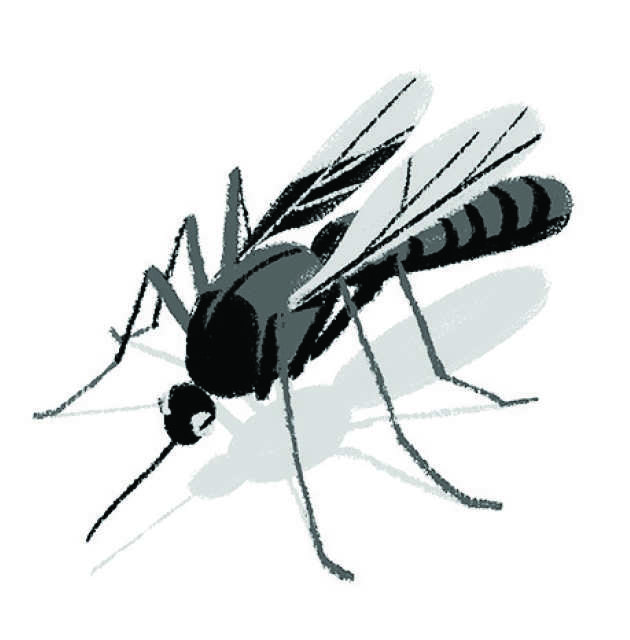 According to The Hitchhiker’s Guide to the Galaxy, 42 is the answer. But what is the question? We investigate the questions scientists are asking to solve global challenges, starting with the Zika virus.

Halting the spread of the Zika virus is one of the greatest health challenges of our time, because of the risks of microcephaly, severe brain malformation and other birth defects that are associated with the infection. A team led by Professor Gavin Screaton, Dean of Imperial College London’s Faculty of Medicine, is producing some of the most promising research into the disease – in particular, on its similarities to dengue fever.

Developing a vaccine is Professor Screaton’s answer. His question is this: could another virus explain why Zika has been so devastating – and hold the key to stopping the outbreak?

“We’ve made a whole load of human antibodies for dengue over the years, and worked out what they bind to, which of them are good and which ones are potentially harmful,” says Professor Screaton. “It just so happens that some of the very potent ones cross-react against Zika. That gives you a possible idea how you might create a new vaccine against both diseases.”

Dengue fever, which is endemic to many of the regions where the Zika outbreak began, is often more serious on a second infection. This is because there are four different strains of the dengue virus, and antibodies produced after exposure to one type may actually help a different strain attack the immune system. It’s a phenomenon known as antibody-dependent enhancement (ADE).

Professor Screaton’s team discovered that ADE may also make people who have been exposed to dengue fever more susceptible to Zika. This could be one of the factors behind its explosive spread. However, the researchers also discovered that one group of antibodies that work against dengue, known as EDE1, may also prevent the Zika virus from entering the body’s immune cells. These are now the focus of further research at Imperial. “We’re trying to design vaccines that protect against dengue and Zika,” says Professor Screaton. “We’ve just got some funding from the Wellcome Trust to do that.”

The researchers are employing a method known as reverse vaccinology. According to Professor Screaton: “It’s a new approach for dengue and Zika, though it has been tried in other diseases – principally HIV and RSV [Respiratory Syncytial Virus]. It doesn’t involve making the whole viruses, just the proteins that are involved. You work out what protects, and then design a vaccine that will induce that response.”

However, Professor Screaton urges caution, pointing out that the work is at an early stage. He says: “In terms of having a viable product, I think we’re probably talking four or five years. We should bear in mind that 50 years have been spent trying to make a dengue vaccine, and we still don’t have a good one.”