Imperial’s own award-winning a cappella singing group took on the best – and won. 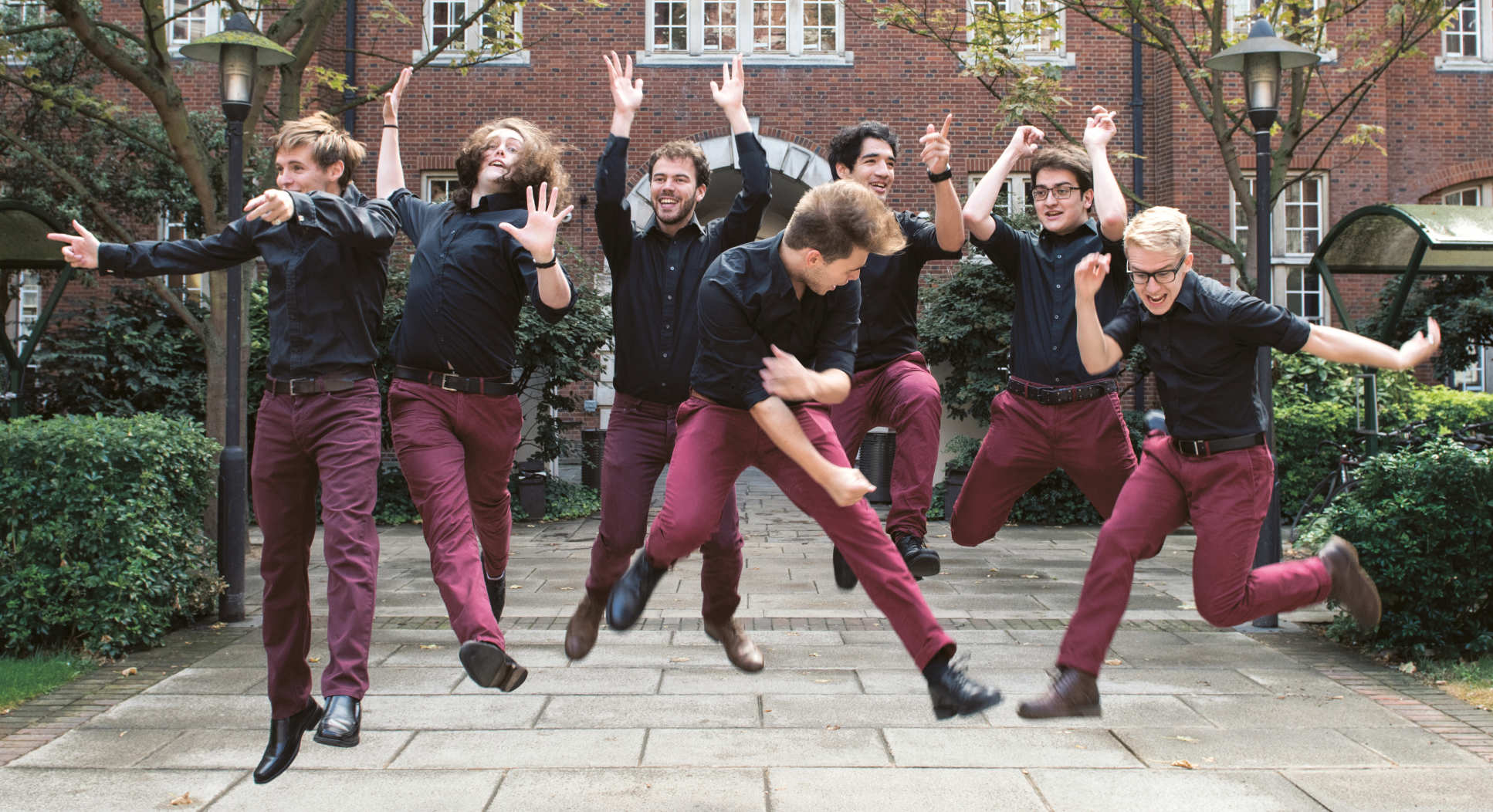 Forget American football. Forget cheerleading. For really cut-throat stateside competition you need to attend a collegiate a cappella group-singing competition. And now, Imperial’s very own a cappella group – The Techtonics – has beaten the Americans at their own game.

In April, the 13-strong band of singers travelled to New York to compete at the final of the International Championship for Collegiate A Cappella (ICCA). Beating 340 other groups to bring home the two-foot-tall trophy, it was the first ever non-US team to win.

But while they may have made it look easy on stage, there were still some backstage hitches, as outgoing President Arran Bayliss- Chalmers, tenor and geology student recalls. “Our bass, baritone and beatboxer got stuck in the lift moments before we went on stage. Had they not managed to sound the alarm it would have all been over before we’d sung a note!”

Our bass, baritone and beatboxer got stuck in the lift before we went on stage"

And now, after a stint at Edinburgh’s Fringe, the group is back to its usual routine, welcoming visitors to many major College events (including the Alumni Weekend in 2016), and performing every Saturday at Portobello market – though these days they draw rather bigger audiences. “The police have had to move us on a couple of times – the audience block the road!” says new President Edric Ramirez-Valdez, a biology student in his final year.

The Techtonics has been in existence since 2008 and each year the group recruits new singers as senior members graduate. All-comers are welcome: Ramirez-Valdez went to his first audition in Freshers’ Week as a beatboxer but ended up singing tenor – despite not having any singing background.

This year’s musical director, Arun O’Sullivan, has plans to take the group back to its roots during his year in charge. “We were founded on electronic music, hence the name, but recently we have drifted towards more popular music”, he says, noting that the team also sang Sam Smith’s Lay Me Down at the ICCA. “I want to include more dance and trance. It’s all in the vowel sounds.”