Professor Sian Harding is leading a project that will help to ensure the College’s extensive art collection reflects its diversity. 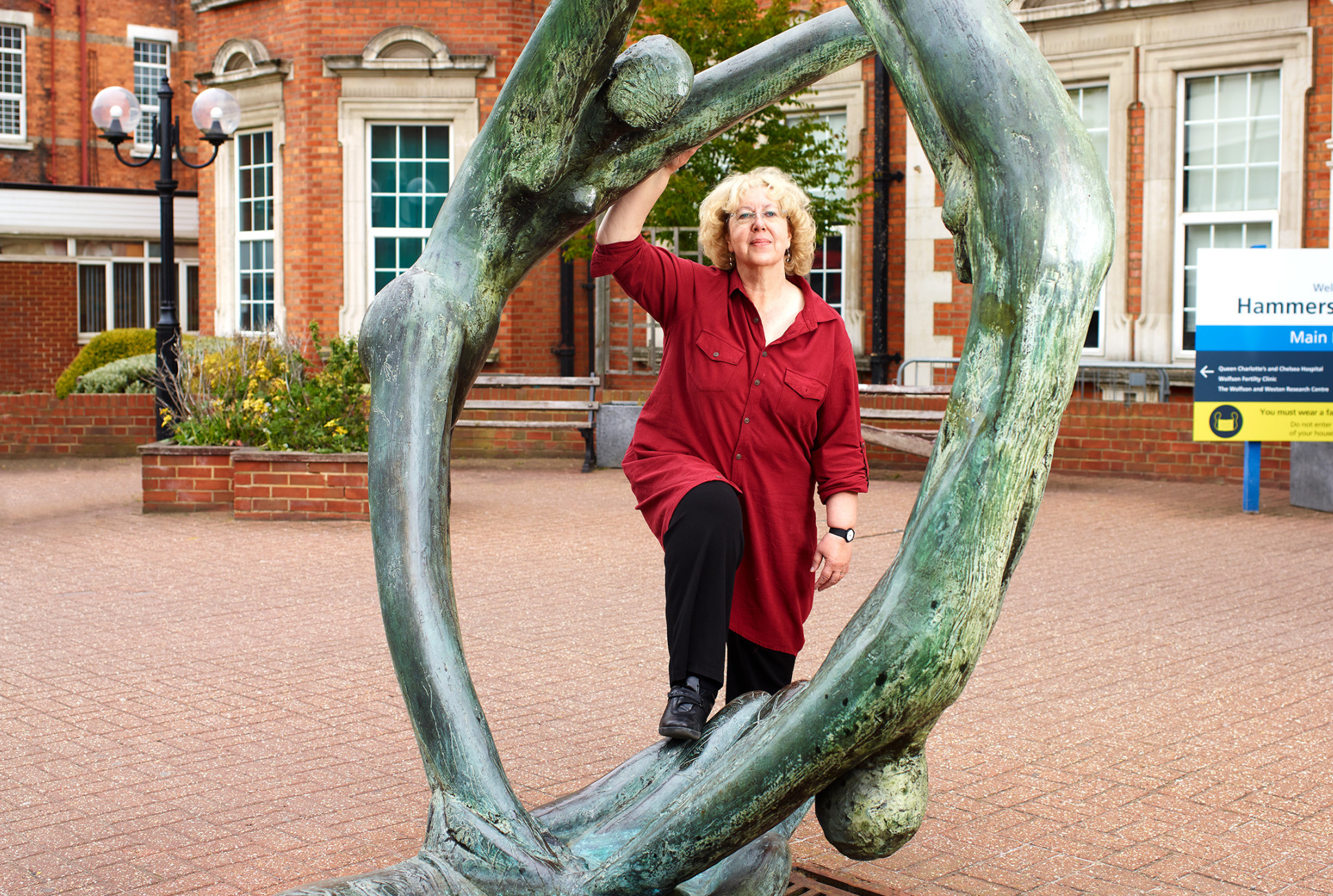 With a central glass chandelier and heavy, draped curtains framing Victorian paned windows, the Council Room at 170 Queen’s Gate is a magnificent setting for a meeting. Those lucky enough to visit often will see a series of portraits that adorn the walls – those of the past Presidents and Rectors of Imperial, dating all the way back to 1845. But Professor Sian Harding is keen to expand Imperial’s artistic horizons to also include what’s current and relevant now.

“Today everyone should be able to see themselves reflected in the art on our walls and in our public spaces,” she says.

Harding chairs the recently established Imperial Artworks Group, commissioned by the President and Provost to consider how, through its art, the College can better reflect Imperial’s diverse community.

“Our aim is to revive and reinvigorate our artistic spaces, reflecting the community both as it is now and also how we would like it to be, especially from the point of view of racial diversity.”

Now Professor of Cardiac Pharmacology, Harding grew up in a creative household. “The Provost, Ian Walmsley, knew I was especially interested in the bridge between art and science. When he asked me to take on this new challenge, I couldn’t have been more excited.”

A longtime supporter of the Chisenhale Gallery in London’s East End, as well as Imperial’s own Blyth Gallery, Harding is keen to introduce a breadth of artistic media. “I would love to see plasma screens lighting up some of our dreary, dark corridors. We have a huge and growing photographic asset library, but could do more to make use of these images in displays that better represent our diverse community.”

With this in mind, Harding is working on an audit with archivist Ann Barrett to work out how best to highlight these diverse images and find other figures from Imperial’s past who could be celebrated through College art. “There are some obvious examples. Take one of our Nobel Prize winners in Physics, Abdus Salam, whom the BBC recently described as ‘the Muslim science genius forgotten by history’. He has not been forgotten at Imperial, but I’d like to see more made of him.”

The Artworks Group is working alongside the Imperial History Dialogue, which is tasked with examining the College’s legacy with a focus on colonialism and Empire, but Harding is just as focused on creating a space for new works of art.

“Together with the Royal College of Art, we are planning a competition, Portraiture (in the wider sense), that will have a particular focus on works that depict members of Imperial’s Black, Asian and Minority Ethnic (BAME) community by artists that identify as BAME. And we hope to attract sponsors for individual portraits among the staff, students and alumni that will reflect our diverse community.”

The project’s focus is not just about whose portrait hangs where. “There are incredible images from the Constructionarium, our radical design course which allows students to manage and build real engineering projects. I’d like to see images on our walls that reflect more of daily life at the College.”

The group wants to create a space where everyone can feel at home, and that starts with engagement. “For the refurbishment of the Reynolds Building at the Charing Cross Campus, for example, a student focus group was set up to think about how the new space could be decorated,” says Harding. They came up with a series of shields from the different medical schools. The results were wonderful, if a bit gory – there were plenty of organs on display!

“We have so much material to choose from, so many ongoing projects to include and so many spaces to fill, including the blank canvas of the new sites. We will be presenting a smörgåsbord of concepts and approaches. And that is just as it should be, as we set out to reflect the truly diverse nature of our community through art. The work is already there – but we must make sure it is put more prominently on display.”

Read more about the work of Imperial Artworks Group