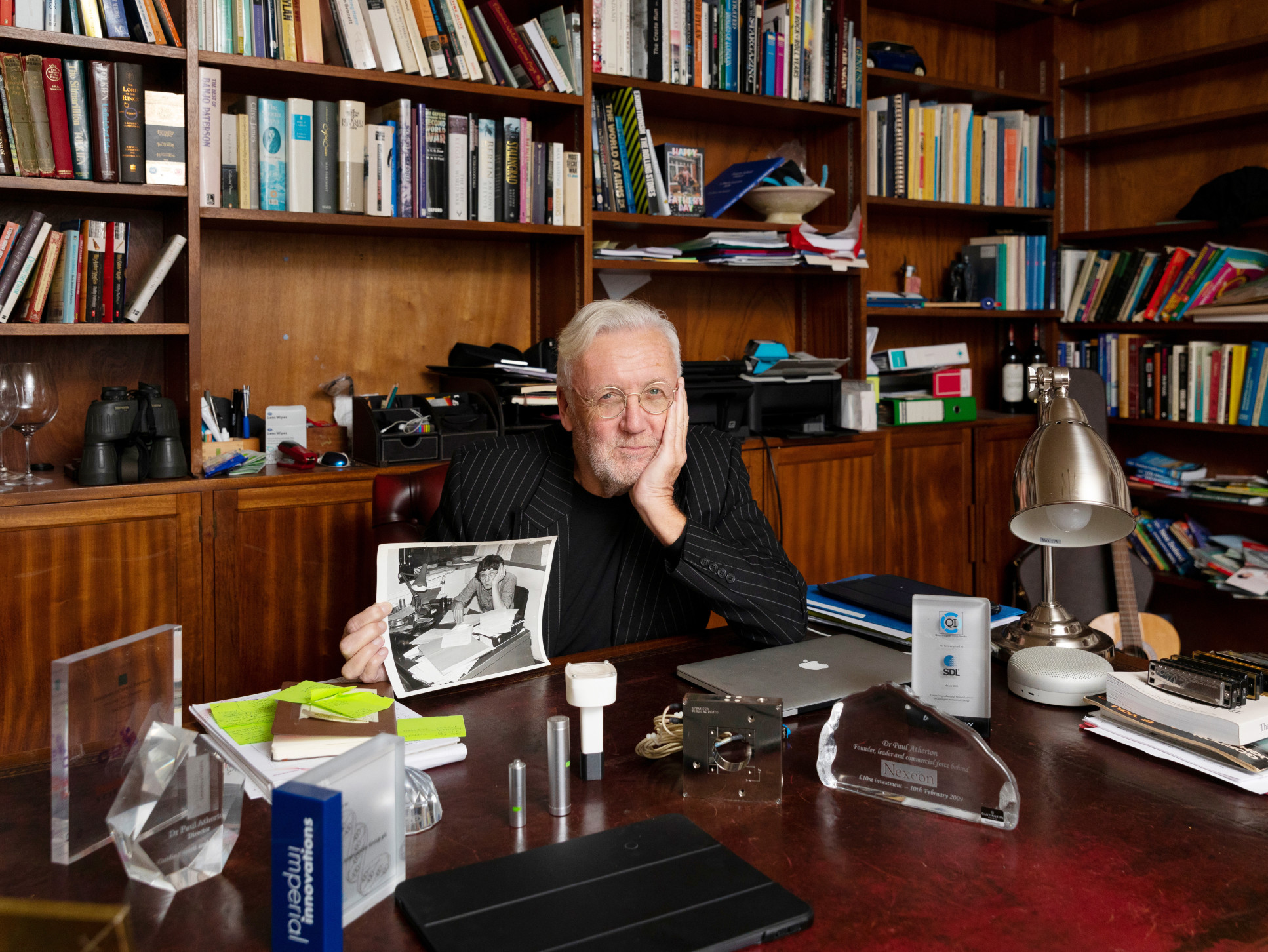 Every few years, someone creates a product that sparks my interest as an investor. The latest one is an app called MyDelica. I’m one of the founders but I can’t take credit for the idea. It comes from Dr Robin Carhart-Harris’s research in the Department of Brain Sciences, and advises on the safest practices for using psychedelic drugs like mushrooms, without promoting their use.

A lot of people are now micro-dosing psychedelics because it can have a beneficial effect on mental health and they’re following marijuana in becoming legal in a number of places. The app is just beginning its journey and I’d say it’s going to be an interesting one.

I’m very proud of what we’ve achieved in the past three years: we have 75 entrepreneur mentors on board and they’re astonishingly good. The bar is deliberately set very high because Imperial is a world-class institution.

The people who come to us are students or academics in the very early stages of setting up their companies, working out what to sell, who to sell it to and how to price it. I think I’m in a good position to guide people through that process because I’ve been an academic, completed an MBA at London Business School and spent 20 years running a business.

People said: “You were very clever to anticipate all of this,” but the truth is, we were very patient."

I co-founded Queensgate Instruments in 1978 with Jim Ring, Ken Reay (PhD Physics 1989), Tom Hicks (Physics 1970, PhD 1973) and Martyn Wells (PhD Physics 1977). We were PhD students when we came up with the technology to make optical interferometers for large telescopes, vastly improving their resolution. Imperial is unique in that it encourages students to get involved with industry and has built an entrepreneurial ecosystem that is second to none. One day we looked at each other and asked: “Why are we doing this for free? We should form a company.”

We had no idea how successful it would be. I turned down a professorship in the US after Queensgate got a contract from NASA to use our technology on the Space Shuttle, because I really wanted to be involved in that. We then designed and built some new products, moving away from space to become an optical fibre company.

We didn’t know it at the time, but the tuneable optical filter we made would go on to become a key component of the optical internet. We thought that it would be useful, but we didn’t know what for, and for 14 years we agonised about spending money on it. Then along came this huge wave of interest in telecommunications, which led to an offer to sell the business that we couldn’t turn down. People said: “You were very clever to anticipate all of this,” but the truth is, we were very patient.

Now, a lot of people knock on my door looking for business support, but I don’t invest in many companies because I like to have a significant role, and I know that each one might be a ten- or 15-year journey. This is not a ‘get-rich-quick’ game. You can fail quickly, but success takes time.

Dr Paul Atherton is the joint winner of Imperial’s Alumni Entrepreneur Award for 2021.