Hot food and a chat: how one student society's simple actions are making an impact.

It’s 5.30pm on Sunday, and there’s an orderly queue of around 170 homeless people snaking through London’s Lincoln’s Inn Fields. Imperial’s Soup Run Society is delivering much-needed food – and conversation – and there’s no shortage of takers, many who come each week.

“There’s one wonderful guy who has a posh accent, wears a high-vis jacket over a dishevelled suit and tie, and is a ray of sunshine,” says co-ordinator Alec Raines (Medicine, fourth year). “He holds up the line because he always wants to talk to everybody. He loves music and always has a miscellaneous fact about absolutely everything up his sleeve.

“Or there’s the woman who shares her meal with her adorable dog, who does tricks. Almost all the interactions are lovely, like the time I spilled hot chocolate down my shirt and a man gave me his packet of wipes, and when I tried to give it back, he’d gone.”

The society, which has between 100 and 200 members at any one time, began life gathering leftover sandwiches from food chains and doing its own soup run. But, more recently, the student team has teamed up with Children of Adam, an established local charity, whose volunteers source fresh hot meals each week that Imperial students help serve.

“People don’t come and talk to you at first,” says Raines, “but after you’ve been there a few months they recognise you, and they’ll come over and say hello. Some know I’m studying medicine now and will ask how that’s going. We’ll have a chat about the weather or about Brexit. Some will tell you you’re the first person they’ve spoken to all day. They chat to each other too, and share information.” 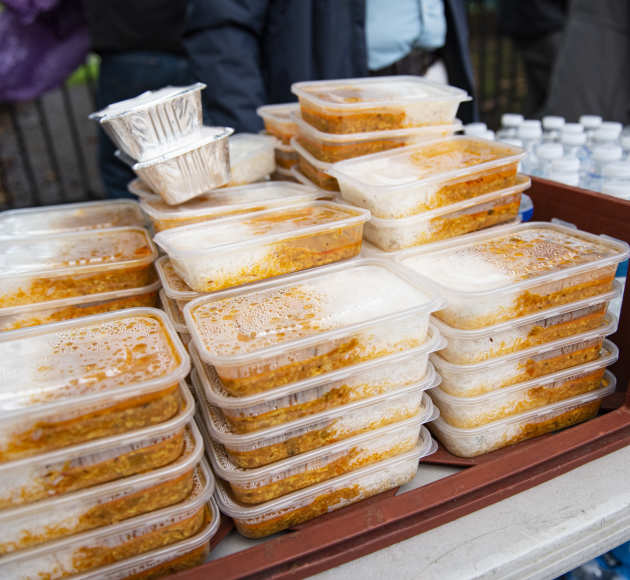 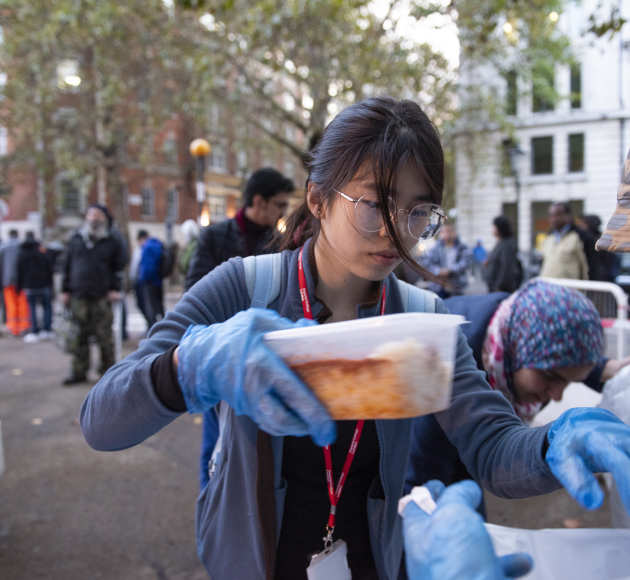 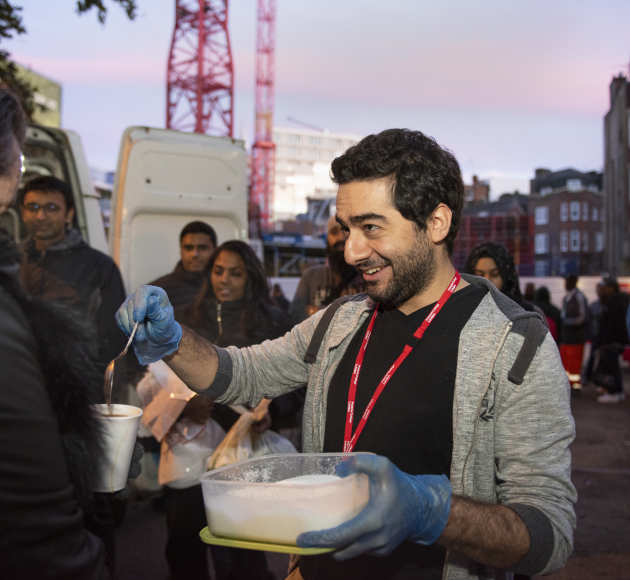 The queue is mostly made up of men, but all ages and ethnicities are represented. Some people need a bed for the night, others just can’t afford a meal. “Homeless people can come from ‘normal’ backgrounds,” says Raines, “but maybe they lost their job, or perhaps their family doesn’t talk to them any more. One guy I spoke to had been in the medical profession, like me. Others come from backgrounds of abuse and addiction. It’s easy to think that people are homeless through their own fault, but I have never found that to be the case.

“I first went along on the offchance after Freshers’ Week, and I’m so glad I did. It’s changed my perspective. I feel like the luckiest person alive – to have my family and friends and the life I have. You feel weird and uncomfortable at first; it’s tough being around people who aren’t doing well, but that’s how it feels to burst out of your bubble. Doing medicine, my whole job will revolve around being able to speak to people from different backgrounds. Working with homeless people has helped build my compassion and empathy, as well as my communication skills. I did Soup Run because I wanted to help people – but it’s helped me a lot too.”