Riding a small lift to one of the surgical wards at St Mary’s Hospital in London, I felt a bit like Alice falling down the rabbit hole – I wasn’t entirely sure what I was going to find when the doors opened.

Surgical pioneer Professor the Lord Darzi of Imperial’s Faculty of Medicine had graciously agreed to be photographed operating in theatre. But I hadn’t been told what procedure he would be performing, so I was more than a little curious.

"I swallowed a dessert spoon"

When the lift doors parted, I met the patient, a man in his 30s, looking remarkably cheerful on the trolley. After introducing myself and the photographer, I explained that we were there to document the surgery for the College’s photo library, and asked if he had any objections.

Once consent forms had been signed, we had some time to spare and began to chat. It was then that I enquired what sort of surgery the man was having. “Gastro-intestinal surgery” was his reply.

Politely asking the reason for the surgery, I was caught off guard by his response.

“I swallowed a dessert spoon.”

“Excuse me? Did you say a dessert spoon?”

“Well yes. Rather, I swallowed two dessert spoons about ten years ago during my final week at university – after a bit of drinking to celebrate the end of my degree. One came out, and one never did. I decided it was probably time to get the other one out.” 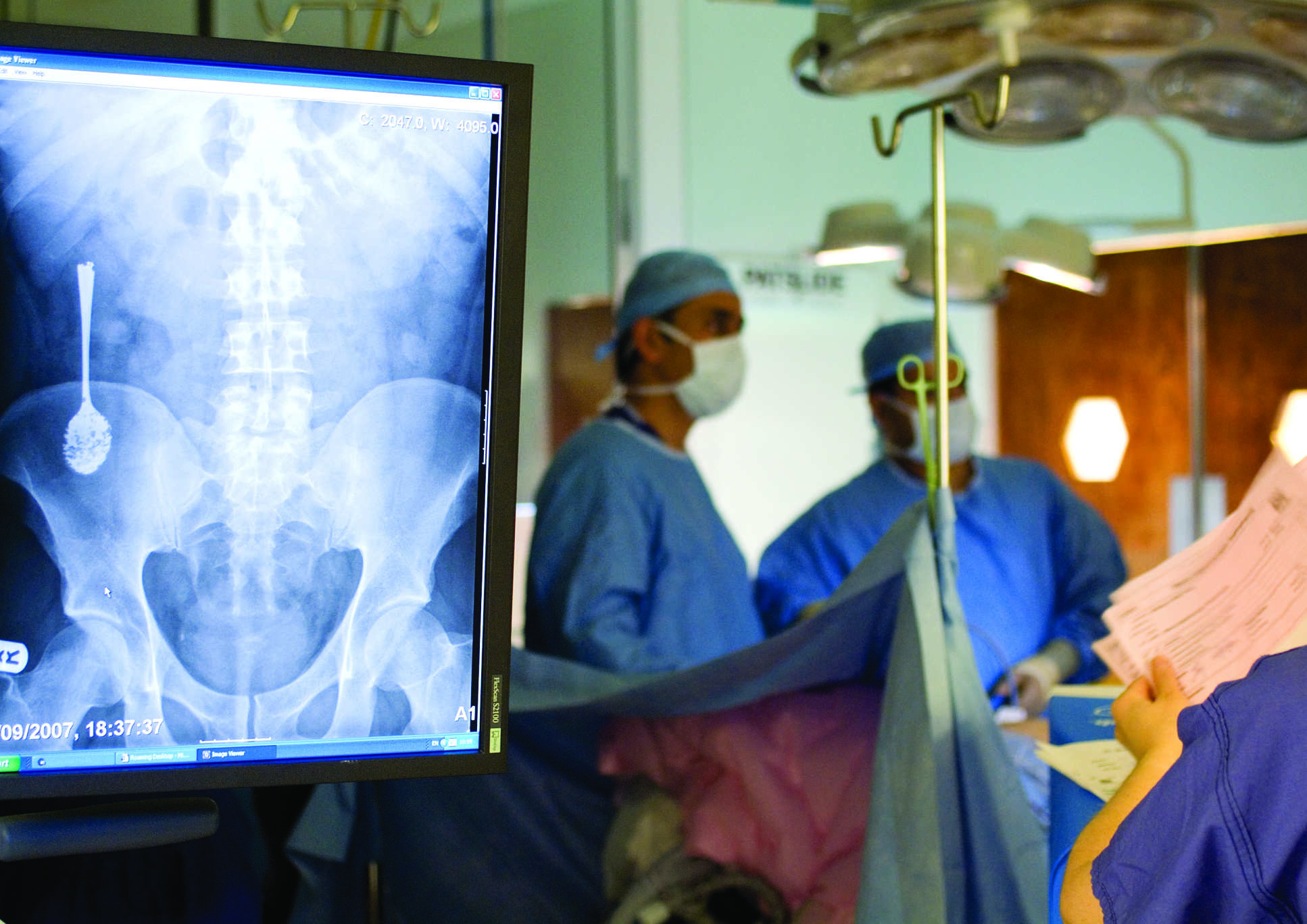