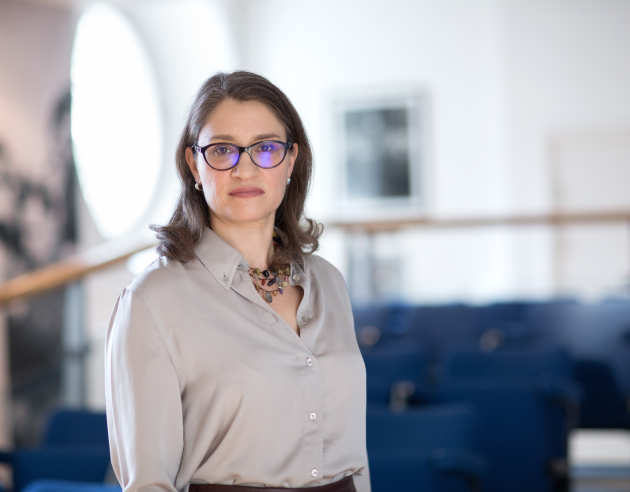 The first time we heard exactly what the COVID-19 pandemic would mean for our society was a truly chilling moment. It was in a video filmed in late January, originally intended to show what the Abdul Latif Jameel Institute for Disease and Emergency Analytics (J-IDEA) was working on. But within a couple of days of being posted, the interview went viral.

In sharing the video, we showed that science matters – that knowledge can be a comfort for people. Amid all the confusion that was swirling around events in China at the time, here was a moment of clarity about what was coming. We could show that the virus was predictable in some ways – that it follows rules of mathematics and statistics. And if we understand these, we can forecast to a degree what will happen and put measures in place, instead of reacting as if a dark cloud is coming towards us.

We knew there would be a real and urgent need to show how science works, and that we could show the progression of the outbreak – and give people a real insight into the science – through a new, online course. Together with Professor Helen Ward, Oliver Geffen Obregon and a fantastic team from the Digital Learning Hub, we launched the free course, Science Matters: Let’s Talk About COVID-19, on the online platform Coursera, featuring experts from Imperial who are analysing the disease.

We wanted to be authentic, to show the uncertainty, the trial and error as science develops – and then embrace it, learn and improve continuously. So, while in hindsight some of the videos on the course may have had the wrong emphasis or lacked precision, they were based on the best evidence at the time. Now we have further built the course and shown how we reached certain conclusions, how reality differed and where science provided good insight.

The course includes Situation Reports where researchers provided regular updates on the COVID-19 response. One module looks at how to model transmission dynamics, and another examines how to help healthcare prepare for a surge in demand. Another shows how important it is to communicate with and involve the community, both in person and on social media. We also look at the spread of misleading information, the ‘infodemic’.

We wanted to be authentic, to show the uncertainty, the trial and error as it happened, and then embrace it"

Participants include interested clinicians and policy makers, and people with an academic background. Rather than a practical course, it looks at the hurdles of dealing with a pandemic. It has a real documentary aspect – going beyond a fixed textbook. More than 100,000 people have signed up – it is Imperial’s most successful course ever in terms of enrolment.

On the Coursera platform, it was the most popular course launched since our relaunch in March, and adds to a growing library of open content from the School of Public Health on Coursera’s learning platform. The School has launched a number of open specialisations that form part of Imperial’s first fully online public health degree – the Global Master of Public Health – which is also available via Coursera.

I think scientists have a duty to be impartial and inform debate as much as we can. There’s a lot of information out there. We are providing estimates and forecasts of something that has never really happened before. The future is uncertain and we need to always communicate the uncertainty around our estimates. In 1918, people wouldn’t have known what had hit them when the Spanish flu struck. But now science has helped countries make the decision to close their borders even before they’d experienced a single death.

Our insight is that we will be trying to control this epidemic until a vaccine is found. Countries differ in the control policies that they choose; science is there to provide unbiased advice. Science matters, as it helps people make decisions.

Dr Katharina Hauck is a Reader in Health Economics at the School of Public Health and the MRC Centre for Global Infectious Disease Analysis (MRC GIDA), and Deputy Director of the Jameel Institute.