Photosynthesis underpins all life on earth, but until now little was known about how it actually works. 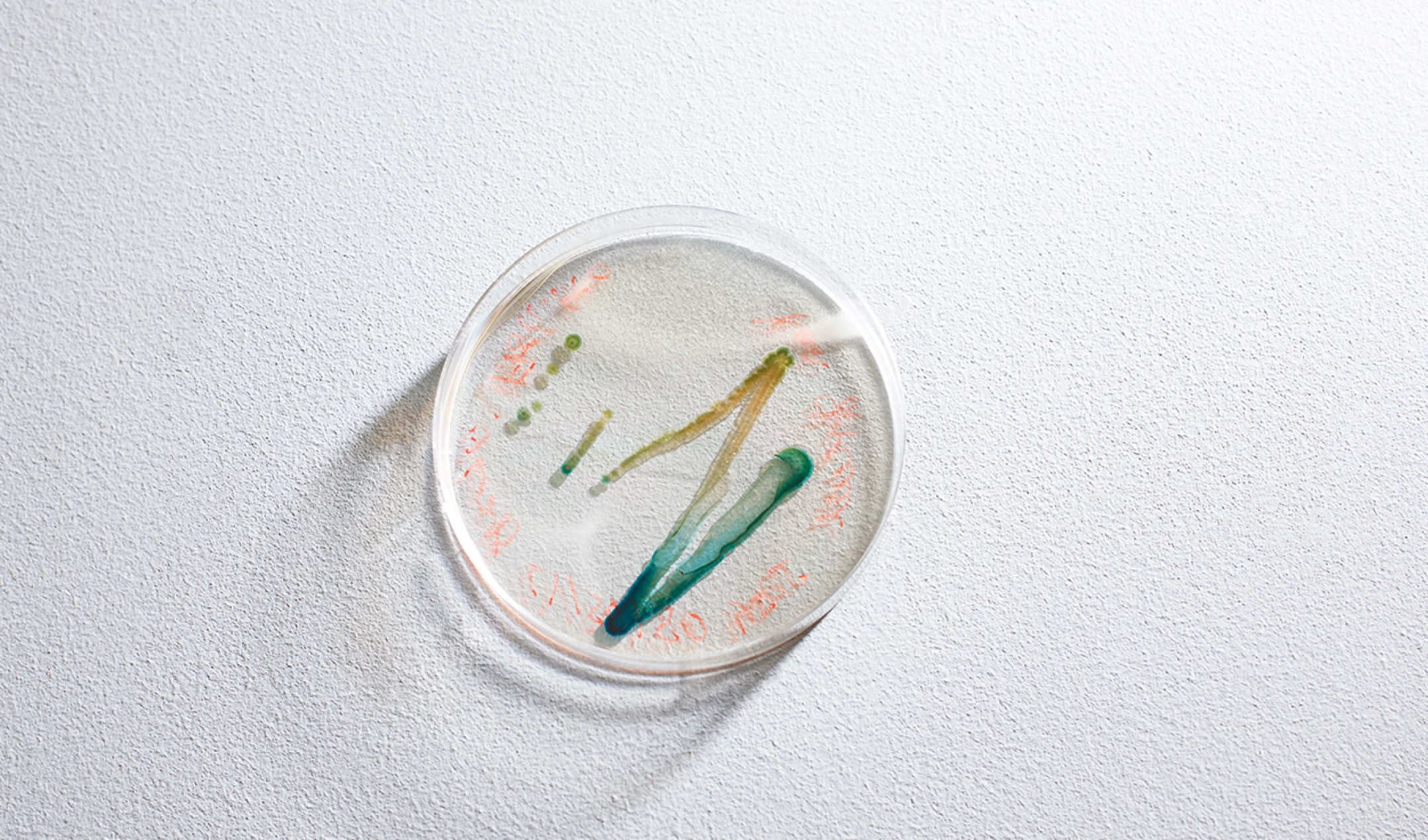 Under Professor Peter Nixon at the Department of Life Sciences, students such as Joshua Osayemi (Biochemistry 2017) are involved in world-leading research, using cyanobacteria on an agar plate to study the effects of drought and high light on photosynthesis. 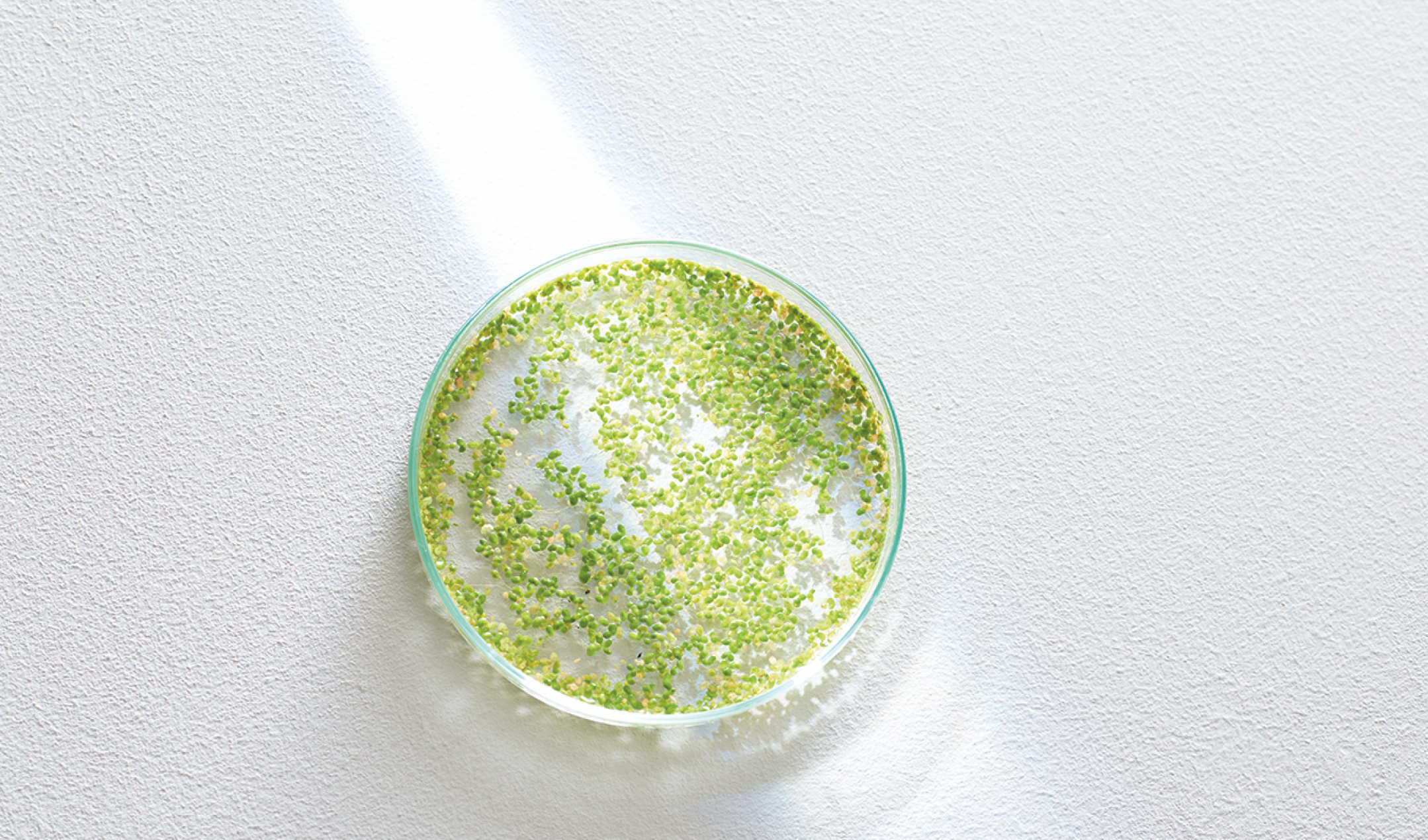 At the Department of Life Sciences, Professor Jasper van Thor fires laser light at crystals of photosystem II, purified from lab-grown algae. He is investigating the initial stage of photosynthesis – the ‘light reaction’ – which happens at astonishing speed and efficiency. 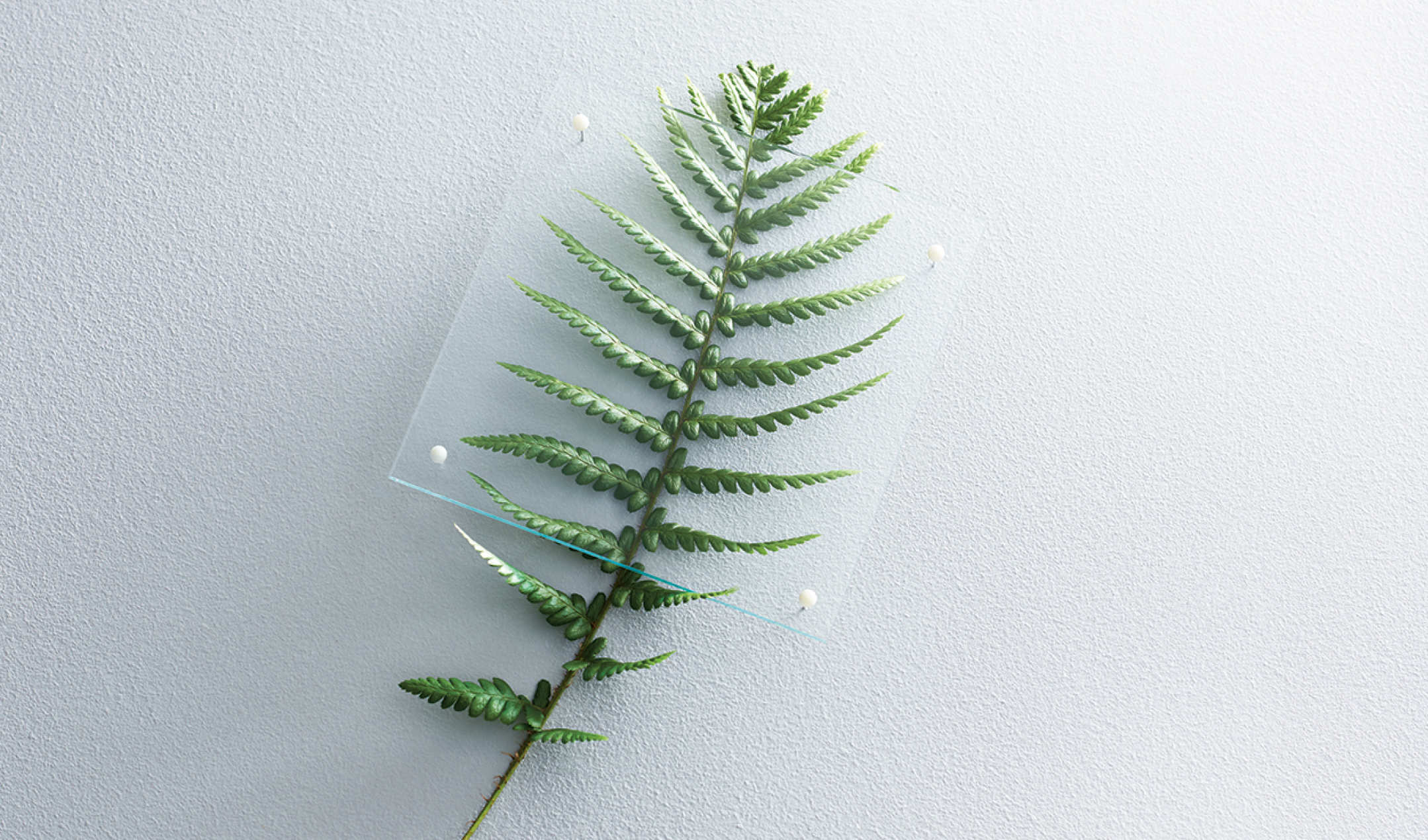 Dr Laura Barter, at the Department of chemistry, is working with synthetic chemists to make a suite of catalysts that mimic the way carbonic anhydrase works and improve crop yields. Her aim is to simplify the process of growing plants under glass and improve efficiency. 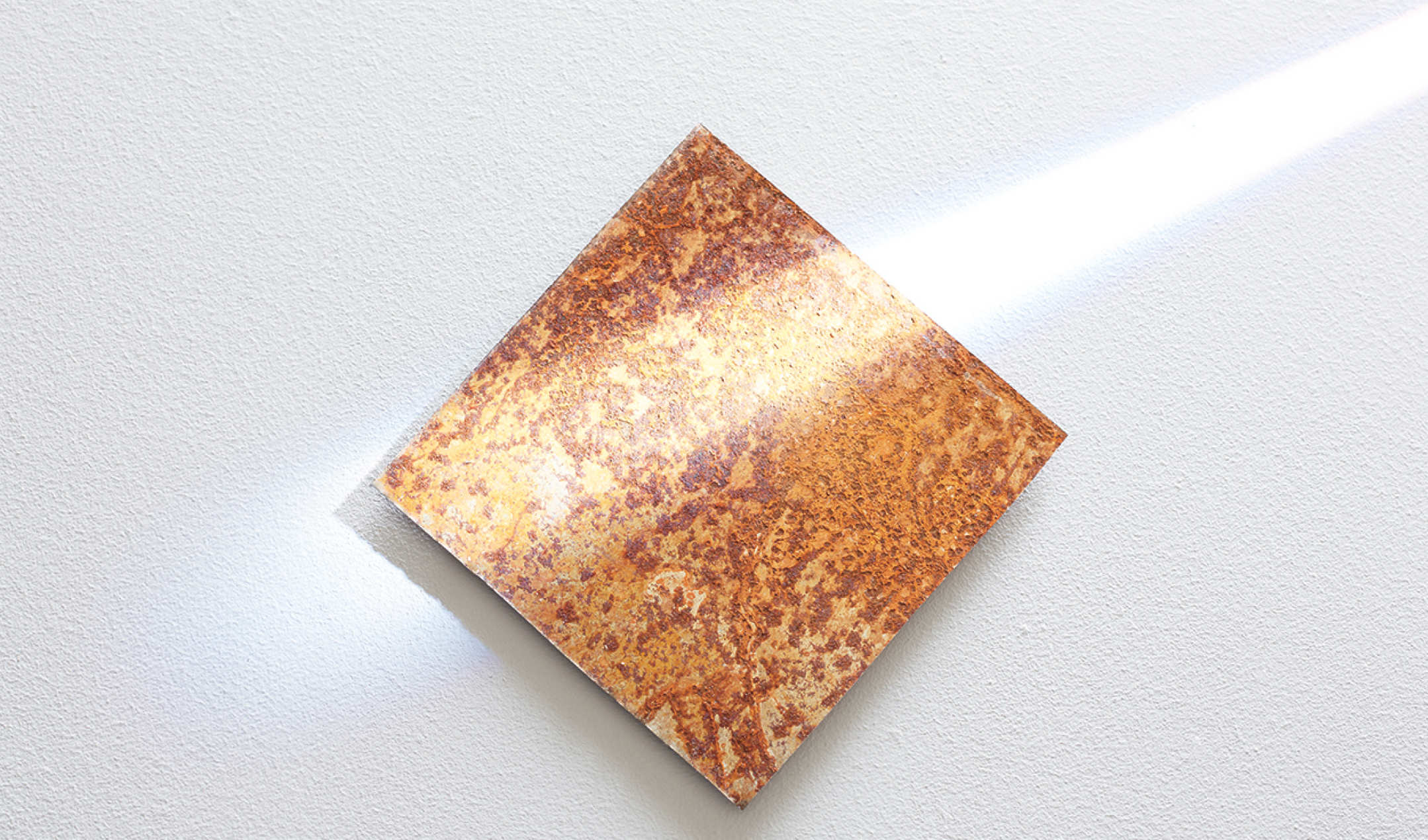 At the Department of Chemistry, Professor James Durrant is examining artificial photosynthesis, firing laser pulses at hematite (rust) to better understand the oxidisation process and, ultimately, make fuel from sunlight.

Flabbergasted. That’s how Bill Rutherford, Professor of Biochemistry of Solar Energy at Imperial, feels when he looks at all the “amazing stuff” going on in photosynthesis research. “One of the main things I find amazing, having worked my whole career on this, is that I’m floored every year by new things that come up which you’d never have predicted,” he says. Some 40 years on from his PhD, he still uses words like “fun”, “beautiful” and “joy” to describe his research.

Rutherford has spent the past four decades teasing apart photosystem II, the water-splitting enzyme that – despite its prosaic name – is key to photosynthesis and to life itself. “This enzyme changed the whole planet,” he explains. “Before photosystem II, there was no oxygen on the planet, life was unicellular. Hard UV was coming in, so life was lived under rocks and energy was in short supply.”

The evolution of photosystem II was a game changer. Able to rip water apart to harvest the energy in its electrons, it put oxygen into the atmosphere, forming the ozone layer that shielded living things from harmful UV. It also meant respiration could occur, a far more energy efficient process than anything that had gone before, allowing multicellular organisms to evolve. “This one enzyme is key to all that,” says Rutherford. “It’s the reason this planet is the way it is.”

At its heart, photosynthesis explores the way chlorophyll captures energy from the sun to turn carbon dioxide and water into glucose and oxygen. Except of course it’s more complicated than that; so complicated, in fact, that at the beginning of the 21st century  there is much about photosynthesis that we still don’t understand.

Thankfully, however, some of the finest minds are working hard to crack the code. Greater understanding of the process could help us discover and harness new sources of energy, create new types of fuel and feed our growing population. This is dynamic science that will make a very real difference.

Rutherford and other colleagues at Imperial – including Emeritus Professor James Barber and Professor So Iwata, who in 2004 obtained the first refined crystal structure of photosystem II – have been central to advancing our understanding of photosynthesis. And like Rutherford, Professor Jasper van Thor is also interested in the initial stage of photosynthesis – the so-called light reaction. “What I find fascinating is the astonishing efficiency of the light reactions – they’re at least 90 per cent efficient, that’s almost a miracle,” he says.

Until recently, however, there were two possible theoretical explanations of the very fast physics involved, but researchers lacked the experimental tools to prove which was correct. “A photosynthetic machine is hugely complex. If we strip down the core of just one of the reaction centres – photosystem II core complexes – it still has 74 different chlorophyll pigments and each is differently positioned,” van Thor explains. “It’s also really fast – we’re talking femtoseconds to nanoseconds – but we recently revealed dynamical images of the process by developing a new experimental method.

The method involves firing short pulses of laser light at crystals of photosystem II, purified from synechococcus elongatus, the blue-green algae he grows in the lab

“Using these methods we can make a movie of the reaction so that we can see what’s happening in time and space,” he says. “It’s this new ability to watch where the energy flows that bridges the gap between the static picture and first principles theory.”

For van Thor, it’s pushing the boundaries of science, rather than their immediate applications, that matter most. “That’s my first motivation. We do science that does not yet exist and by generating more detailed understanding this provides new methods. It’s fundamental science,” he says. “But looking at the fundamental physics of how energy is developing on very fast timescales could lead to applications that we can’t even imagine today.”

Elsewhere at Imperial, researchers are looking at other parts of photosynthesis to address critically important global challenges. A physical chemist who began her career using lasers to study photosynthesis, Dr Laura Barter is trying to find ways of making photosynthesis more efficient to increase crop yield. “I’m very aware how rapidly the population is expanding, and how we need to provide food, fuel and fibre for that population. Enhancing photosynthesis is one potential way of addressing that challenge,” she says.

Barter’s work focuses on the dark reaction or Calvin cycle, the part of photosynthesis that builds food in the form of sugars and where – unlike the super efficient photosystem II – there is plenty of room for improvement. “A network of enzymes makes organic carbon from carbon dioxide in the air and these reactions are strikingly inefficient,” she explains. “Typically, only one to two per cent of the sun’s energy is converted into biomass, so I got interested in where those inefficiencies lie, and one culprit is an enzyme called RuBisCO, which is really lousy.”

Part of what makes RuBisCO such a lousy enzyme is its chemical promiscuity; it reacts with both oxygen and carbon dioxide. So Barter thinks that by increasing local concentrations of carbon dioxide, RuBisCO will work better, in turn boosting crop yield. “To do that I’m guided by nature,” she says. “I’m looking at other enzymes that can help.”

Working with synthetic chemists, she’s making a suite of catalysts that mimic the way carbonic anhydrase works and looking at their impact on crop yield. She is also working with another group on the rules that govern how substances move across plant membranes, so  that once they find the best catalysts, they can deliver them to the right place in the plant.

Improving photosynthesis to boost crop yield, however, is only one possible benefit of better understanding this process. James Durrant, Professor of Photochemistry, is trying to learn from nature to develop artificial photosynthesis – chemical systems that use sunlight to make molecules that, rather than meeting plants’ energy needs, produce the alternative energy sources we urgently require.

His work addresses three key challenges: “Firstly, while we are now making progress in decarbonising electrical energy generation, we lack a scalable pathway to sustainable fuels. Secondly, our transition to more renewable electrical power generation means we need to store energy, and the most energy-dense way of doing that is in chemical bonds. We have solar cells, but when the light goes, so does the power. If we could make fuels during the day and turn them back into electricity at night, that would solve the problem. Thirdly, we’re emitting too much carbon dioxide. If we could synthesise fuels out of carbon dioxide, this would be a great way to create a market for it.”

But doing artificially what plants do naturally is, of course, hard. “The chemistry of making fuels is complicated, even producing hydrogen and oxygen from water,” Durrant explains. “So it’s really challenging chemistry and the catalysis is hard. Often if you try and oxidise or reduce water to make fuels, you end up destroying the materials you’re using.”

Plants face the same challenge, which they overcome by replacing the enzyme they use every half an hour, which is as long as it lasts before burning out. Durrant is looking to some very basic materials to try and make fuel from sunlight: rust. “The stuff we study most are things like rust, because it’s cheap, it’s stable and it’s brown – so it absorbs light,” he explains. “It can oxidise water, it just doesn’t do it very well, so we’re trying to make it better.”

And they’re generating some interesting results. “We’re learning how to do surface treatments to make it work much better, and we’re learning about the molecular

mechanisms,” says Durrant. “In some ways, rust appears to oxidise water in quite a similar way to plants, which surprised us. You wouldn’t think plants and rust have much in common, but they have more in common that we expected.”

In the lab, Durrant fires short laser pulses at particles of hematite (rust). The aim? To work out how to make the charges last long enough to do something useful.

He’s optimistic, however, that these approaches will help us find new sources of energy. “To make something useful it must be cheap, efficient and stable. Most materials are one of those, a few are two, but none are all three. That’s the big challenge,” he concludes. “Whether we’ll get something that competes directly with fossil fuels I don’t know. Biofuels will have an important role, but have limited scability. There are many forms of transport, such as aeroplanes, where if we want to de-carbonise, we’ll need sustainable fuels. If we could make fuels from sunlight, water and CO2 cheaply and sustainably, this could be truly transformative.”