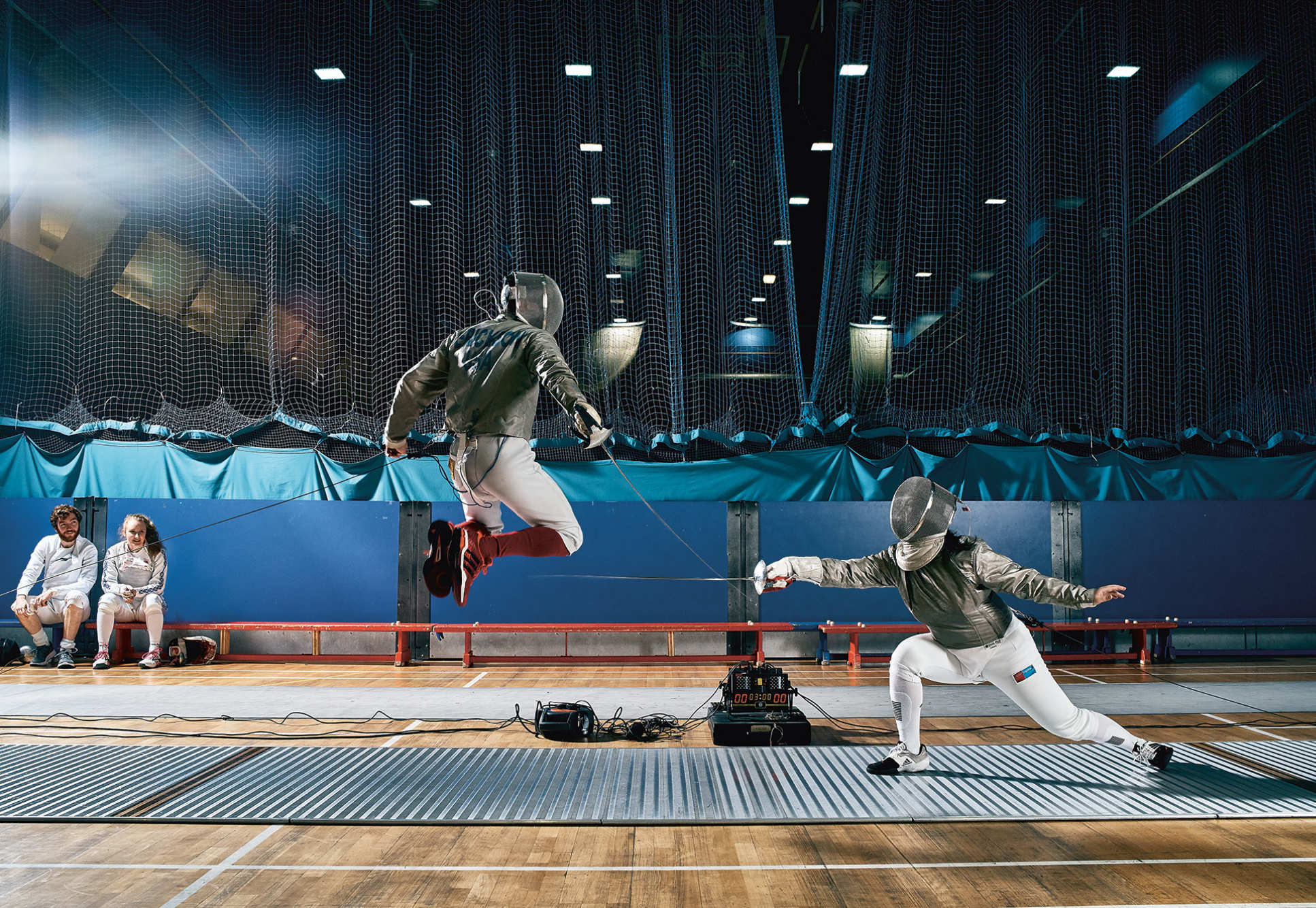 Ella Rice (fourth year MSci Chemistry) admits that “fencing is not necessarily the coolest sport”. But who cares about being cool when you captain Imperial’s officially most successful club (in terms of BUCS points)?

Fencing is a very emotional sport. You look your opponent right in the eye as you lunge"

With two women’s teams and three men’s, the Fencing Club is competitive as well as social. Rice and her teammate, Ailsa Morrison (third year Chemical Engineering) both took up the sport at a young age (aged eight and 11 respectively) and fenced at national level before coming to Imperial. Morrison enjoys the fact that men and women fence at an equal level, meaning that everybody trains together – but she concedes it is “sometimes difficult if my opponent is twice my height”.

Both use a foil as their weapon of choice, but the club offers beginners training sessions with all three types of sword: foil (the most common); épée (heavier and stiffer); and sabre (the edge of which can be used to slash and score points – “think Zorro,” says Rice).

These days the tips are electrified but, according to club secretary Ben Fry (third year PhD Mechanical Engineering), “we often break our swords in the process of scoring”.

Rice has even shed the odd tear when she loses. “Fencing is a very emotional sport. You are looking your opponent right in the eye as you lunge and parry.”

Happily, however, instead of a fight to the death, these days about is more likely to be followed up with a friendly race to the nearest café or bar.