Dr Richard Gill is dedicated to saving one of nature’s most important and hard-working creatures. 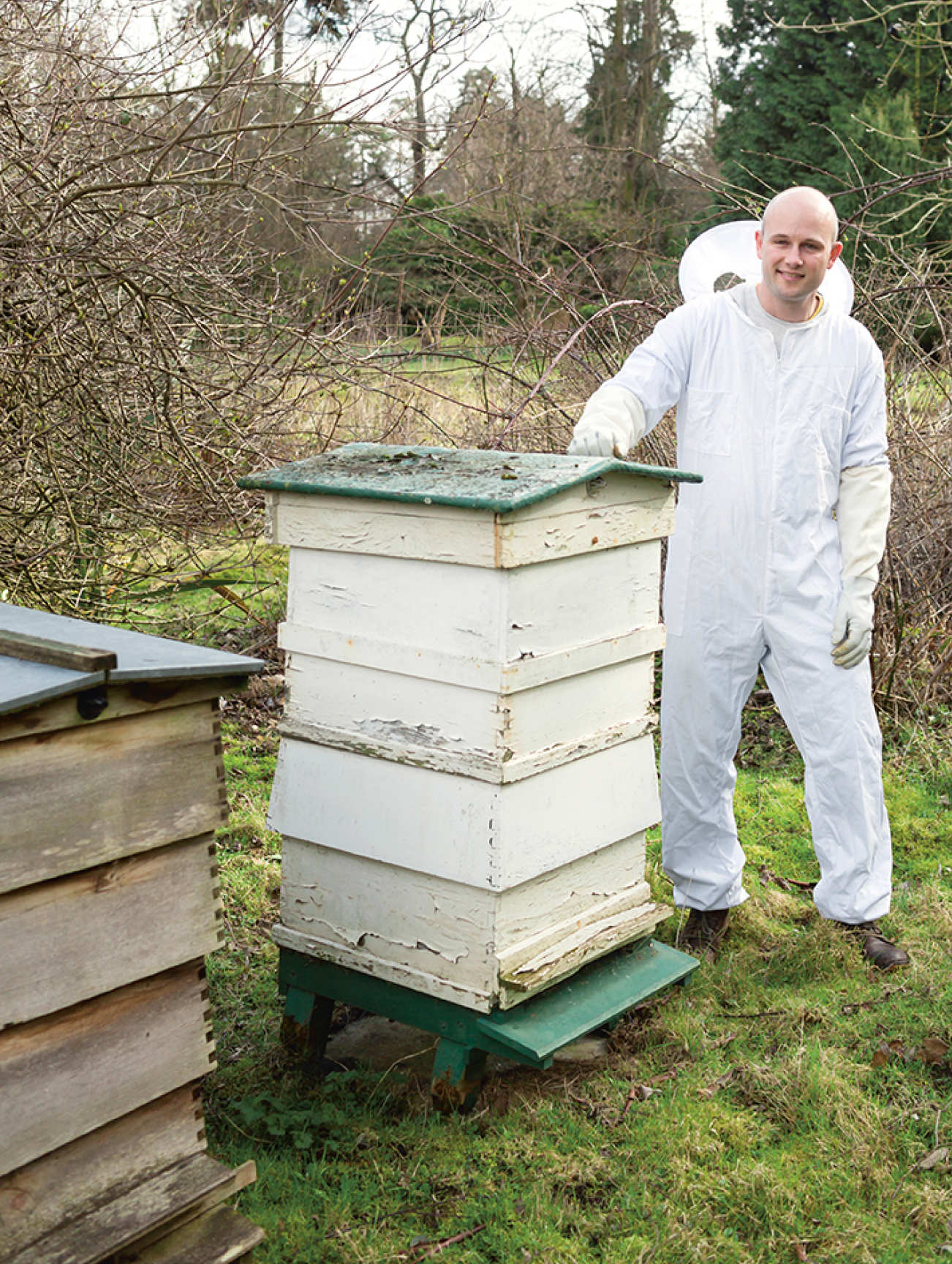 In the apple and pear orchards of the Chinese province of Szechuan, a new job opportunity has opened up: human pollinator. With a dramatic decline in the population of insect pollinators over the past few decades, fruit trees now need to be pollinated by hand in order to produce high quality fruit. Human pollinators have replaced the worker bees that once efficiently carried out the job for free.

We may be repaying the bees by making their lives difficult"

“It’s not clear what the causes of the decline were,” says Dr Richard Gill of the Department of Life Sciences. “But insect pollinators are incredibly important in terms of ecosystems processes, such as the pollination of wildflowers, and have an economic value of more than 150 billion euros every year by increasing agricultural yields. Bees are the biggest contributor to this service, and are also worth millions of pounds for the honey trade. They do a lot of work for us – and we may be repaying them by making their lives difficult.”

Gill’s work is focused on how bees interact with their environment and respond to rapid environmental change such as habitat loss, climate change, and the application of pesticides in the environment. The twentieth century saw some wild bee species become extinct altogether. It’s been widely reported that pesticides are to blame, but Gill and his team believe it is more complicated and is likely to be an interaction of different factors.

Gill’s past research used micro-tagging technology to reveal that bees exposed to a new type of pesticide  – neonicotinoids – bring back less pollen and that colony growth was reduced.  In a different type of study, where colonies were placed next to pesticide-treated fields, the number of new queen and new males was also found to be reduced.

However, both these studies had their limitations. Expose bees to pesticides in a lab and you’re creating an artificial environment. Study them in the wild and you can’t control what they’re exposed to. So for his most recent study, Gill combined the two methods.

“We took the lab into the field. We put bee colonies outside at the Silwood campus, where we could be fairly sure that the only pesticide exposure they got was from us. We also put colonies out as a control where we didn’t expose them to the pesticides.  It’s a combination of a realistic environment and controlled exposure.”

While previous studies had found sub-lethal effects on foraging behaviour, they weren’t replicated in this experiment. That could mean that there are more subtle effects, which are hard to detect. “But we did find the number of new queens and new males that were being produced by this colony was lower,” says Gill. “There are limitations to the study, but we think it is evidence to suggest that neonicotinoids can have an effect on colony fitness. And that’s very important in underpinning the population status of wild bees.”

The next stage is to work out what’s happening on a national scale. That means working out how to effectively monitor the bee population, and it involves thinking about all the factors that might be at play. The Gill team is now looking at how land use change over the whole of the UK might be driving changes and variation in different bee species.

“At the moment, we know that there are winners and losers,” he says. “Some bee species are suffering – their ranges have contracted massively. Some seem to have done just fine. Why are some coping and some not? If we can figure this out, we can start to target conservation actions and mitigation strategies. David Attenborough put it very well: if all the mammals or the humans disappeared from the face of the earth, not much would change. But if all the insects disappeared, the world would be a very different place.”