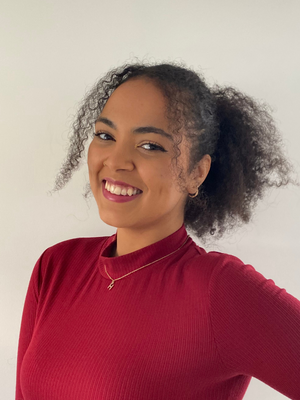 Attending a top-tier university is the dream for many aspiring medics, engineers and scientists, to name but a few. But studies show that there’s a problem – frustrated by a lack of a clear career path and access to relatable role models, too many pupils of Black heritage are failing to realise that dream.

That makes me one of the lucky ones, and it’s why I’m so keen to be part of Imperial’s Insight2Uni mentorship programme. I am the first in my family to go to university, so initially I learned about what to expect from things like YouTube. But the best information I got was from talking to actual students when I went to a summer school up in Edinburgh. Those students embodied what I wanted to be. They were only a couple of years older, but they seemed like adults, and I felt like that could be me one day. I loved being able to ask them questions and find out what university life was really like.

It was natural, then, that once I made it to Imperial, I signed up to support the outreach programme. I chose the Insight2Uni mentorship programme because it means I get to really know the high schoolers I’m mentoring throughout the year. I’m currently working with three London sixth formers; I met them in person earlier in the year, we have monthly catchups online – either one-to-one or as a group – and I’ll support them with their university applications through to December.

They are a talented bunch – sometimes I think they should be mentoring me! – but though they have the ambition and drive, they don’t quite believe in themselves. They’ll tell me the incredible stuff they’re doing but end with “whatever” or “it’s not that impressive”. My role is to help them feel more confident and help them figure out what they want. They might be feeling pressure from their family to study Medicine, for example, but they have to really want it for themselves.

I also ask them what their hobbies are outside of science. Obviously, universities are on the lookout for wellrounded candidates, but burnout is real. In sixth form you feel invincible, but the earlier you learn you need to take time to relax, the better. And I’m learning too – mentoring makes me reflect. For example, I’ll tell them to do something fun, and then I’ll go and spend 12 hours in the library! That’s not OK.

I love feeling like I’m making a difference, seeing students go from quiet and timid to sure and confident. One girl initially confessed she absolutely didn’t want to take entrance exams, then she came on a call recently and said: “I’m taking the University Clinical Aptitude Test next week!” I love seeing them gain in confidence, and I feel very proud of them.

As a girl growing up in an incredibly White area of Worcestershire, it wasn’t really until I got to London that I saw people who looked like me. Imperial is very international, and it would be easy to think that therefore everything’s fine, but of course the number of Black-heritage students at UK universities generally is very low. The real discrepancy I see, even at Imperial, is the lack of Black lecturers. Maybe we need a programme like Insight2Uni for Black professors?