For a laboratory-based expert, Professor Guillermo Rein has experienced his fair share of blazes. 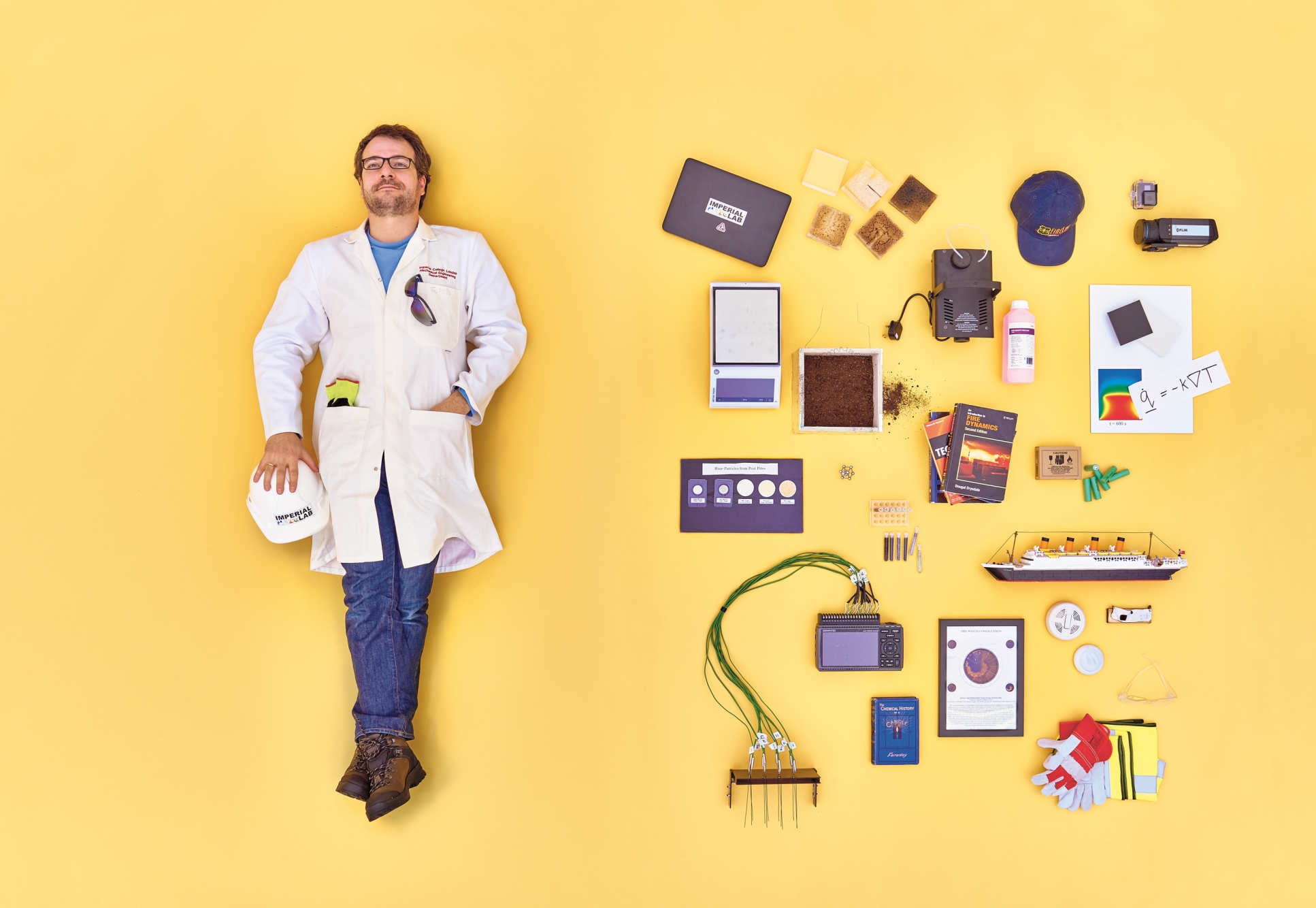 Every year, fires kill more than 150,000 people in the world. But  scientists still don’t know enough about the science of fire. “As an engineer I try to make sure our knowledge can be used for the  benefit of society,” says Guillermo Rein, Professor of Fire Science. “I’m happy if our research leads to new technologies that might truly help save lives and protect the environment.”

Fires have fascinated Rein since the beginning of his career, when he was sponsored by NASA to investigate how flames behaved in space, free of gravity. A mechanical engineer by training, he arrived in the US  from Spain shortly after 9/11, and was profoundly moved. “Today we are still studying the details of how fire caused those towers to collapse,”  he says. “It was a defining moment in fire science.”

Similarly, London’s Grenfell Tower fire of June 2017, which killed at least 71 people, was a tragedy his team could not ignore. One of his researchers was already investigating the flammability of façades containing polymers, but now his team are working urgently to help  understand whether high-rise blocks in other parts of the world are vulnerable. “Right now there are tens of thousands of buildings with façades that have different levels of flammability. We need to know immediately whether we need to act. We want to convert this tragedy into something positive so those lives were not lost in vain.”

Fire research is carried out at the Hazelab in the Department of Mechanical Engineering, where engineers, physicists and chemists conduct laboratory-based fire experiments to help inform larger-scale computer simulations. The team carries out a range of large-scale  studies, such as deliberately igniting an isolated farm building in Poland, then monitoring the fire with infrared cameras and precise  thermometers – the biggest-ever fire experiment to date.

As an expert on smouldering fires, his knowledge has helped with the analysis of historical events, notably the sinking of the Titanic. According to Rein’s research, a fire burning in the ship’s coal bunker, possibly for weeks before her final voyage in 1912, would have severely  weakened a crucial part of the hull. This would have caused the steel bulkhead to collapse and flood sooner than it might have.

“Crew at the time said the bulkhead had previously been red-hot  and warped,” says Rein, who has been presenting his findings at  international conferences and will publish them shortly in the academic press. “We showed it would have lost ten times its strength. Had the bulkhead held longer, it’s possible the Titanic could have stayed afloat in time for rescue to arrive.”

Currently, he is engrossed in understanding the dynamics of naturally occurring peatland fires, the largest fires on Earth, in the likes of Indonesia, Malaysia and Russia. “Our team was the first to consider how current climate change affects smouldering peat fires, which will then  affect our future climate,” says Rein. “Geoscientists are now taking it  into account in their calculations, partly thanks to our research.”

From top, left to right: