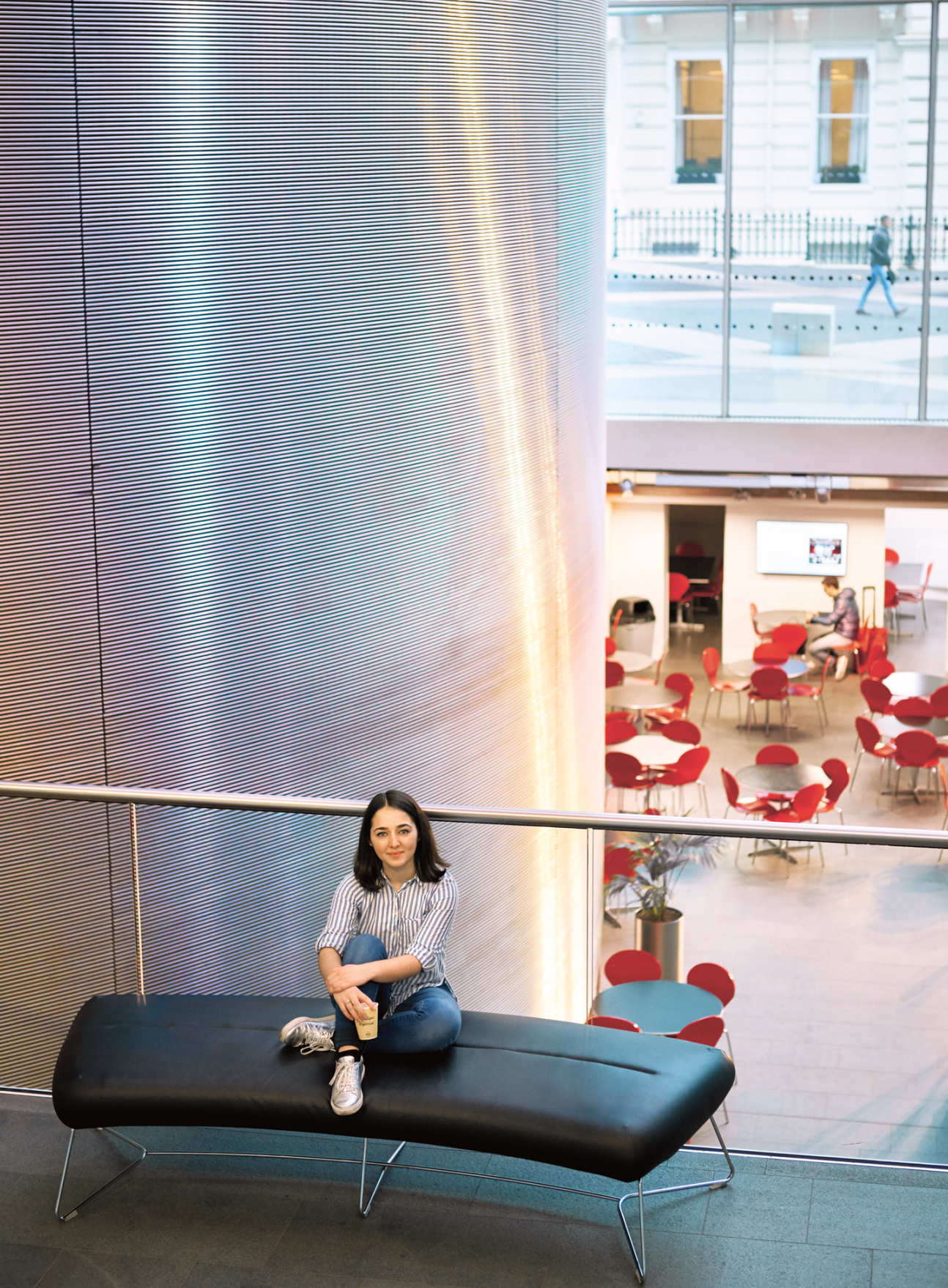 I used to come to Imperial all the time when I was  little because my dad was a cleaner here. That was when they were building the Business School, and I loved the huge cylinder in the café, which I always called the ‘baked bean tin’. There are lectures in there now, but, at the time, I just thought it was  big, shiny and impressive.

I thought I’d study at Imperial at some point in my life and the Master’s in Science Communication sounded perfect. I’ve always wanted to be a science journalist, or someone who communicates about science, and it teaches everything from writing to documentary and radio production.

In the future I’d like to do a mixture of writing  and documentary, but for the moment I’m focusing  on the written side. I’m also freelancing as a  journalist for Pulse, a magazine for GPs; I’ve just done an investigation into cervical cancer tests  that were incorrectly labelled ‘all clear’, which was picked up by the national papers. I’m very keen on investigations: going out and finding stories  rather than just re-reporting. Apart from it being important, it also gives you a bit of a rush.

Imperial is internationally known as being one of  the best, but more diversity in its students would make it even better. I think it’s important that  the university encourages people from different backgrounds to come here, especially women, people of colour and people from poorer backgrounds.

Although I don’t study at the Business School, I often go to the café because it reminds me of going  there with my dad. It’s a nice place, and a good spot to people-watch because a lot of people walk through it to get in and out of campus. I’ve seen  many stressed students walking around talking to themselves, especially at exam time.

Sometimes I’ll study there if I have an afternoon  class. I usually just meet up with friends from my  course, bring a packed lunch and have some tea; I’m a massive tea-drinker. It was so nice to be able to tell my dad that I was coming to Imperial, like things had come full circle.

Elisabeth is studying for a Master’s in Science Communication and is a reporter for Pulse magazine.